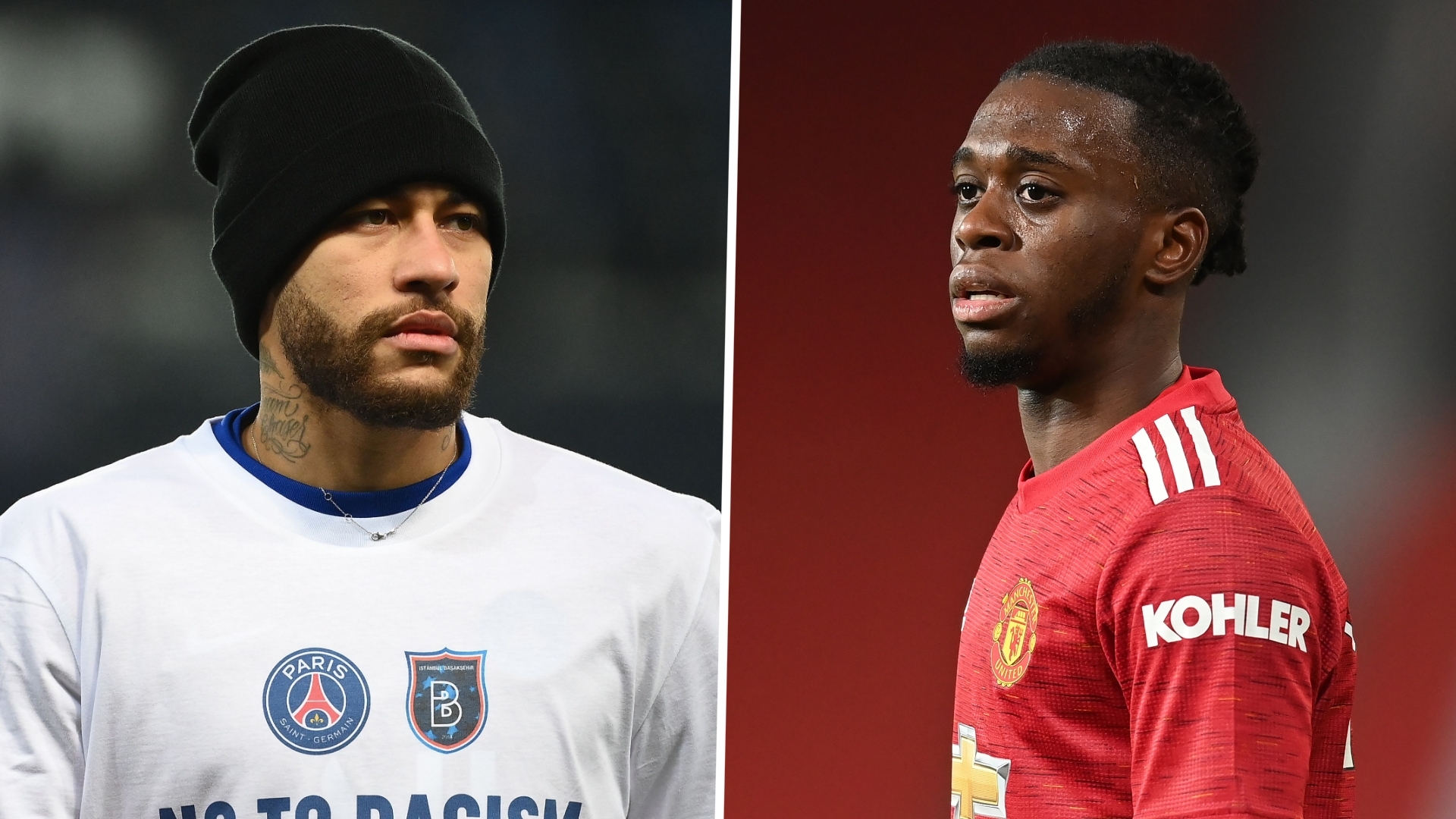 Aaron Wan-Bissaka has named Paris Saint-Germain superstar Neymar as his toughest opponent, with the Manchester United full-back admitting that facing the Brazilian forward can be “quite challenging”.

Since securing a £50 million ($70m) move to Old Trafford in the summer of 2019, a highly-rated 23-year-old defender has lined up against some of the finest talent that English and European football has to offer.

Premier League challenges are faced head on week in, week out while continental glory has been chased down on Champions League and Europa League stages.

“That was a player that was quite challenging, but I was always up for it, and I enjoyed it, the experience, to be playing against him. That meant a lot.”

When did Wan-Bissaka face Neymar?

United were paired with PSG in the group stage of the 2020-21 Champions League.

They fared admirably against the Ligue 1 title holders at Parc des Princes, with Ole Gunnar Solskjaer’s side securing a notable 2-1 win.

They found the going a little tougher at Old Trafford, with a 3-1 defeat contributing to the Red Devils slipping out of elite continental competition and into the Europa League.

Wan-Bissaka lined up against Neymar in both of those fixtures and has added on the approach he took when trying to contain one of the very best in the business: “He’s a player that likes to draw fouls, and so for me, if I’m up against him, it’s [the task is] just not to give him any fouls because that’s what he wants.

“Defenders are most likely [to be] targeted on the pitch, to be taken on. That comes down to concentration, awareness, and it’s something you have to be prepared for the whole 90 minutes.

“For me, I mainly look at what foot they are. That will be the main information that I’ll need, and it’s just about timing, showing them onto their weaker side and then taking it from there.

“Concentration [is key]. It’s not always about diving in; it’s to wait for their move rather than me making the first move.

“For me, [defending] is exciting, especially with the fans [and] the fans’ reaction. That keeps me going, and it just [makes me want] to make more tackles.”

While Neymar watched on from the stands on Wednesday as PSG edged out his former club Barcelona to book a place in the quarter-finals of the Champions League, United are readying themselves for a return to Europa League duty.

They are set to take in the first leg of a heavyweight last-16 showdown with Serie A giants AC Milan on Thursday, with Wan-Bissaka set to see more questions asked of his defensive qualities during a two-legged clash with the Rossoneri.