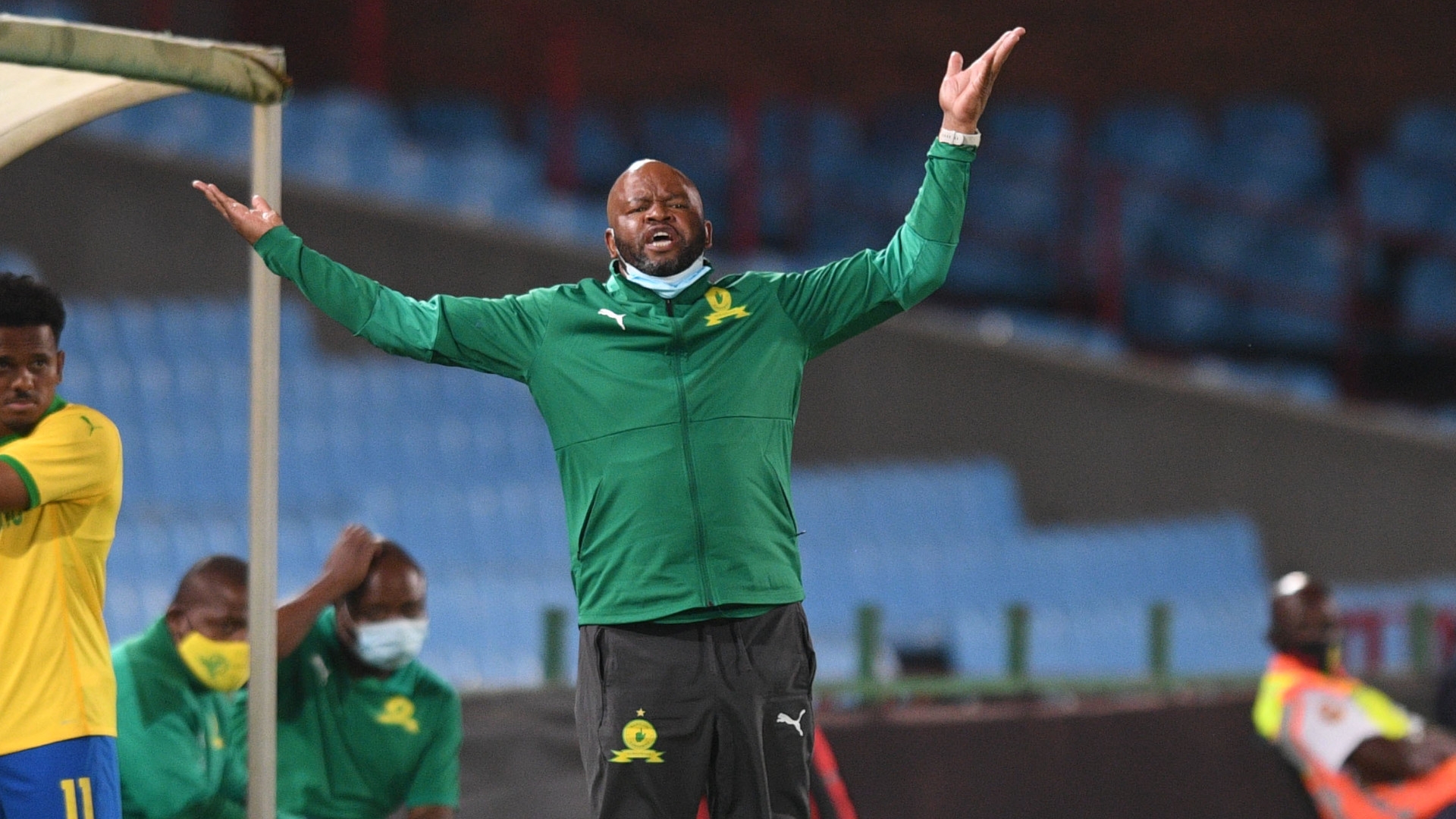 For now, Pitso Mosimane has prevailed over a team he helped build but the second leg awaits both sides

For the third season running, the two sides met at the quarter-final stage and this time around, Al Ahly coach Pitso Mosimane was facing his former team, Masandawana.

Mngqithi has expressed disappointment in that they controlled much of play on Saturday but their dominance did not translate into goals.

“I still believe we were the better team football-wise but we lost the match. I’m very happy with the way the players played, I think they performed very well,” Mngqithi told the media.

“I have never seen a team coming to Egypt and dominate Al Ahly in terms of possession. To see Al Ahly playing a counter-attacking game at home was also very interesting for me. This was in the first half and the second half is in Pretoria.

“We started the game very well, kept the ball well, and played very good in the half spaces. We forced them to be on the backfoot but unfortunately we did not take the chances that we got. We hit the upright post and also missed with a header from a corner kick.

“And the second half was also good but surprisingly when we played better in this period we did not create as many chances as we did in the first half. [Ahly goalkeeper] El Shenawy came to the party and saved them from a corner kick. If we had scored, it would have opened the game a little bit.”

It was a match in which Sundowns were forced to protect attacking midfielder Gaston Sirino by substituting him for Kermit Erasmus in the 68 minute after the Uruguayan was at the end of numerous fouls from Al Ahly players.

“He was kicked a lot and he was beginning to move away from the number 10 position and coming back to play more like a deep-lying midfielder,” said Mngqithi.

“It was not helping us because that is where we wanted to make more numbers in and around the opposition box. He was kicked far too many times without the opponents getting any bookings. He was forced to end up going a little backwards so that he could play facing the game.”

Sundowns are now preparing to host Al Alhy in the return leg next weekend where they need a convincing win to reach the semi-finals.

Mngqithi is refusing to throw in the towel and says they can overturn Saturday's result.

“On the percent of what is likely to happen at home I will give Sundowns 60 and Al Ahly 40. I think the attitude and the fact that we will be playing at home will give us a little bit of an advantage. We are a team capable of scoring a lot of goals,” Mngqithgi continued.

“The only setback is that we conceded two goals. If we had conceded one, I would believe that we would come back stronger.

"We wanted to get at least one goal but unfortunately  we ended up getting nothing at all which is a setback. But I know what my team is capable of. Al Ahly will never last long in Pretoria if they play with the same intensity they showed today.”