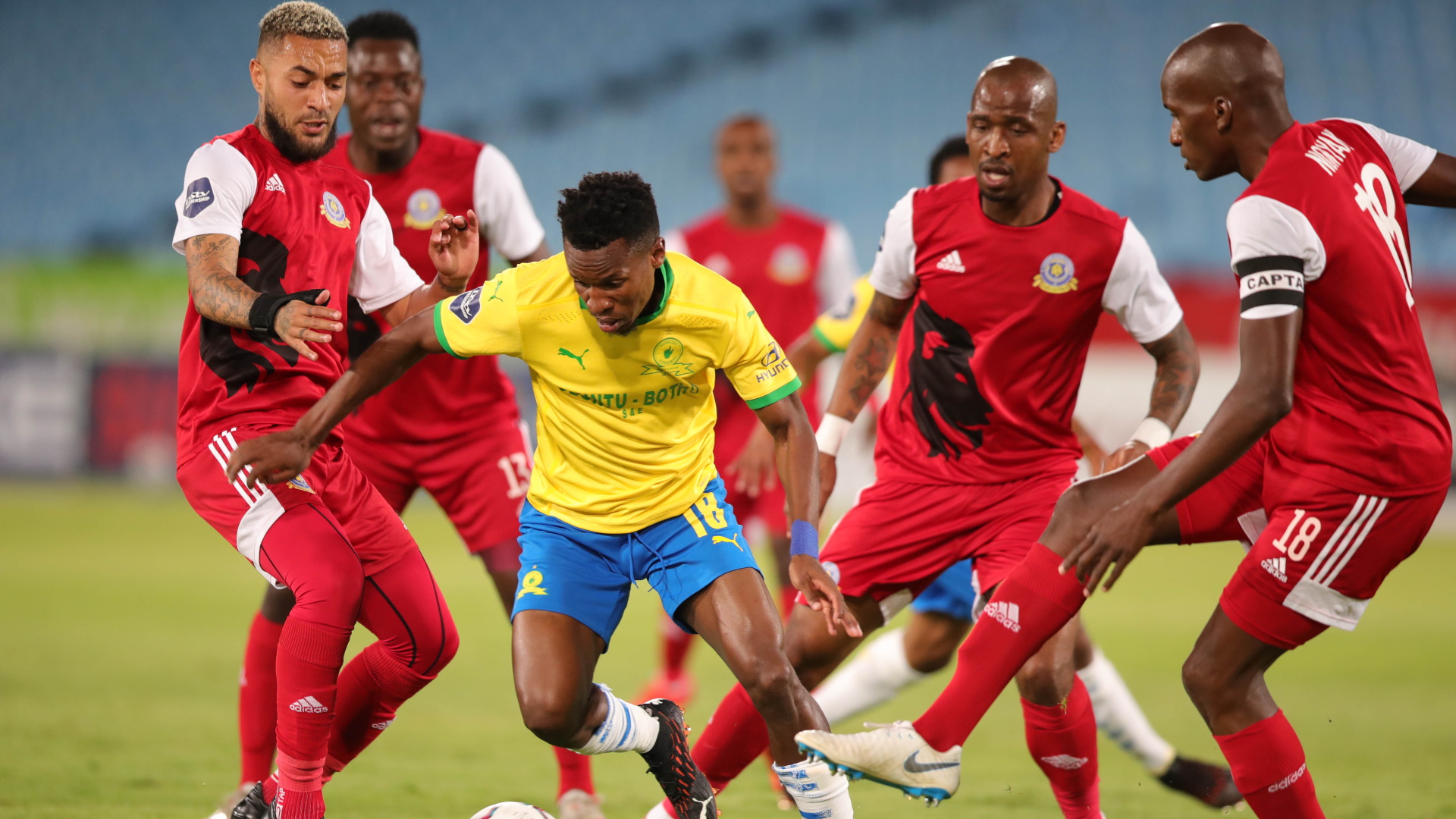 Mamelodi Sundowns will be hoping to edge closer to retaining the Nedbank Cup when they host Tshakhuma Tsha Madzivhandila in Sunday's semi-final match at Loftus Versfeld.

The winner will meet Chippa United in the final after the Chilli Boys beat Pretoria Callies 1-0 in the other semi on Saturday.

For TTM, it will be a bid to stun the much-fancied Brazilians and reach the final of South Africa's premier knockout competition in their maiden top-flight football season.

Sundowns will miss the services of forward Lebohang Maboe, who is suspended, after picking up his fourth yellow card against Pirates last Thursday.

But with Mauricio Affonso and Sibusiso back from injury, the Brazilians coaches might not be worrying much as they have enough cover for Maboe's absence.

Also missing is Andile Jali, who is still out nursing an injury sustained while on national duty with Bafana Bafana at the end of March.

After being spotted participating in full training, Kermit Erasmus could return having missed the last eight games due to an injury picked up on March 10 in the Round of 16 of this competition.

TTM arrived in Gauteng with no player suspended for this game.

The club has, however, not issued any statements on the health status in their camp as co-coaches David Mathebula and Mpho Maleka would be hoping to have all their best players available against seasoned Sundowns.

Only SuperSport United have retained the Nedbank Cup during the PSL era and Sundowns will be attempting to match that feat after clinching the same piece of silverware last season.

They have won this competition five times before and they come up against a TTM side also determined to cause an upset and claim their first-ever major trophy.

Only 12 days ago, Sundowns and TTM met in a Premier Soccer League match at Peter Mokaba Stadium with the Brazilians romping to a 3-1 victory.

TTM could, however, be confident that victory is possible against Sundowns, whom they held to a 0-0 draw in the reverse league fixture at Loftus Versfeld last October.

In reaching the Nedbank Cup semi-finals, TTM eliminated SuperSport United in the first round, before knocking out Swallows FC in the Round of 16 via a penalty shootout following a 2-2 regulation time draw.

After dismissing the then in-form teams, they saw off their Limpopo rivals Black Leopards in the quarter-finals.

As for Sundowns, before the big victory over Pirates, they had ran past Stellenbosch and Polokwane City.