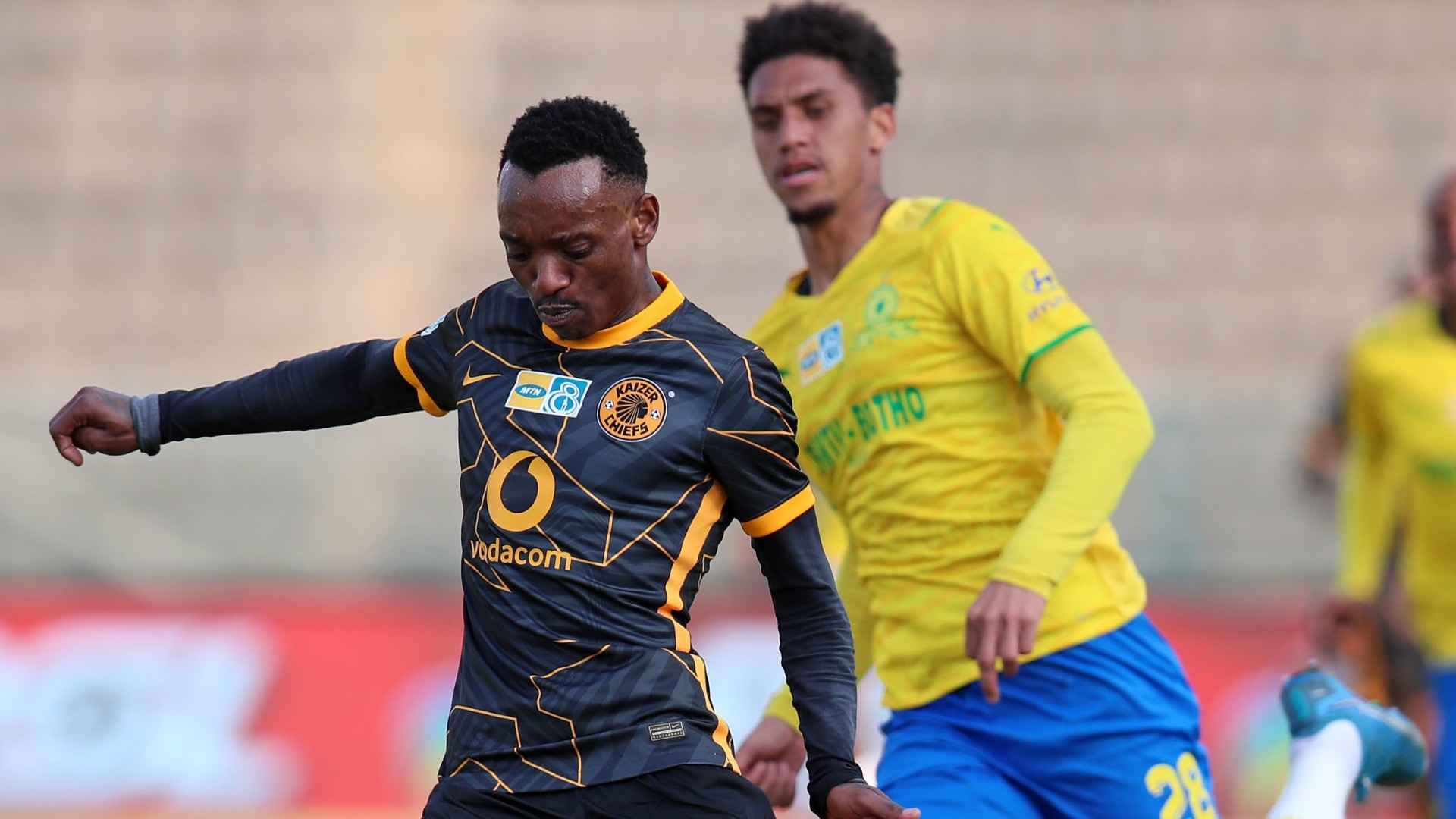 Kaizer Chiefs’ bid for a first Premier Soccer League title since 2015 continues on Sunday when they take on defending champions and hosts Mamelodi Sundowns at Loftus Versfeld.

With Chiefs having won their last league outing, a 2-1 victory over Baroka FC at home, they are keen to continue on that path in these early days of the league marathon.

But that quest will see Sundowns standing in their way as the Tshwane giants are eager to pick themselves up from an unconvincing run of form.

Sunday’s match comes just less than a month after Masandawana knocked Chiefs out of the MTN8 at the quarter-finals stage via a penalty shootout.

That sets the Soweto giants on a mission to reclaim bragging rights which they ended with last season over Sundowns.

Masandawana are expected to welcome back from injury key players in Themba Zwane and Mosa Lebusa as per the coaches’ forecast just before the international break.

The two missed Sundowns’ last two games, the 0-0 league draw away at Chippa United and the MTN8 semi-final, first leg 1-1 share of spoils against Golden Arrows.

Mothobi Mvala is definitely back after he missed their last match but recovered in time to do national duty with Bafana Bafana.

Gift Motupa and Khuliso Mudau are doubtful for this game while Lebohang Maboe is ruled out as the attacker is set to miss the rest of the season with a knee injury.

Despite starting against Baroka, Dolly is yet to reach the best shape Baxter wants him to have.

Billiat was being checked if he returned from international duty with Zimbabwe without any knock and is expected to feature against Sundowns.

Forward Leonardo Castro is ruled out as he is recovering in his native Colombia after undergoing surgery.

Defender Siyabonga Ngezana is far from returning from injury, according to Baxter, while Dumisani Zuma has started doing light training and will not be fit for Sunday’s tie.

The Loftus Versfeld battle comes as Chiefs and Sundowns each have four points so far in this campaign.

Sundowns edged AmaZulu 1-0 in their league opener, before being held by Chippa United.

Amakhosi, on the other hand, started their campaign with a 0-0 draw away at TS Galaxy and then the win over Baroka in what has been viewed as improvements.

But while Sundowns are still unbeaten in the league, their performances have been criticised this season.

The way they surrendered a 2-0 lead to Chiefs who clawed back to claim a 2-2 draw after extra time in the MTN8, before sneaking through via penalties angered their fans.

Then Masandawana needed a Zwane penalty to edge Usuthu, before firing blanks against Chippa while the MTN8 draw 1-1 against Arrows was also unconvincing.

With the Brazilians eliminating Amakhosi from the Cup competition, it is, however, Chiefs who enjoy bragging rights in the PSL after beating Sundowns 2-1 in their last league meeting in April.

Interestingly, that match was played at Loftus Versfeld where they return on Sunday.