Mamelodi Sundowns coach Mngqithi: It would be better to lose in 90 minutes 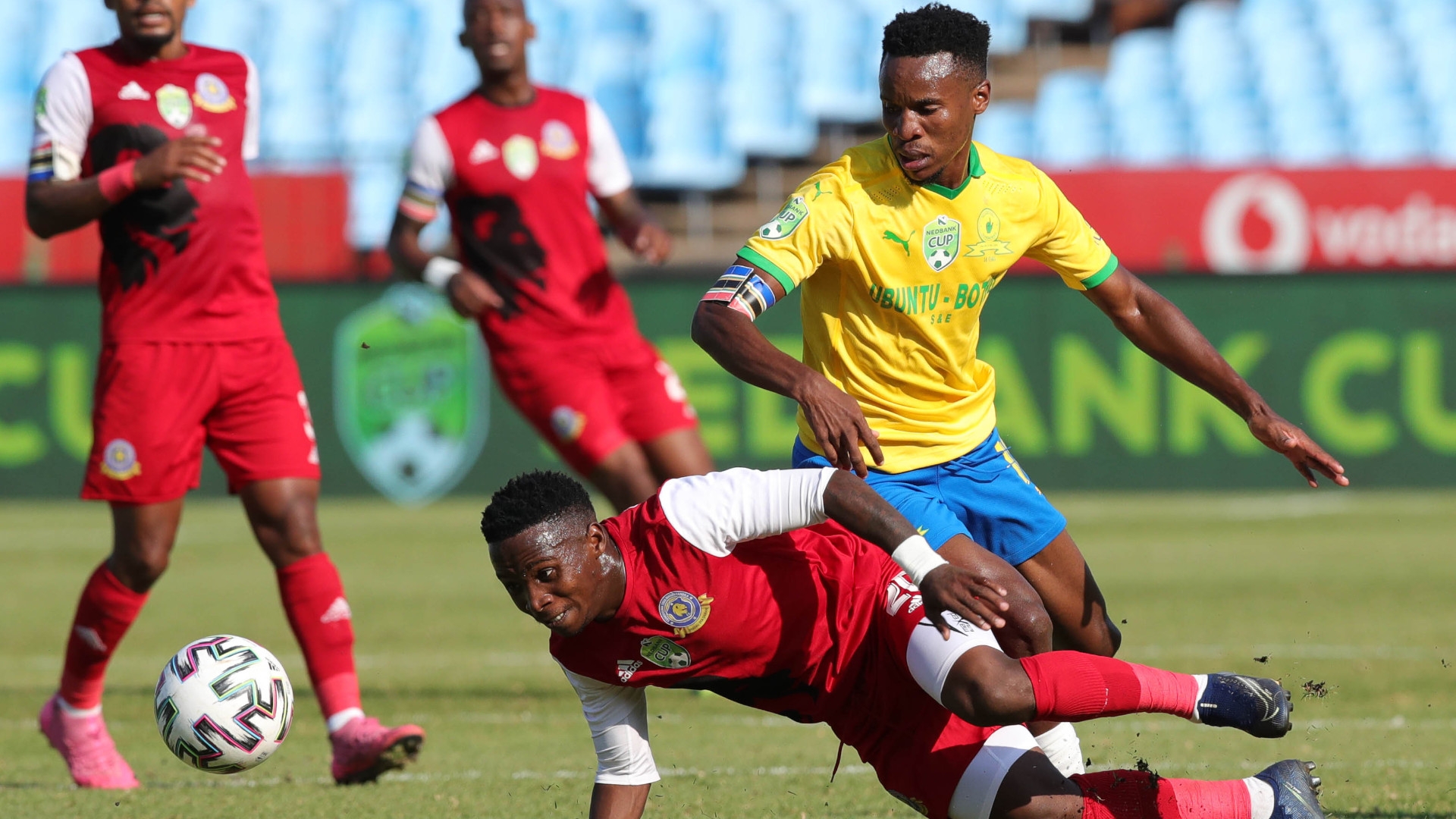 In the midst of a very heavy fixture schedule, extra time and penalties in Sunday’s Nedbank Cup semi-final against TTM were a worst-case scenario for Mamelodi Sundowns coach Manqoba Mngqithi.

It was a match which will largely be remembered for the heroics of TTM goalkeeper Washington Arubi, who made a string of outstanding saves in regulation and extra time, before proving decisive in the penalty shoot-out by saving Hlompho Kekana’s spot-kick as the Limpopo side won 6-5 after a goalless 120 minutes.

“In football, you must always accept that some of these things happen. We lost the game, but I believe we played very well, [well enough] to be able to win it. But unfortunately, it was not to be, and they must be congratulated,” Mngqithi told SuperSport TV after the match.

“They [TTM] put up a very good fight, they defended very well and they managed to drag the game on for long. And it was always going to be tough for us, considering that we had another cup match on Monday.

“But be that as it may, we pushed them very hard, we created scoring opportunities, Washington was just there at the end of every ball and no wonder he was the man of the match.”

It was only a third loss in all competitions for Downs this season and there won’t be time to regroup – the Brazilians play AmaZulu and Kaizer Chiefs this week and then Orlando Pirates shortly after that.

“We don’t have a chance, we have to pick ourselves up, we have another tough one [against AmaZulu] on Wednesday,” Mngqithi continued.

“Which requires a lot from us. It’s important that we come back quicker and not slumber because of the result of today.

“In hindsight, you can say it would be better to lose in 90 minutes than to go all the way to penalties when we’ve got such a tough match on Wednesday.

“But we are a big team, we’ve got the personnel. We were unfortunate today that some of our key players had to pull out at the 11th hour.

"Denis [Onyango] and Mosa [Lebusa], but truth be told we never struggled in that regard - we could not score because [TTM] made our life very difficult.”

Sunday’s defeat ended Downs’ hopes of a treble, but they can still win the PSL and the Caf Champions League.