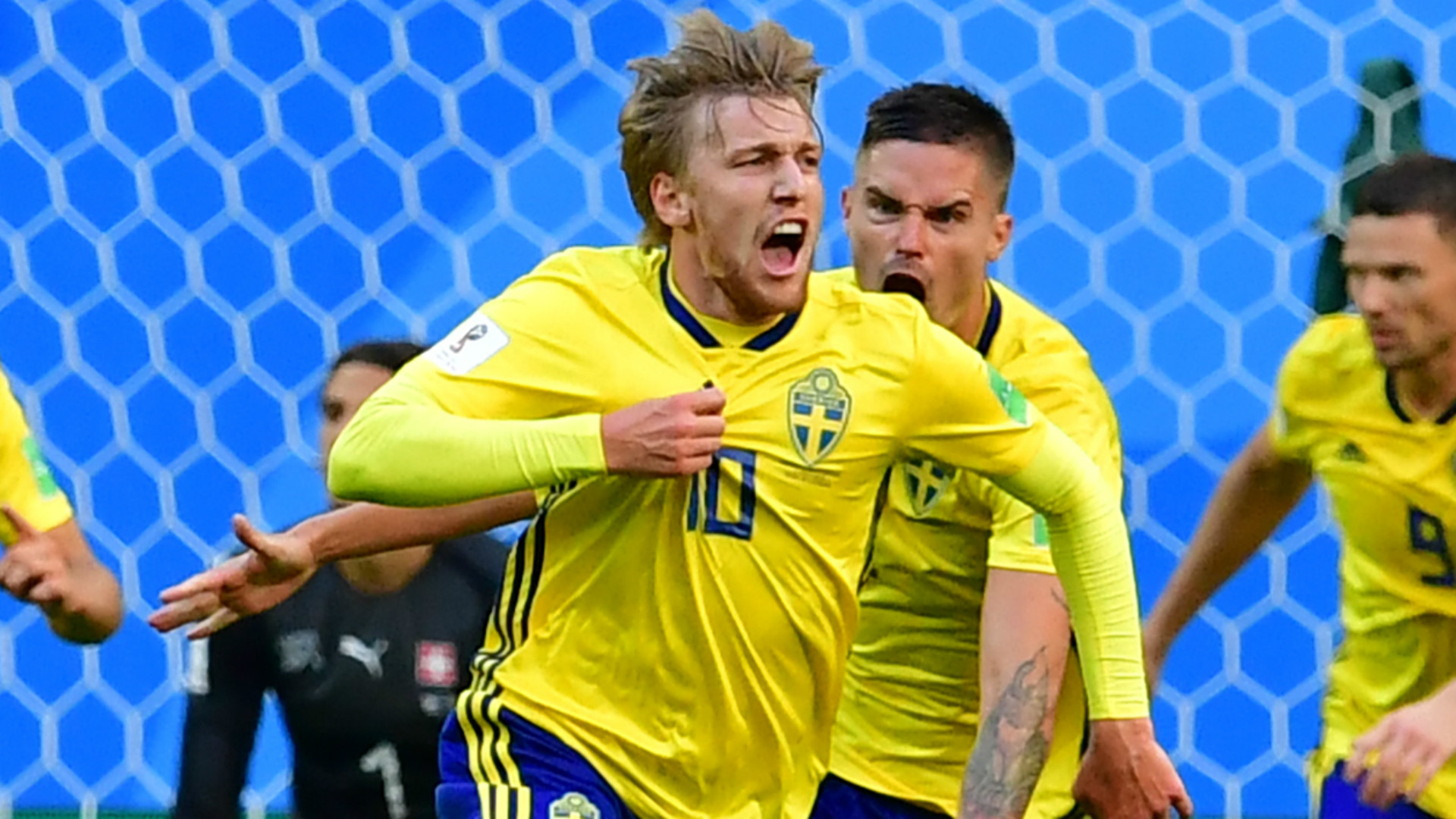 Emil Forsberg may have been linked with the likes of Arsenal and Liverpool, but fellow Swede Johan Mjallby doubts he is good enough for a leading Premier League side.

The 26-year-old winger has registered on the transfer radar of English clubs following a number of assured displays for Bundesliga outfit RB Leipzig.

He has admitted to being a big fan of Premier League football, having sparked talk of interest from Manchester United in the past, but has seen no official offers tabled.

That situation may change this summer, once World Cup duty comes to a close, but Mjallby believes the step up a title-challenging team could be too big.

The former Celtic defender told BetStars ahead of a quarter-final clash for Sweden against England at Russia 2018: "Emil Forsberg is the one player the team rely on to do the unexpected for Sweden.

"He's a very good player, but I'm not sure if he would be able to break into one of the top sides in England.

"He's done well in Germany, but the top four in England are very good sides.

"He's a good player and it will be good for him to be playing against top-class players, but it's hard to say if he would break into one of the top four sides in England at the moment."

One Sweden star who is already on the books of a top Premier League side is Manchester United defender Victor Lindelof.

The 23-year-old endured a testing debut campaign at Old Trafford in 2017-18, as starting berths proved hard to come by, but he is being backed to come good.

"We have to give him a bit of time, he's still quite young, he played really well for Benfica, and he's had a bit of a difficult season for Manchester United, but I think they need to have some patience.

"We can see he's performing well for Sweden, he looks comfortable against really good players. In the Champions League games when he was picked by Mourinho I don't think he did that badly.

"The big challenge is going to be next season when he tries to break into the side and become a starting player for Manchester United.

"He's got the attributes to become a really good defender, but in England we haven't seen the best of him yet, but we have to be patient with him."