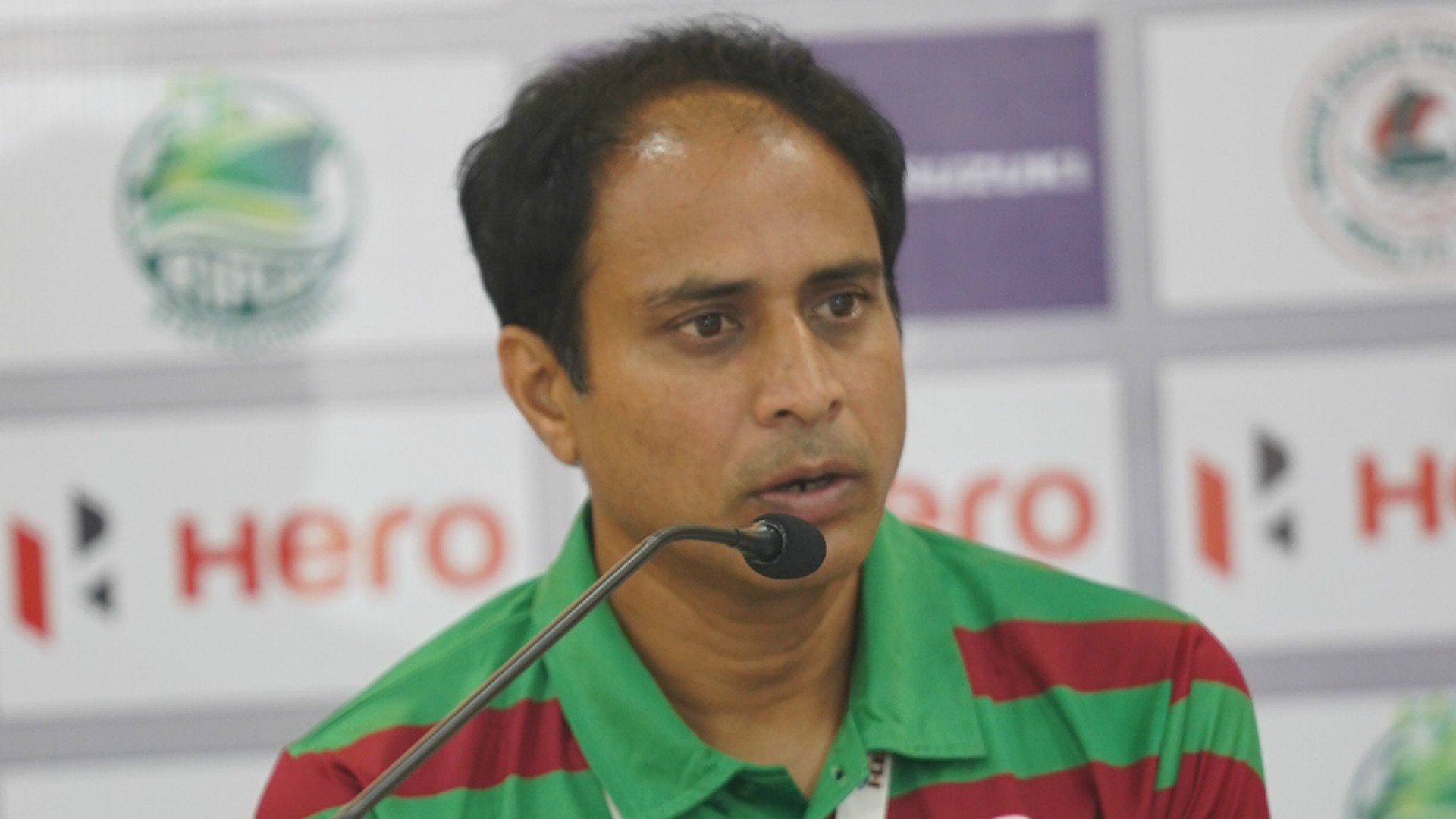 East Bengal won the bragging rights in the high profile Kolkata derby as they edged past Mohun Bagan 3-2 on Sunday evening. The Green and Maroon were down to ten men as Eze Kingsley was given his marching orders in the 59th minute.

Coach Shankar Lal Chakraborty refused to blame the referee after the derby loss but mentioned that his team continued to fight until the last minute. He also pointed that Jaime Colado should have been booked given that he was playacting.

“We cannot comment on refereeing. You have watched the match. We will analyse the match later. I cannot say that referee affected the match. The referee is also human and he can make mistakes. Overall it didn't work for us,” said the Bagan coach.

“We never gave up till the last match. Kingsley didn't deserve the red. Colado was play acting should have been cautioned. I did not see anything special in Jaime Santos Colado.  We are not disappointed.  I won’t blame Kingley. He knew he was on a yellow. It's a derby match so it happened with the flow,” he further added.

Mohun Bagan are eighth on the I-League table but Chakraborty hasn’t given up hope of the league title.

“I cannot say that the title race is over. The point gap is less and so if we win next couple of matches we will be back in the title race.

“There was a positive attitude as even after going down to 10 men we fought. The turning point of the game was that we missed so many chances.”

Mohun Bagan next come up against Minerva Punjab on the 19th of this month and Chakraborty immediately turned his attention to it.

“The time is too less before next game. I am concerned about our recovery especially the mental aspect as we have just lost the derby.”