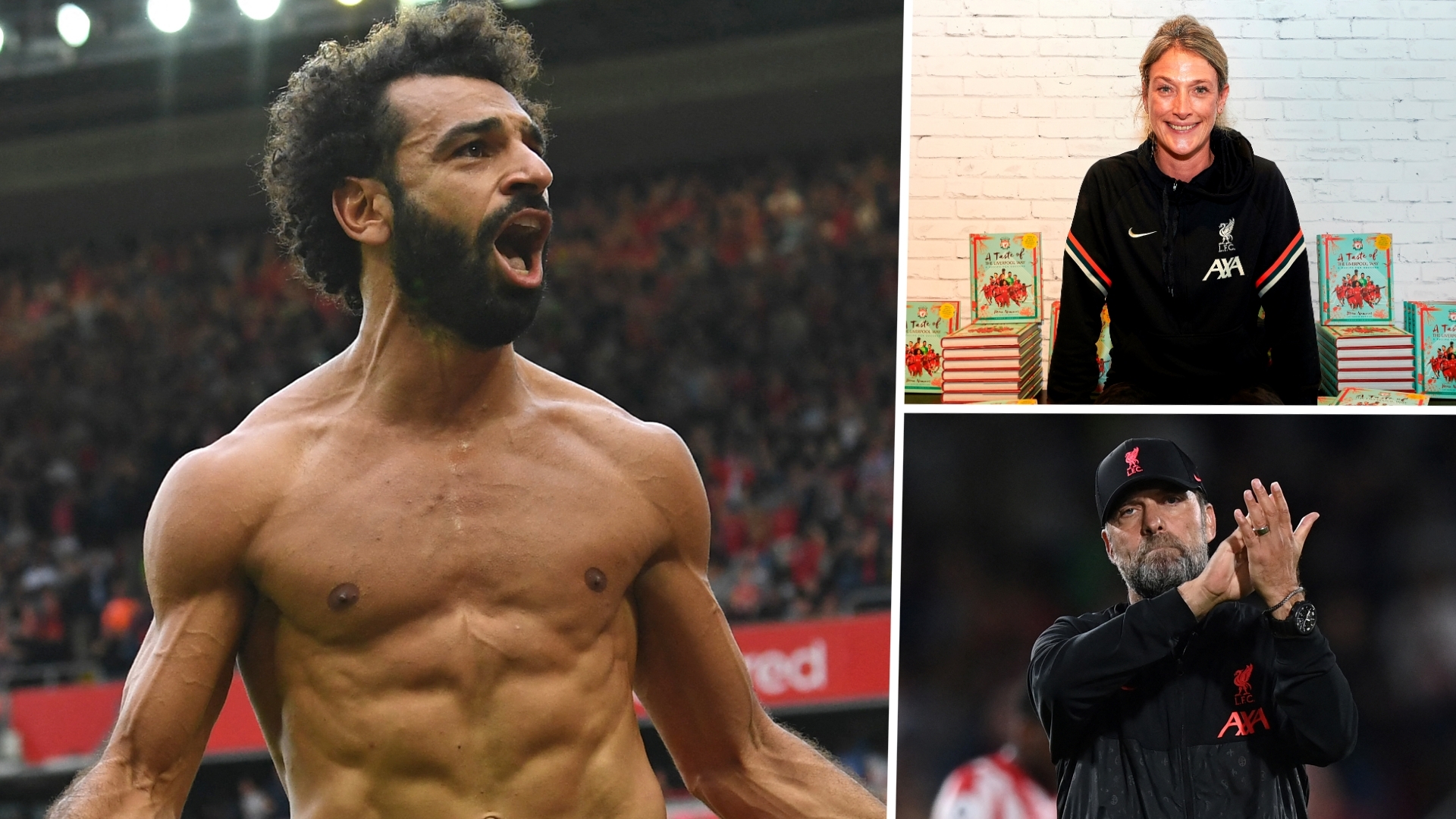 In an exclusive interview with Goal, the Reds' head of nutrition, Mona Nemmer, explains how important a healthy diet is to Jurgen Klopp's squad

If you asked Jurgen Klopp to name the most important signings he’s made as a manager, there’s a fair chance the name Mona Nemmer would crop up.

Nemmer is Liverpool’s head of nutrition. Hugely popular and hugely respected, she is, in Klopp’s words, “a transformative figure for professional football,” and “one of the most important team members at LFC”.

Klopp’s players adore her, and lean on her heavily.

“Mona and the chefs have all played a big part in our success,” says Virgil van Dijk. Joe Gomez says Nemmer and her team have “completely evolved” his understanding of what to eat and when. “Mona does an amazing job,” Andy Robertson adds. “She is outstanding.”

Nemmer has worked in football since 2009. She was the chef and nutritionist for the German Under-21 side for four years and spent three as head of nutrition at Bayern Munich, working alongside Pep Guardiola. She joined Liverpool in 2016, Klopp having received a series of glowing recommendations from Bundesliga contacts.

“The importance of nutrition to professional athletes was becoming more obvious and I wanted the best for Liverpool,” he said. “I asked players, coaches and managers from around the world and the same name kept coming up: Mona!”

Nemmer’s job was a big one; to basically overhaul Liverpool’s entire approach to nutrition. She joined up with the Reds squad at a pre-season training camp in Palo Alto, California, and remembers feeling nervous, apprehensive, under pressure.

“I travelled over two or three days before the players,” she tells Goal, speaking at an event to launch her new book A Taste of the Liverpool Way, for which Klopp has written the foreword.

“I knew as soon as I landed that everything needed to be bang on. When you try to change peoples’ nutrition, you need to be so convincing. You only get one chance, and that’s the first chance.

“I spent a lot of energy and thought on how I would impress them. And not just to impress them once, but to gain their trust for the long term. Nutrition has so much to do with trust, because once the trust is there, then you can start building and playing around and changing and tweaking.”

Her impact was instant. She had asked Klopp not to formally introduce her to the players, hoping her work, the buffet she laid on for the squad at the team hotel, would speak for itself.

It did. Klopp noticed, within a couple of days, that players were spending longer together in the dining room, that they were lingering at the various stations Nemmer and her team had set up, intrigued and impressed by the vast array of choices on offer.

“I had not seen that atmosphere before,” Klopp would later tell The New York Times. “Usually, in pre-season, the players eat as much as they can, as fast as they can. But they were staying to eat, and they loved it.”

Six years on, Nemmer’s influence is everywhere, from the bespoke, science-led nutrition plans each and every player must follow, to the lay-out of the canteen at the club’s AXA Training Centre in Kirkby.

“My job is to make sure the players eat the right food at the right times,” she says. “But nutrition is about more than food intake, it’s about how food is prepared and presented, and how that plays into our health and wellbeing.”

The canteen, she says, is “like a marketplace”, with more choice than you would find in most supermarkets. Ingredients, wherever possible, are organic and locally sourced, all dishes and sauces are freshly prepared on site.

Specific ‘LFC recipes’ have been created for things like sourdough bread, tomato sugo (sauce) and the popular ‘9.30’, a mix of yogurt, granola and berries, which is eaten as an evening snack – hence the name.

Chalkboards are positioned around the room, offering pointers and reminders about the importance of things like hydration, vitamins, protein and carbohydrates. The aim is to ensure that players are not only eating and drinking, but learning too.

“We surround them,” Nemmer smiles. “The food choice is so colourful and interesting, so there can’t be a wrong choice!”

In terms of meal-plans, each player has their own. All are based around four main meals per day, but Mohamed Salah’s, for example, might be very different to Joel Matip’s or Jordan Henderson’s.

“That’s the thing with a team sport, we have so many different types of athletes,” Nemmer says. “Then, we have different ethnicities, body composition, height, weight. We have players that play consistently, every single game, and then we have some players who maybe don’t get so many match minutes.

“Therefore, we need to provide a really individualized thing, to get everyone ready.”

Plans are continually updated and tweaked. Nemmer receives daily updates from Liverpool’s coaching and medical departments, and uses GPS data from training, as well as metabolic information, to inform her decisions.

Knowledge is key, with players encouraged to learn, ask questions and make decisions for themselves. No food is “forbidden”, strictly speaking, but the merits of “clean” ingredients and preparation – steaming instead of frying, for example, or the use of dairy alternatives – are heavily stressed.

“Product knowledge”, as Nemmer calls it. “We can’t make a tailored plate for every player for every meal,” she adds. “So, education plays a massive role for us. The players need to have a deep knowledge, so they can make their own decisions on what to eat and when, what their body needs on a specific day or at a specific time.”

Some players, such as Gomez or Alisson Becker, consider themselves solid chefs at home, while others, like Van Dijk or Fabinho, rate their culinary skills a little lower. Naby Keita, meanwhile, remembers narrowly avoiding a catastrophe when cooking fish in a frying pan.

“I got distracted and forgot to add the oil,” the Guinea midfielder laughs. “When I went to add it, it all went up in flames. Now I keep a good distance when cooking!”

Nemmer’s support is 24/7. She offers one-to-one lessons and group workshops, both for the players and their families.

“It has to be done,” she says. “Nutrition is now a part of a player’s training regime, part of their matchday regime. They need to be aware of how everything has an impact on their performance, however small.”

Personal choice is encouraged. Alisson, for example, is a regular barbecue host, Van Dijk is partial to a bit of Dutch cheese, Klopp adores Kaserspatzle, a German dish of cheese and thick pasta, while Nat Phillips found success following a vegan diet while on loan with Stuttgart.

Liverpool offer a plant-based option with every meal, and own a 1,200 square metre allotment in the Tuebrook area of the city, where a wide range of fruits and vegetables are grown. Even at the training ground, there is a rooftop terrace with space for growing herbs, salad vegetables and berries.

“Any diet always has advantages and disadvantages,” Nemmer adds. “Plant-based protein choices are really important to us. That’s our approach, to have flexibility and sustainability. We have to adjust to what a player wants, as well as what they need.”

Nemmer smiles when she discusses football’s approach to nutrition when she first started in the sport, 12 years ago.

“Back then, what would we hear about?” she says. “A manager would come into a club and we would get a story saying he had banned ketchup or that he insists on whole-grain pasta.

“Now, the whole topic is given much more attention. The whole world knows about diets and foods, and the potential benefits and dangers. Everyone talks about it.

“Football is the same. Players are curious and open-minded, they understand the importance of nutrition, hydration, recovery and refuelling, and that makes my job much easier.”

With Liverpool hoping to compete for big honours again this season, Nemmer will have a big part to play once more. Five years into her Reds career, she remains one of the best bits of business Klopp has ever conducted.