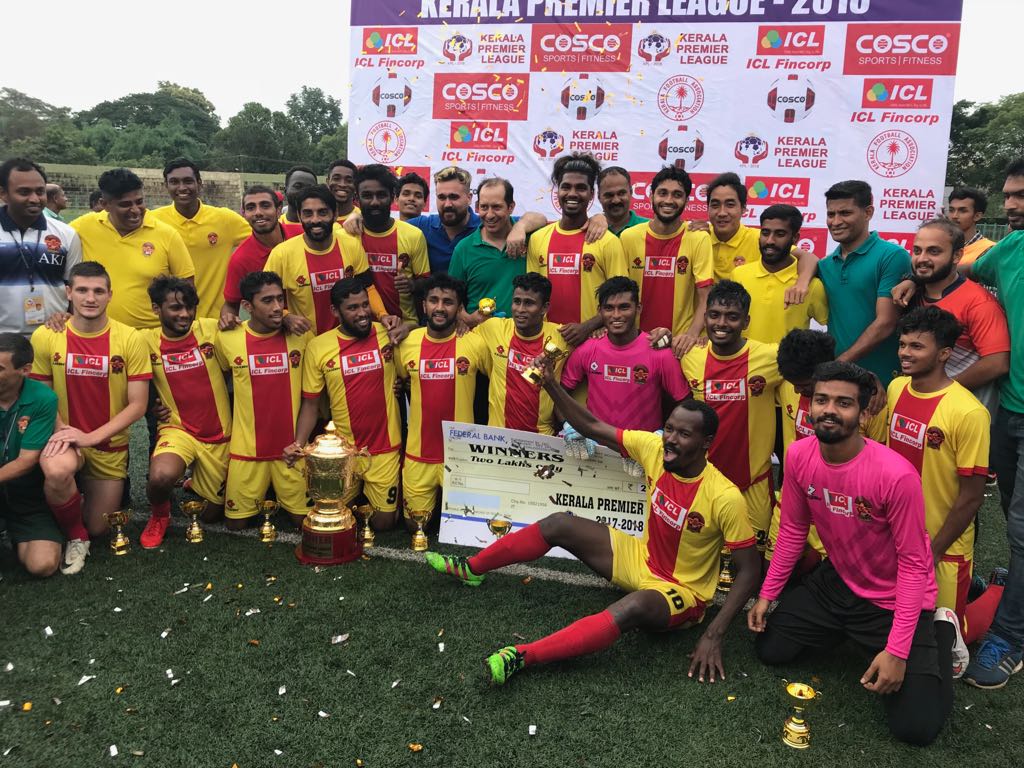 The sixth season of Kerala Premier League set the ball rolling on December 16, 2018 at the Maharajas Ground, Kochi.

New entrant RFC Kochi hammered the reserve side of Indian Super League (ISL) team Kerala Blasters 6-1 in the opening game. The second match was between SBI Kerala and SAT Thirur on December 19 at the Police Stadium in Thiruvananthapuram and the SAT Tirur won it 2-1.

The 2018-19 edition of KPL has 11 participants who are divided into two groups. Golden Threads, RFC Kochi, Kovalam FC and Indian Navy are the new entrants this season in place of Kerala Police, Central Excise and Cochin Port Trust. The groups are:

Unlike last term, KPL has partnered up with streaming network MyCujoo to make selected games available online. Click HERE for the link.

SBI Kerala will face RFC Kochi in the third match of Group A on December 22 at the Police Stadium. Group B opener will see Kovalam and Golden Threads lock horns on the same day at the University Stadium in Thiruvananthapuram.