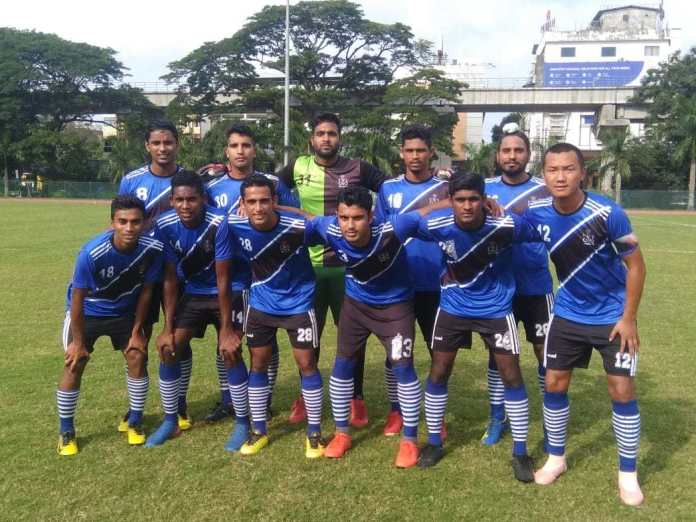 Indian Navy and Gokulam Kerala contested the final at the EMS Stadium in Kozhikode...

Indian Navy beat Gokulam Kerala (1-1, 6-5 on penalties) to lift the 2018-19 Kerala Premier League trophy on Saturday at the EMS Stadium in Kozhikode.

Britto PM and Christian Sabah netted from the spot in normal time and it was ultimately sudden death that separated the teams.

Gokulam Kerala coach Rajeev P made just one alteration to the lineup that beat Kerala Blasters on penalties in the semi-final. Ajmal PA replaced Satyajit Bordoloi in between the sticks. Arjun Jayaraj was named on the bench.

A sub-par display by both teams left the game goalless after the first half. Despite plenty of turnovers in midfield by both sets of players, the attackers failed to create significant openings from them. One such transition helped Christian Sabah lay the ball off for Ganesan inside the box at the stroke of half-time but the forward's shot was easily blocked.

After the break, Sabah threatened again with a powerful shot from the edge of the box after neat footwork to bamboozle his marker outside the D section. A good save by Vishnu tipped the ball out of play.

Despite having plenty of shots on goal, Gokulam found it difficult to break the deadlock, forcing the coach to replace Charles Folley with Arjun Jayaraj.

A late challenge inside the box by Shibil Muhammed in the 79th minute gifted Indian Navy a chance from 12 yards, which Britto PM converted with aplomb.

Gokulam pulled level with a penalty kick of their own within two minutes. Sabah was brought down by Anoop Pauly and the striker struck an emphatic spot-kick to make it 1-1.

Harikrishna missed the easiest chance of the game from a low cross from the right in added time when he blasted his shot over in front of an open net and thereby sent the game to a shoot-out.