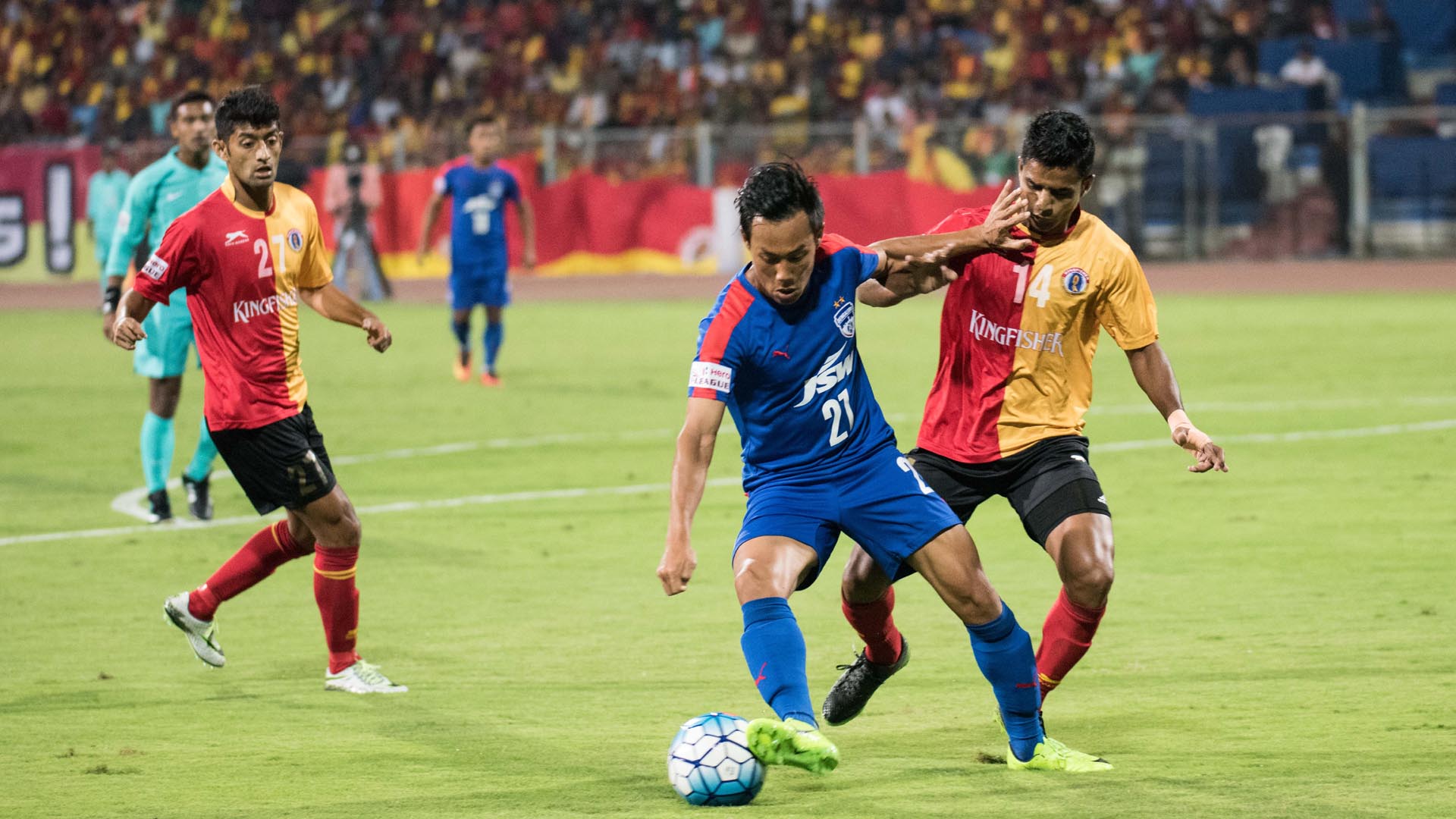 The Federation Cup champions will be facing off against their old foes in the Garden City.

The Bengaluru FC vs East Bengal face-off used to be one of the most talked about fixtures of the I-League in the recent past, but with Bengaluru FC joining the Indian Super League (ISL) bandwagon this year, the teams will not be facing each other in competitive football this year.

The two clubs, however, have decided to reignite their rivalry next week once again with the AFC Cup semi-finalists hosting the Kolkata giants for two friendlies ahead of their first ISL season. The matches are to be held on 23rd and 25th October at the Kanteerava Stadium.

Bengaluru FC bowed out of the AFC Cup only last week, undone by controversial referring, and will now set their eyes on winning the high-profile league in their maiden appearance - a feat they had achieved in their I-League debut.

Interestingly, a number of former East Bengal players, including Harmanjot Singh Khabra, Rahul Bheke and Gurpreet Singh Sandhu will be donning the Blue jersey in the twin fixtures.

East Bengal have emerged as the favourites for the ISL outfits to play friendlies and have already fixed dates with FC Goa, FC Pune City and Jamshedpur FC.

Unlike arch-rivals Mohun Bagan - who won the Sikkim Governor's Gold Cup recently - the Red and Golds have decided not to play any competitive football after the Calcutta Football League (CFL) win.

Khalid Jamil's men will face Pune City on 30th October while the match against FC Goa is to be played on 3rd November. They are also expected to lock horns with newbies Jamshedpur FC later that week.

As Goal had reported last evening, the club has confirmed the signing of defender Eduardo Ferreira, who was playing for Mohun Bagan last season.