The Brazilian is set to continue with the Marina Machans after penning a new deal...

Chennaiyin FC's defence is set to feature an extremely familiar face for the fans of the club in the upcoming season of the Indian Super League (ISL) after Eli Sabia penned a contract extension earlier last week.

The Brazilian centre-back is all set to play a fourth season with the South Indian club. He joined Chennaiyin in the 2016, playing just a season before rejoining the team in the 2018-19 season. He has been an integral part of the side ever since and was a key fixture of the side that reached the final last campaign.

Sabia states that he feels a measure of affection for the club and its fans, having spent three seasons with them. He is hungry for silverware though and hopes that the club can win it this season.

"I am happy to be able to play at Chennaiyin FC where everyone has always welcomed me. It is an honour for me to be going into my fourth season," Sabia told Goal. "What motivates me to be at Chennaiyin is the affection of the fans for me and my family, and the desire I have to win a trophy with the club and make it a beautiful story."

The 1.89m tall centre-back had an extremely productive 2019-20 campaign, even scoring a goal for the club in their semi-final play-off against FC Goa. He was a calm presence in defence for Owen Coyle's side who turned around a bad start to the season and almost went the full distance.

Coyle has since decided to leave the club and join Jamshedpur FC, with Chennaiyin's topscorer Nerijus Valskis also following him. Sabia paid tribute to the former Irish international for guiding them to the final and stated that Coyle staying in Indian football is only good for the country. 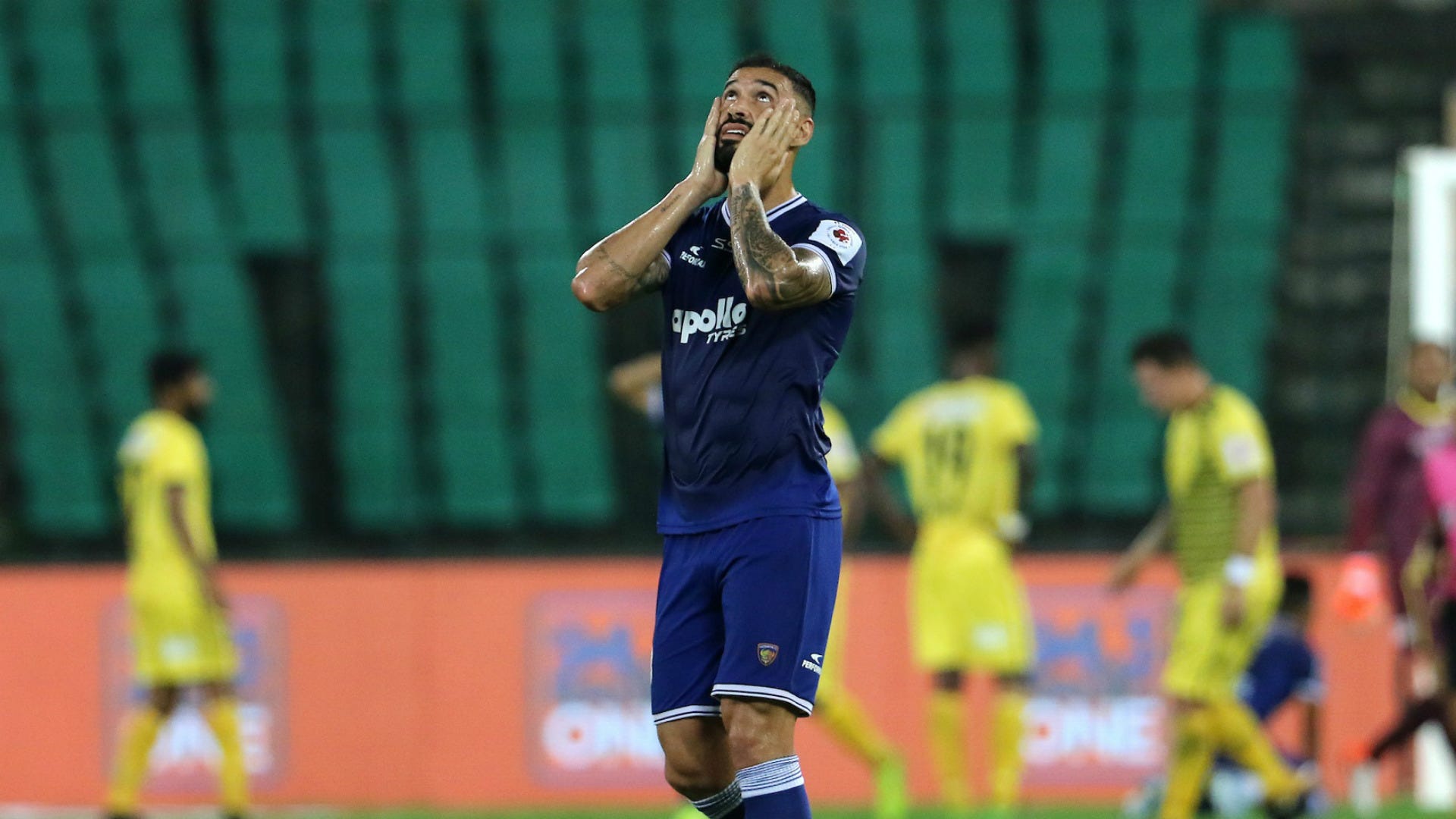 "Owen is a great coach and a great man; it was an honour to work with him. I am happy that he remains in Indian football and contributes to football growing more and more. We are all professionals here. He has decided to change clubs, and we respect that and wish him well."

The former Santos defender endured a miserable campaign when he rejoined the club at the start of the 2018-19 season. Chennaiyin, fresh off winning the ISL under John Gregory, endured a forgetful title defence.

Despite Sabia's best efforts, the club could only muster nine points from the 18 matches and finished rockbottom, setting an unwanted record of the least points won by a club in the league phase in ISL's history.

In fact, Sabia was the only overseas player who was retained by the club from that disastrous season. However, with an aggressive partner like Lucian Goian by his side, Sabia excelled in the 2019-20 season, helping the side notch the fourth best defensive record during the league stage despite a poor start to the season.

"Goian and I did a good job last season. He is a great player who helped the team and club a lot with his experience and leadership."

The 'gentle giant' is now looking forward to another successful season with the club.

"2018-19 was very difficult for everyone in the club. But in order to grow we sometimes have to go through difficulties to mature and value our achievements. So in the 19/20 season, we tried to improve in all aspects and in my point of view we had a season that made everyone proud.

"Of course, the trophy was missing but the thought is always of conquest. Chennaiyin cannot think differently."

Sabia, who enjoys playing at the Jawaharlal Nehru stadium with the fans backing the team, will miss all that in the upcoming season. The Covid-19 pandemic has forced the ISL to conduct the competition at a centralised venue (in Goa) behind closed doors.

"It will be difficult to play away from our fans, but with this pandemic, you have no other option. We know that they will be accompanying us even from afar and spending all their energy and that will make us stronger."