The cricketing legend's association with the Tuskers has come to an end....

The Master Blaster has been associated with the Kochi-based side ever since its inception in 2014 when the ISL kicked off.

However, the Blasters have seen new owners come in, as revealed by Goal, and they have bought out shares from all stakeholders including Sachin.

Varun Tripuraneni, who serves as the CEO of Kerala Blasters, was asked to comment on the above mentioned development to which he said, "I cannot comment on this." 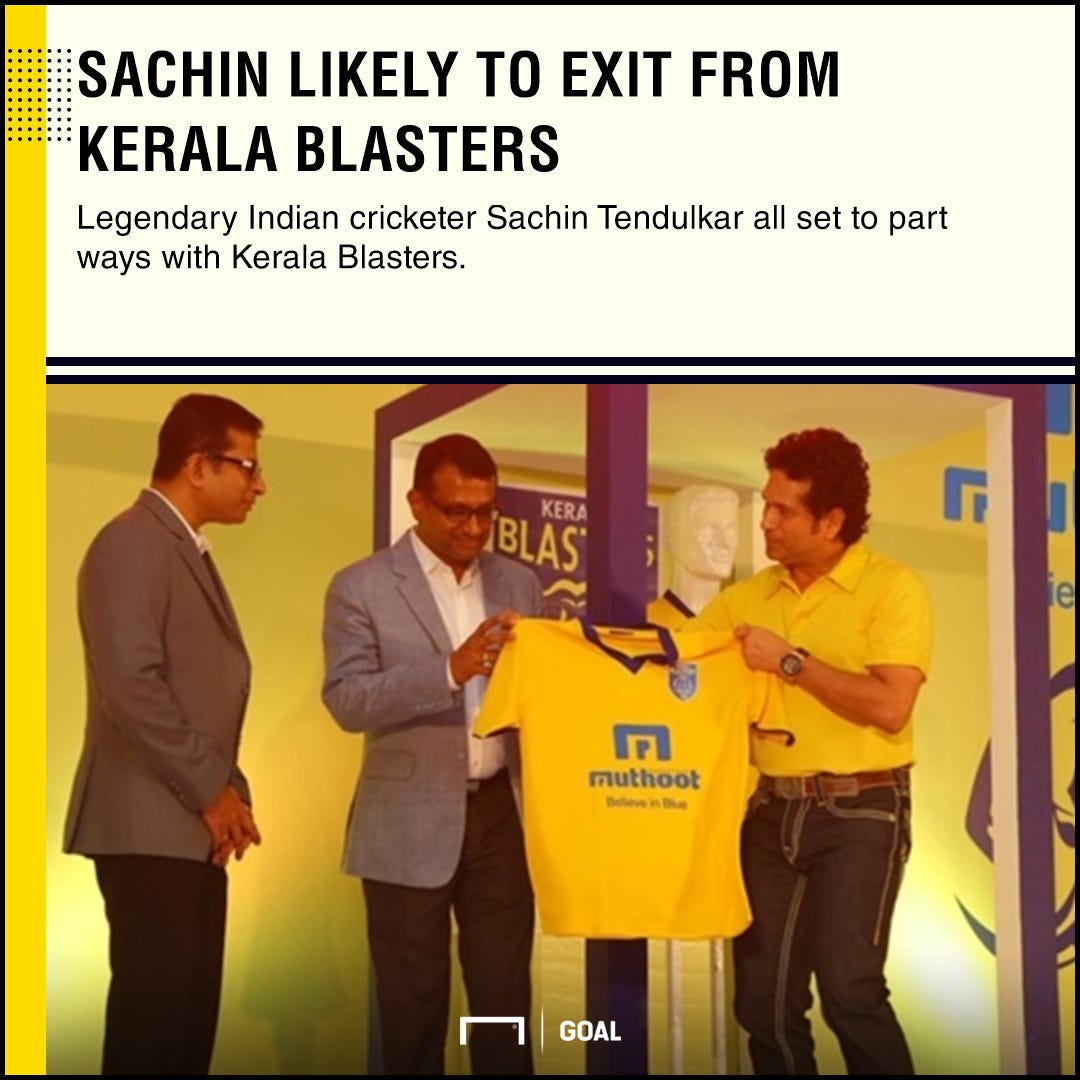 Multinational firm Lulu Group International, helmed by Kerala native Yusuff Ali MA, are the new owners of the Blasters and they have gone on to assume complete control of the franchise.

They bought out Hyderabad-based media and entertainment house Prasad Group's 80 per cent share in the franchise, in addition to the 20 per cent held by Sachin.

The legendary batsman had brought a lot of star value to the club in the four seasons so far and would often travel down to the Jawaharlal Nehru stadium in Kochi to watch the team play in the ISL.

Under his stewardship, the Men in Yellow had reached the finals of the ISL twice - in 2014 and in 2016. Star names like Carlos Marchena, Aaron Hughes, Dimitar Berbatov and Wes Brown had also turned out for the club during this period.

Sachin's exit does mark the end of an era for the Blasters as he was synonymous for the club for the last four years.