Indian Football: From Curacao to Nepal - Every Indian starting lineup in the Igor Stimac era 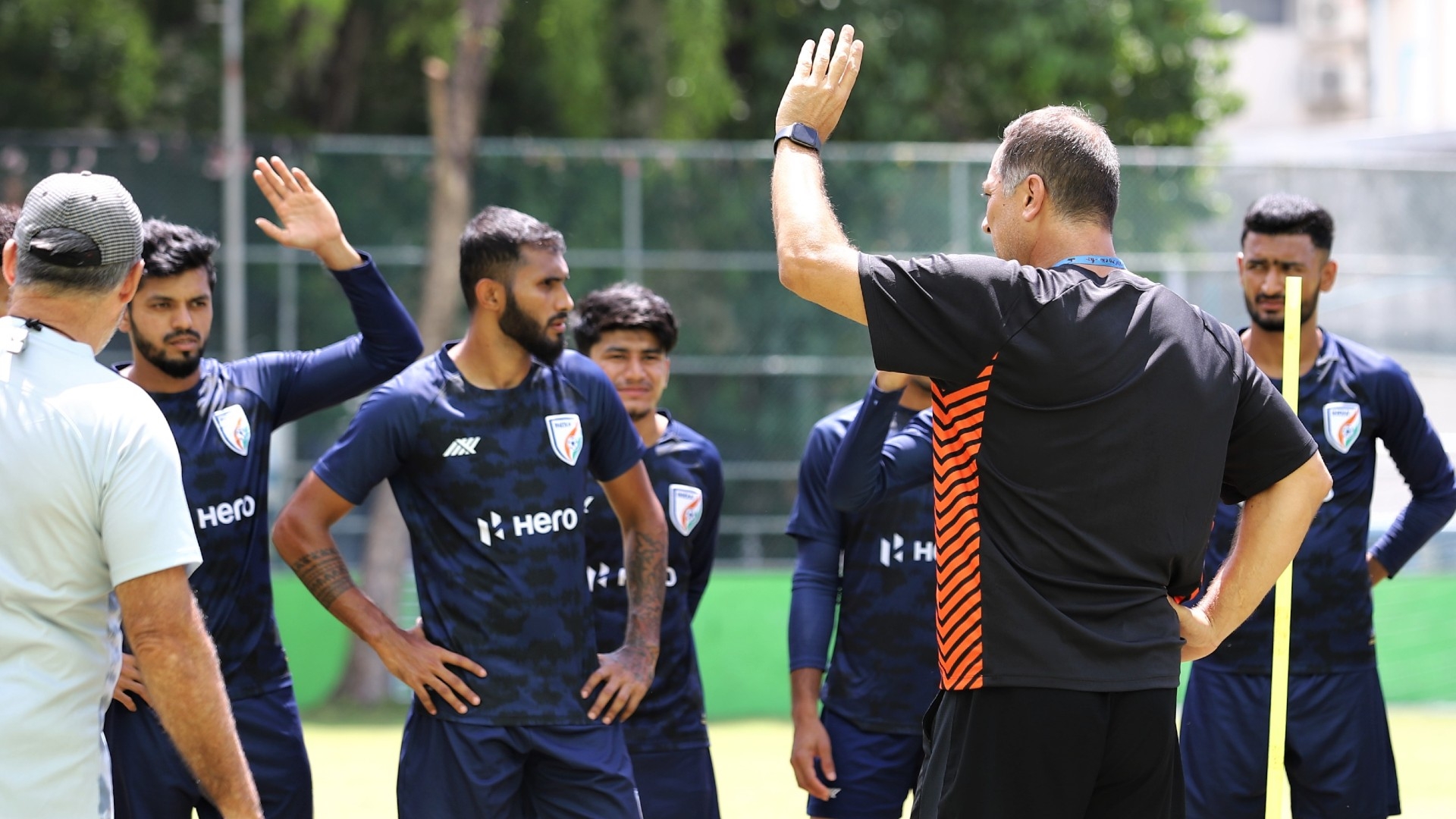 Against Nepal, the Croatian coach made two changes in the team which played against Maldives in the semifinal...

Igor Stimac took charge of the Indian team as their head coach in May 2019, replacing Stephen Constantine at the helm of affairs.

The very first tournament India played under Stimac's tutelage was the King's Cup 2019 held in Thailand. The Blue Tigers began their campaign with a 3-1 lost to Curacao but defeated Thailand 1-0 to finish third in the competition.

A month after the King's Cup, India hosted the Intercontinental Cup 2019 in Ahmedabad, Gujarat, where they finished last among four teams. They lost to Tajikistan and DPR Korea in their first two matches and then ended their campaign with a 1-1 draw against Syria.

In September 2019, Stimac's side began their 2022 World Cup and 2023 Asian Cup joint qualification campaign. In the eight matches in the qualifiers they have played, India have managed to win one game and have drawn three. With seven points in their kitty, the Blue Tigers finished in the third position on the points table and progressed to the 2023 Asian Cup third round qualifier.

India have played a total of 20 matches in the Igor Stimac era so far out of which the team has won three times. the highlight of his stint is India' draw against reigning Asian champions Qatar in 2019 in their second match of the qualifiers.

If we scan through the Stimac era, we will see that the former Croatian national team coach rotated his team in every single match right from the Thailand game in the King's Cup 2019. But a major reason why Stimac could never really stick to a fixed starting lineup was due to injuries, suspensions and inconsistent performances by players.

Sunil Chhetri, who had scored India's opening goal in the qualifiers Oman in India's first match, had to remain out of action in the next match against Qatar due to fever. Stimac had to field the team against the mighty Qataris without his most trusted lieutenant, though India managed to hold the Asian champions to a draw.

Another challenge that the Croatian faced as India's coach was the 16 months gap where the Indian national team did not play a single game due to the ongoing COVID-19 pandemic. After a busy 2019, where the Blue Tigers played 10 matches under Stimac's tutelage, not a single international match was played in 2020.

Thus after playing their last competitive game in November 2019, it was only in March 2021, that Stimac got to reassemble the squad. India played two friendly matches against Oman and UAE in March 2021. The long gap forced the India coach to bring several changes in the squad from November 2019.

22 Indian players have made their debuts under Igor Stimac in the last two years. Out of those, 12 players made their debuts during the friendly matches against Oman and UAE in March 2021. Seriton Fernandes and Rahim Ali are the latest to earn their international caps with the Blue Tigers under the Croat's tutelage during the twin Nepal friendlies in September.