I-League Qualifiers 2020: ARA FC's Vivek Nagul - 'We respect Mohammedan but we are confident' 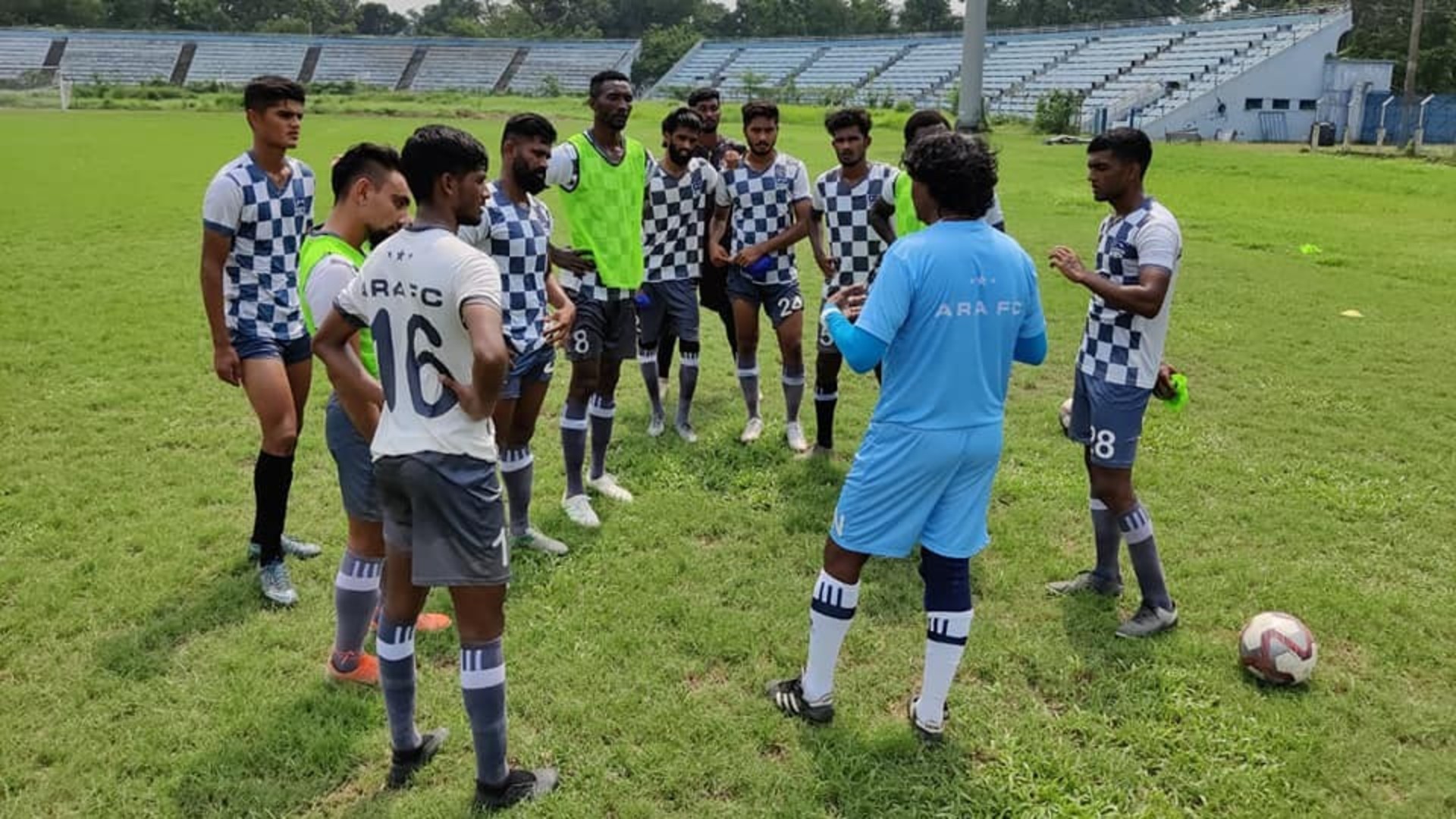 ARA will be up against Mohammedan in their first match of the I-League qualifiers...

Mohammedan Sporting will be looking for back-to-back wins when they take on ARA FC at the Salt Lake stadium on Sunday.

The Black Panthers picked a narrow win against Garhwal on Thursday, courtesy an injury-time winner by Timothy Munmun Lugun despite Willis Plaza's failure to convert a penalty.

"Our finishing was a bit of a problem," accepted Mohammedan coach Yan Law. "We missed our chances. We did keep good ball possession and I know we can do a lot better than this. Surely, in our next match, our fans will get to see a better game and a better result."

Their opponents ARA will be playing their first game of the I-League qualifiers and have had a chance to watch Mohammedan play already. But Law does not feel that gives the team from Gujarat any advantage.

"ARA definitely has watched us play our first match but we have worked on things that they would not expect and I think we are quite confident going into this game."

ARA FC head coach Vivek Nagul projected a confident picture, meanwhile. He also mentioned that history is in the offing for his side if they manage to qualify for the I-League.

"Huge respect because they (Mohammedan) are one of the biggest teams but we don't have any fear. My players are very confident," he said.

"It will be history created by a team from Gujarat if we qualify for the I-League and it will also be a feather in my cap. We are a baby team and crawling right now. If we can stand up and manage to get into the I-League, we will definitely try to run in the future," the former Chennaiyin FC assistant added.

In the second fixture of the day, Garhwal FC will come up against FC Bengaluru United at the Kalyani Stadium. Both sides lost their respective openers against Bhawanipore and Mohammedan Sporting.

In the aftermath of the 2-0 loss against Bhawanipore, Bengaluru United head coach Richard Hood stated, "It's not a question of motivation. It was definitely a bitter taste in our mouth accepting the result. We are disappointed and there is a certain level of awareness in terms of where we let ourselves down and that's the only thing we can focus on right now."

The UEFA 'A' Licence coach commended Garhwal's performance against Mohammedan and confirmed that there may be a few changes in his side's matchday squad.

"There are some injuries. We will revise our starting 11 also based on what unfolds as some COVID tests results are pending. So based on that we will have our plan," he updated.

Similarly, Garhwal coach Vikas Rawat promised a strong comeback after their defeat against Mohammedan and feels that Bengaluru United are a strong team.

"It (1-0 loss against Mohammedan) was a difficult game. It was not a heartbreak for us. We are much more motivated after the loss and we are going to bounce back. We have learned a lot from the first game and we are going to win the second game, which is the only intention that the team has right now.

"I think Bengaluru [United] is a very strong team but we have read them and know what they are capable of doing. I don't know if they will come with the same strategy but we are ready for them," he opined.