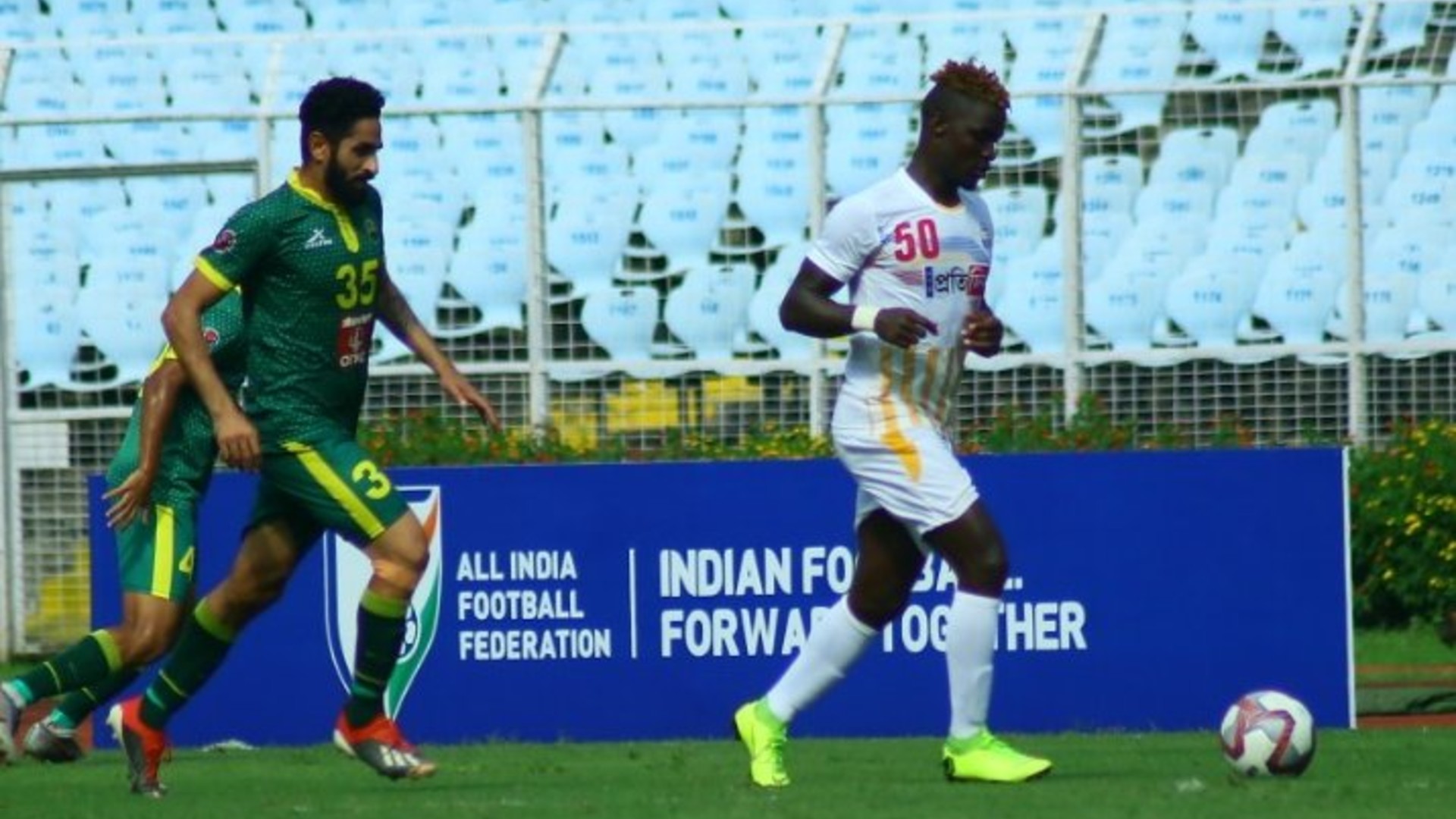 Bhawanipore picked up their second consecutive win as the edged out Garhwal FC in the first match of the third matchday in the I-League 2020-21 qualifiers at the Salt Lake Stadium.

Sankarlal Chakraborty’s men were in control of the game right from the word go and scored the opening goal in the eighth minute. Arijit Bagui sent a long ball from the left side for Philip Adjah who comfortably beat the high defensive line of Garhwal and beat the goalkeeper one-on-one.

The Kolkata club extended their lead in the 50th minute after Pankaj Moula netted from Anuj Raj’s cross. Raj received a through ball from Adjah and ran down the left side before sending an inch-perfect cross for Moula who headed the ball home.

Garhwal were aggressive in their approach after conceding the second goal and put the pressure on Bhawanipore defence which had turned complacent. In the 76th minute, Bhawanipore were punished.

Rahul Das was the first to react to a sloppy clearance from Kingshuk Debnath. He sent a low cross into the box for Afdal Varikkodan who tapped the ball into the net.

Garhwal enjoyed the possession of the ball in the second half but failed to mount a comeback.

In the second match of the day, FC Bengaluru United broke ARA hearts with an injury-time goal to hold the team from Ahmedabad to a 1-1 draw.

Pratik Swamy gave ARA the lead in the 25th minute from a rebound. Swamy picked up the loose ball, skipped past a defender and found the back of the net.

Bengaluru United pressed for an equaliser throughout the ninety minutes but failed to find the net. In the final minute of the injury time, ARA goalkeeper Melroy Fernandes brought down substitute Jaison Vaz inside the box. Mohammad Asrar Rehbar scored the equaliser from the spot-kick to seal a point for his team.