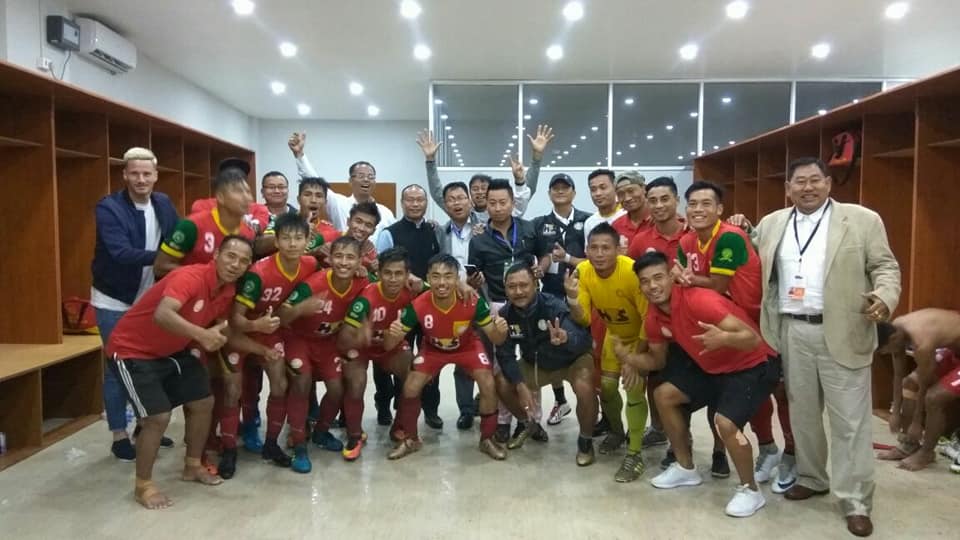 The winners from Group C have been decided while the race in other groups hots up going into the final matchday of the first phase...

Manipuri outfit Tiddim Road Atheltic Union (TRAU) FC booked their spot for the final round of the 2018 2nd Division I-League with a game in hand.

A resounding 4-0 win over Chennaiyin FC's reserve team at the Khuman Lampak Main Stadium in Imphal took them to 20 points from nine games in Group C.

Langsning FC, the next eligible team are third in the group standings with 15 points from the same number of games played.

For TRAU FC, Reisangmei Vashum opened the scoring in the 19th minute. The trio of Sandeep Singh (80'), Malemnganba Meitei (81') and Shaikhom Ronald Singh (87') scored three in seven minutes to send Chennaiyin FC 'B' packing as the bottom side in the group after they wrapped up their commitments.

At the JRD Tata Sports Complex, a goal from Lalrintluanga Chawnglut (75’) was sandwiched between a brace from Gourav Mukhi (74' and 87') that counted for nothing as the visitors slumped to their second defeat of the campaign.

Despite having first-team regular Nishu Kumar featuring alongside the likes of Prashanth Kalinga and Altamash Sayed, who have had top-level experience in the past, the Blues failed to grab any rewards in the clash of the ISL outfits.

Meanwhile, at the Duler Stadium, FC Goa and Ozone FC played out a 1-1 stalemate but that was enough for the Bengaluru-based side to edge past FC Kerala to the top of Group B on a better head-to-head record.

The visitors kept it late to open the scoring through Robert De Souza (82'). However, Meldon D'Silva (90+2') equalised in injury time for the Gaurs.