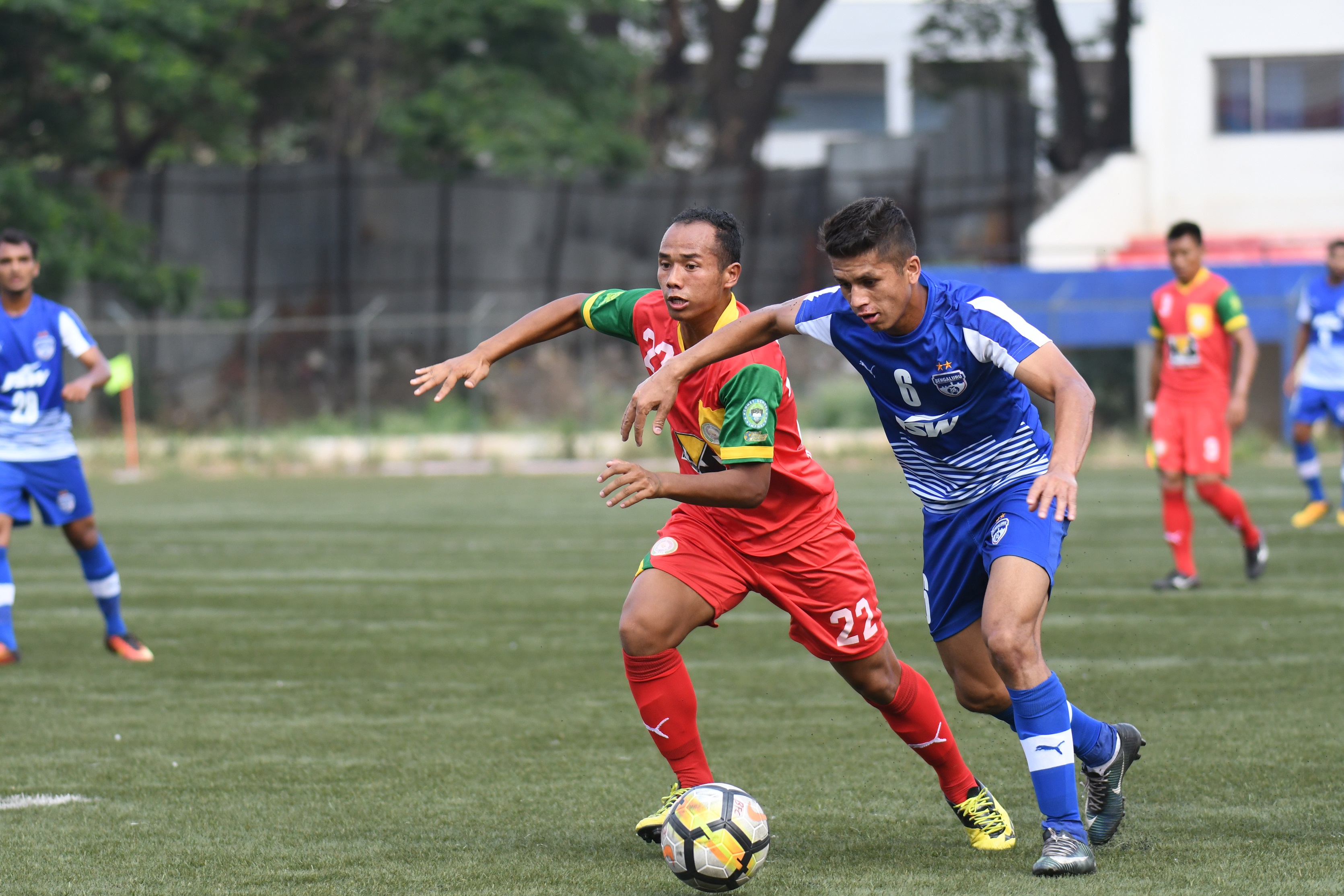 The 2018 2nd Division I-League on Monday saw 14 goals in four games played across the country.

At the Bangalore Football Stadium, Bengaluru FC reserves were held to a 2-2 draw by Tiddim Road Athletic Union (TRAU) FC. There were three goals scored within the first quarter of an hour itself as the hosts failed to grab all three points to go top of Group C.

Asheer Akhtar (58' OG) was guilty of scoring into his own net as the defender blew his side's lead to split points with the Manipur-based side.

TRAU FC still lead the group with 11 points from 5 games. Bengaluru FC 'B' are third with seven points with a game in hand.

FC Goa reserves were handed a 2-0 defeat at home by their Kerala Blasters counterparts at the Benaulim Ground in Goa.

Midfielder Sahal Abdul Samad (59' & 86') scored a brace to lift his side to third place in Group B - with nine points after five games. The local boy who made two appearances in the ISL with the first team increased his goal tally to four this season.

FC Goa 'B' remain fifth with five points from as many games.

At the Thrissur Municipal Corporation Stadium, Group B leaders FC Kerala were blanked 2-0 by Ozone FC.

Senior-professionals CS Sabeeth (26') and Sampath Kumar Kuttymani (90+4') came with the goods as the Bengaluru-based side rose to second place with 11 points after five games.

FC Kerala's unbeaten streak came to an end but they still top the group with 13 points despite having played a game more than Ozone FC.

Lastly, Madhya Bharat SC slumped to their sixth consecutive loss with a 5-1 defeat at the hands of Fateh Hyderabad AFC at the JLU Ground in Bhopal.

Vinay (5') gave the home side the lead but it counted for pretty much nothing as the floodgates were opened by Edmond Peprah (28'). Sushil Meitei (36' & 47') scored on either side of the break to seal the deal.

Lalrinfela (87') and Hitora Ayemi (90+2') rubbed salt to the wounds later on. Madhya Bharat are yet to open their account after six games while the Hyderabadi side are 4th with seven points after five outings in Group B.