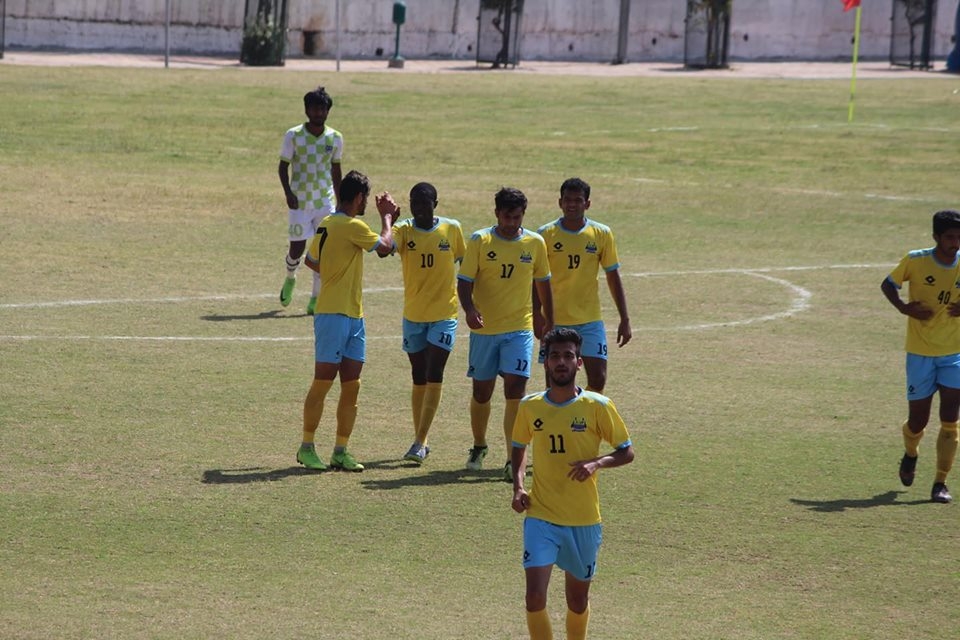 Lonestar Kashmir might not take part in the final round of 2nd Division I-League if the AIFF doesn't allow them to play their home games in Srinagar..

Srinagar based football club, Lone Star Kashmir FC managed to qualify for the final round of second division I-League recently after playing a 1-1 draw against ARA FC in its last qualifying match but there is still uncertainty over its participation as its home venue in Srinagar is yet to get confirmation to host matches.

Lone Star Kashmir FC was forced to play its home matches in qualifying round at Katra, Jammu instead of Srinagar's TRC Turf ground and that multiplied the problems of the club that has been in financial trouble lately. The costs of playing even home matches away from home multiplied the costs for cash-starved club and it is now contemplating to step out of the final round.

The fixture for the final round is already out. Lone Star would be playing its first match on April 27 against Ozone FC and the All India Football Federation (AIFF) has again kept Katra as home venue of the club.

Team mentor and former international footballer Ishfaq Ahmad confirmed that Lone Star Kashmir FC is facing huge financial crunch and is in no way ready to play its home matches away again.

“The fixture is out and we are yet to start preparing for the final hurdle of making it to main I-league competition. The reason is well known to everyone as AIFF has kept our home venue again in Katra which is not acceptable to us this time,” Ishfaq said.

“In the qualifying round, we played our both home and away fixtures outside Kashmir and that meant all our matches turned out as away fixtures. That multiplied the expenditure and costs. It affected the budget of the club that was already facing financial issues. Now it is not possible for the club to again play our home matches in Katra. It is either Srinagar or we will stay out of competition,” he said.​

Ishfaq said that club has written to AIFF to shift match to Srinagar as everything is normal in Srinagar and have recommended taking suggestion of J&K Football Association in this regard.

“It looks like a joke that AIFF considers Srinagar not fit security wise to host second division matches while as it did hold main I-League matches of Real Kashmir here in Srinagar. Even JKFA recently held its State Championship matches in Srinagar. We have requested AIFF to shift our matches to Srinagar and also take suggestion from JKFA in this regard,” he said.

The former Mohun Bagan skipper said that if they get a positive response from AIFF the club will start training from April 17.

“We are waiting for the AIFF response and would like to play our home matches in Srinagar in front of our home fans. We are yet to start preparation and if we get a positive response then we will start training from April 17th at TRC ground Srinagar. Even I will myself join training sessions so that the team prepares well,” he added.