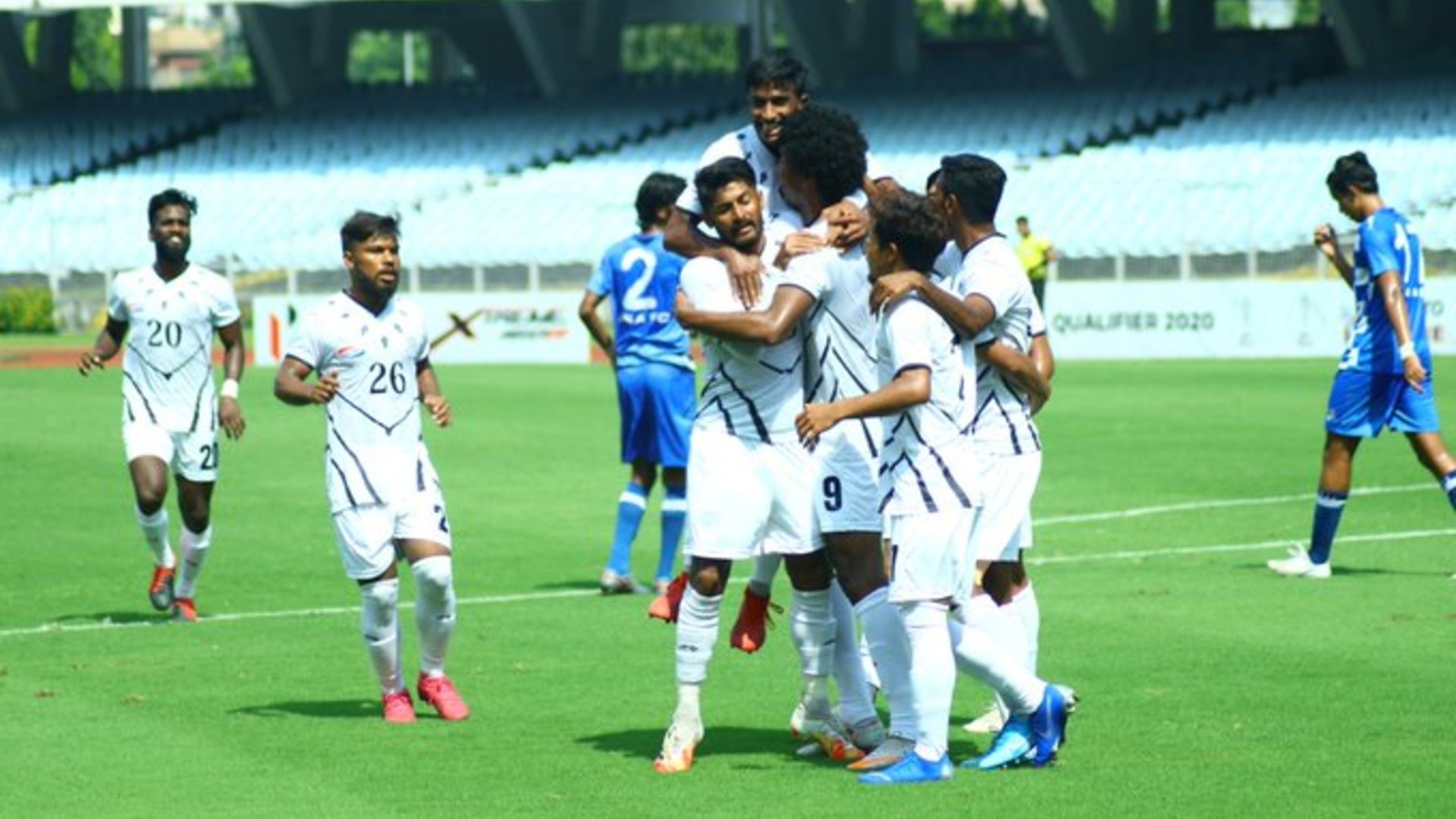 Mohammedan Sporting climb to the top of the table...

Mohammedan Sporting outclassed ARA FC 4-1 in the I-League Qualifier on Sunday at the Salt Lake Stadium.

A brace from Nepalese striker Abhishek Rijal and a goal each from Willis Plaza and Sk. Faiaz secured Mohamedan’s second consecutive win in the tournament.

Plaza scored the opening goal of the match in the 13th minute from Vanlalbiaa Chhangte’s pass. Chhangte entered the box from the right flank after going past defender Manoj Kannan and squared the ball to Plaza who executed a simple finish.

In the 21st minute, left-back Hiram Mondal cut in from the left flank and found Abhishek Rijal inside the box who slotted home.

At the stroke of half time, Rijal converted his brace as he scored the club’s third goal from Plaza’s assist. He made a brilliant run down the left flank and exchanged a one-two with Plaza before entering the box and finding the back of the net with a neat strike.

ARA came back into the game after the second half resumed and pulled a goal back in the 53rd minute courtesy of an own goal from Safiul Rahaman.

In the final minute of the regulation time, Shamshad Ali initiated a quick counter-attack and played a through ball for Faiaz who found the back of the net with an excellent finish to seal the fate of the game.

In the second match of the day, Bengaluru United edged Garhwal FC 1-0 at the Kalyani Municipal Corporation Stadium. William Opoku scored the goal in the eighth minute of the match.

Bengaluru United midfielder Arun Kumar started the move and found Ronaldo Oliveira inside the box with a defence-splitting through ball. The Goan striker's attempted shot was initially stopped by Garhwal custodian Sayak Barai but Opoku slammed the rebound into an empty net.

Richard Hood’s side kept their qualification hopes alive as they now have three points from the first two games. Garhwal, on the other hand, are out of the competition after losing two games.