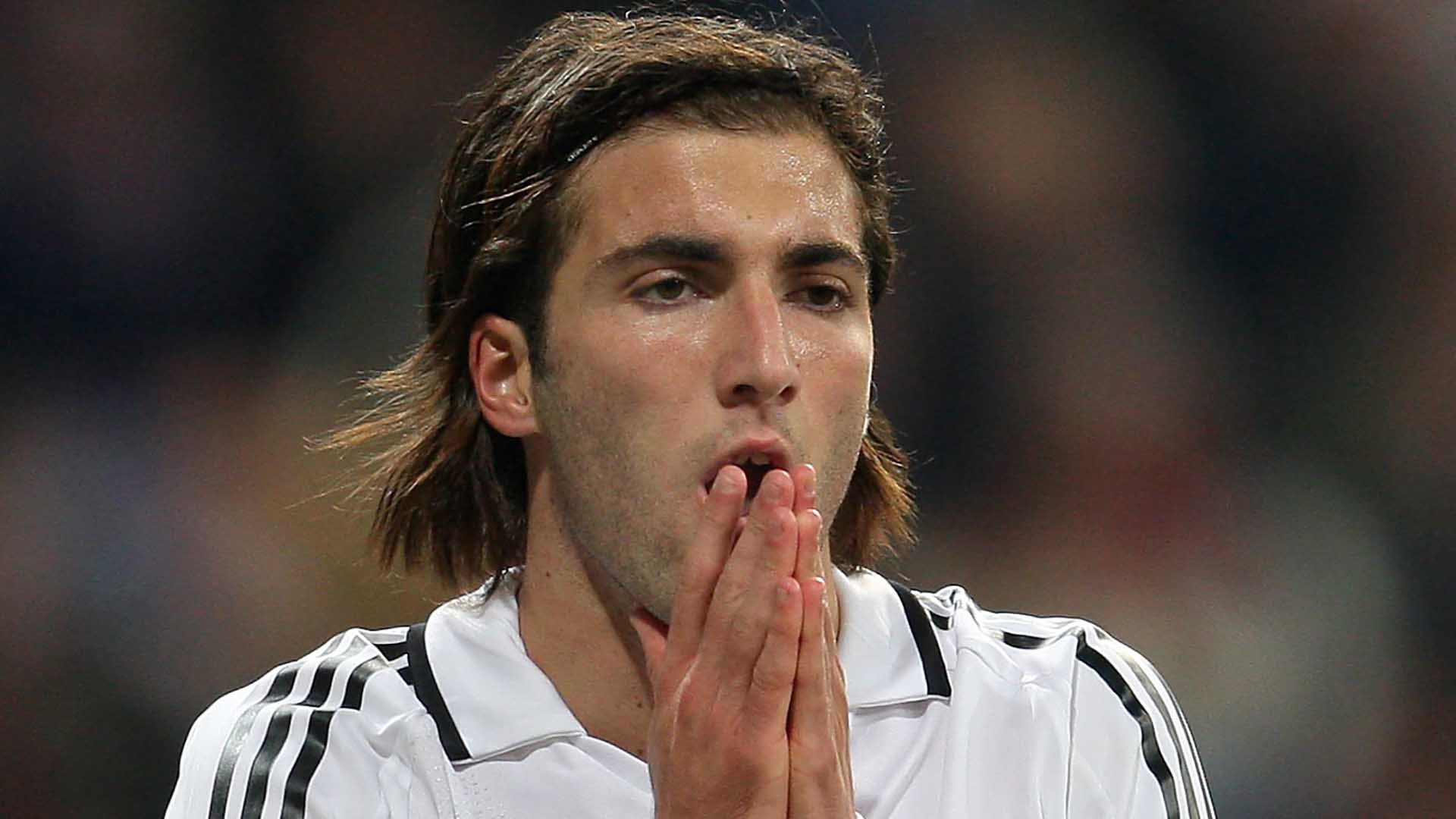 Gonzalo Higuain has explained how he was initially frustrated that Real Madrid signed Karim Benzema and Kaka in a season that saw him finish as the club's top scorer.

The Argentine, who now plays for Inter Miami, represented Los Blancos between 2007 and 2013 but eventually left for Napoli having scored a total of 121 goals during his time in the Spanish capital.

He was, however, disappointed that Madrid signed Benzema and Kaka in 2009, with Cristiano Ronaldo also part of the squad, admitting that it left him wondering how many goals he had to score to stay in favour.

Higuain, who actually scored 27 La Liga goals during that 2009-10 campaign, told ESPN Futbol 360: "With Benzema it was a very healthy competition, but we had to do our best.

"The year Cristiano arrived, he scored 27 goals (sic) and I scored 26 (sic). The next transfer window (sic) they brought in Kaka and Benzema. That's when I said: 'how many goals do I have to score?'

How did Higuain perform at Real Madrid?

The 33-year-old signed for Real Madrid from River Plate in December 2006, winning La Liga in his first season with the club although he only managed two goals in all competitions.

He would follow that up with another league title in the 2007-08 season, scoring nine in all competitions, while he would go on to net 53 times over the next two campaigns, when he was truly at his best for Los Blancos.

Higuain's output dropped in the 2010-11 season as he struggled with injuries, although he did earn a Copa del Rey winners' medal, and he then played a pivotal role in 2011-12, scoring 22 league goals to help Madrid claim the Liga crown once again.

Reflecting on his time with the Spanish club, the Argentine said: "I wasn't going to go to the first team of Real Madrid. They bought me and they were going to keep me at Castilla. There was the possibility of going on loan as well.

"My dad told me on the plane: 'The only thing I'm going to ask you is not to be afraid. Never be afraid, but be respectful...' and that phrase stayed with me.

"When I arrived, I trained with the first team and in the second training session [Fabio] Capello told me: 'You're staying with us'. Three or four days later I made my debut as a starter in the Copa del Rey. I ended up playing on the right wing."