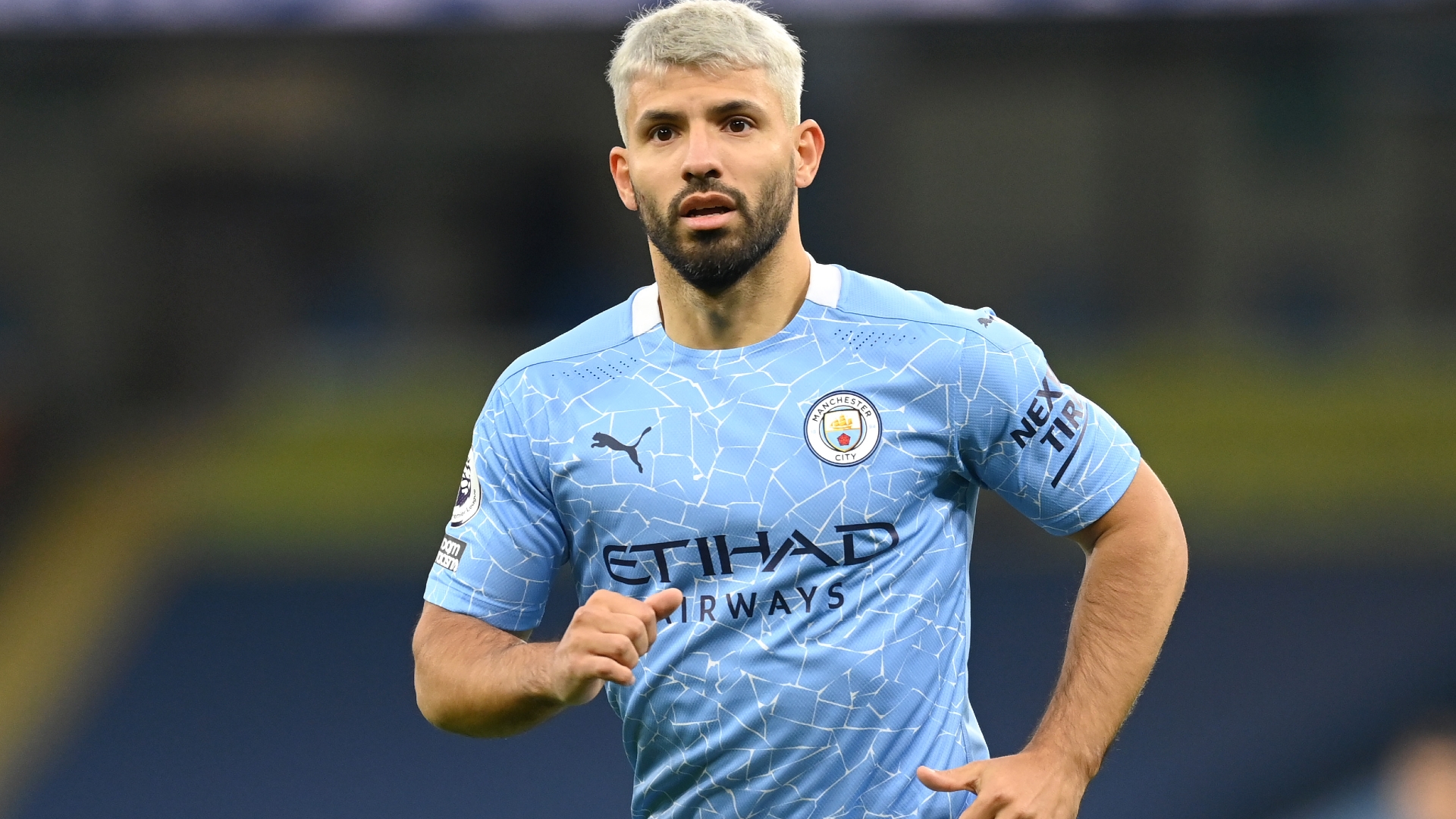 Sergio Aguero has stepped up his recovery but will not be ready to face Swansea City in the FA Cup fifth round on Wednesday night.

The Manchester City striker returned to training this week and has begun working with the first team after recovering from coronavirus.

But the 32-year-old has not started a match since October and needs to recover his fitness before he will be back in the side.

"Yesterday, he trained 10, 15 minutes with the group and after he trained apart alone," Pep Guardiola said at his pre-match press conference. "Day-by-day he's feeling better."

Asked if he was ready to return, he added: "Not yet."

On playing without strikers, Guardiola said: "When we don't play with a typical centre-forward people can move a bit more but we have to arrive in the box.

"We saw in the game against Liverpool, four or five players were inside the box. Every game is different.

"We are looking forward, even Gabriel [Jesus], he's dropping, improving in his position not playing like a player you can link and the striker just being there.

"I'm not a big fan of this, I prefer to move behind this position and we have some players who can do it."

Aguero's early season was delayed by a recovery from knee surgery and a hamstring setback shortly after his return.

He was set to start the FA Cup third-round clash with Birmingham City but was forced to self-isolate after coming into close contact with someone that had tested positive for Covid-19.

He then contracted the virus himself, and had symptoms, which has meant he has not been in first-team action since a late substitute appearance against Chelsea on January 3.

What will be Man City's team vs Swansea?

Despite fighting on four fronts, Guardiola is still set to name a strong side against the Championship opponents.

The City boss didn't report any new injuries from the 4-1 victory over Liverpool but Academy players Tommy Doyle, Claudio Gomes and Adrian Bernabe are likely to join up with the squad.

It will also give an opportunity to those that didn't start at Anfield but are fighting for their place, such as Aymeric Laporte and Benjamin Mendy.