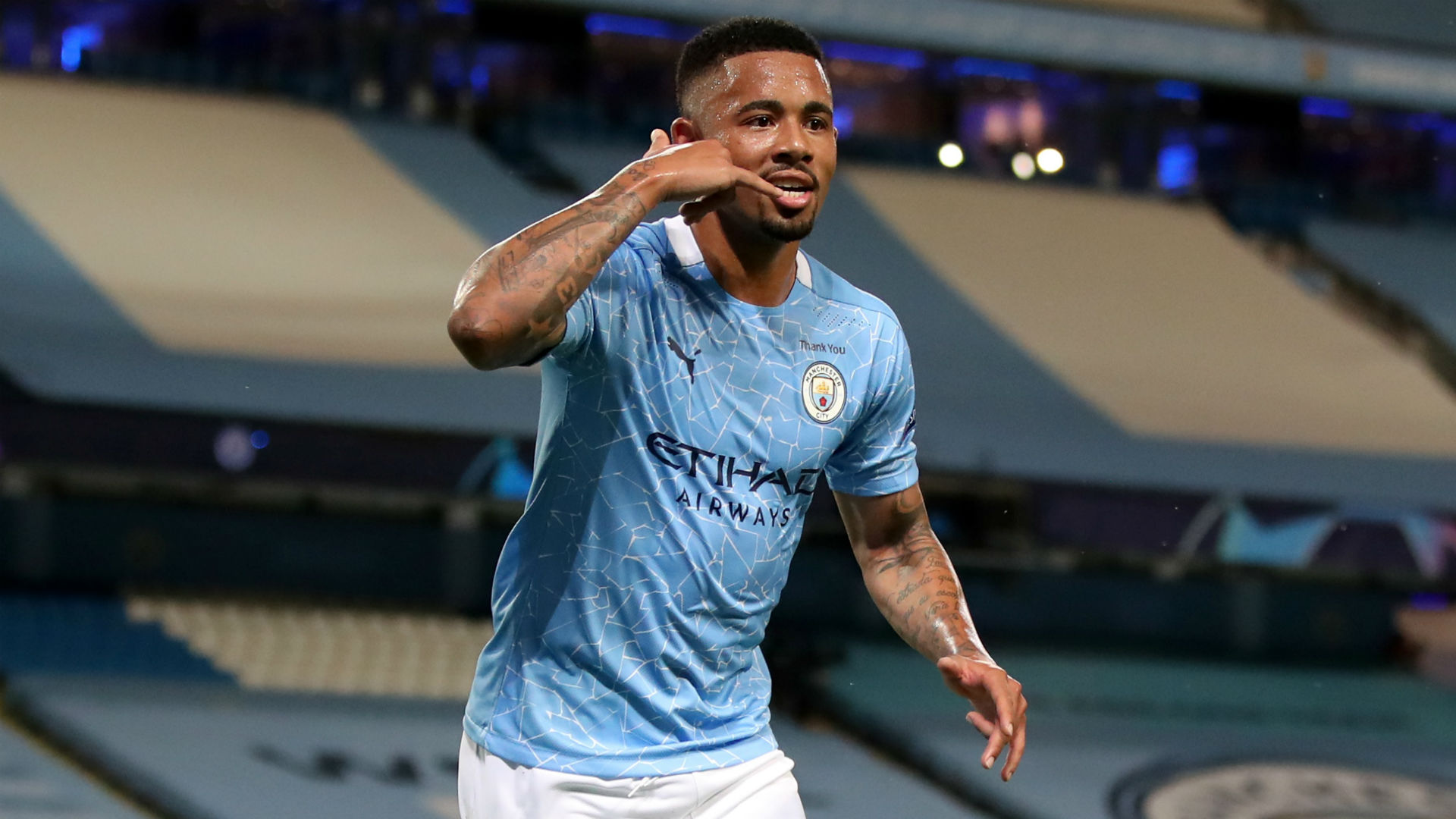 The Brazilian hasn't been among the goals in recent matches, but his manager has been delighted by his overall contribution

Pep Guardiola has backed Gabriel Jesus' scoring drought to end "soon", while insisting the Manchester City star is one of the best strikers in the world.

Only three of those strikes have been recorded at the start of the 2020-21 campaign, though, with the Brazilian struggling for form in the final third despite enjoying an extended run in the team in the injury-enforced absence of Sergio Aguero.

The 23-year-old has drawn blanks in each of his last six appearances across all competitions, as the likes of Riyad Mahrez, Kevin De Bruyne, Raheem Sterling and Ferran Torres have stepped up ahead of him to put the finishing touches on City's best attacking moves.

Jesus was guilty of missing another clear chance during the Blues' 0-0 draw with Manchester United in a derby clash at Old Trafford over the weekend, but looks set to retain his spot in Guardiola's line-up for a home fixture against West Brom on Tuesday night.

Although the Catalan head coach is confident that the forward will be back among the goals in the near future, he has also been quick to highlight his outstanding work off the ball, which has helped City to build up an impressive defensive record.

“Yeah, he will do it (score) soon. I see him every day and I love him so much what he does,” Guardiola told a pre-match press conference.

“One of the reasons we concede so few is exclusively for him.

“I want his goals, but his contribution is as the best striker in the world at doing things that not any other striker can do for the team.

"Regaining the ball, pressing high, being in the opponents' 18-yard box - he helps us to do it.”

City are currently six points adrift of Premier League leaders Tottenham in ninth, but they do have a game in hand over Jose Mourinho's side.

Guardiola's men will be expected to make light work of a struggling West Brom outfit before their focus switches to a tough trip to Southampton on Saturday afternoon.