Luis Suarez's return from injury was meant to spell bad news for Martin Braithwaite – but maybe it's Antoine Griezmann who is most at risk of losing his place in Barcelona's starting line-up.

When Suarez was introduced just 12 minutes into the second half of Saturday's 4-0 win over Mallorca, it wasn't emergency signing Braithwaite who made way – it was last €120 million man Griezmann.

It was hard to argue with Quique Setien's decision, either.

Whatever one thinks about Griezmann, his work ethic is beyond dispute. On two separate occasions during the first half, he raced back to help out his defence.

However, Barca didn't make Griezmann the second-most expensive signing in club history to strengthen their backline. They bought him to add an extra dimension to their attack – and he is still struggling to deliver.

There are mitigating circumstances, of course. Barca's 4-3-3 formation doesn't suit a player who enjoyed so much success in a two-man attack at Atletico Madrid.

The bottom line, though, is that Griezmann has yet to adapt and, against Mallorca, in Barca's first game back after the coronavirus-enforced suspension of football in March, he offered next-to-nothing from an offensive perspective while he was on the field.

Braithwaite, by contrast, impressed with his running off the ball, which created space for the likes of Arturo Vidal and Frenkie de Jong to exploit, while he also carried a serious goal threat – unlike Griezmann.

Indeed, it was the Dane who doubled Barca's advantage with his first goal for the club, after Vidal had opened the scoring in Palma with a fine header from a Jordi Alba cross just 65 seconds into the game.

Braithwaite's finish was emphatic, the former Leganes striker firing home in the 37th minute, after Lionel Messi had bravely nodded the ball into his path. 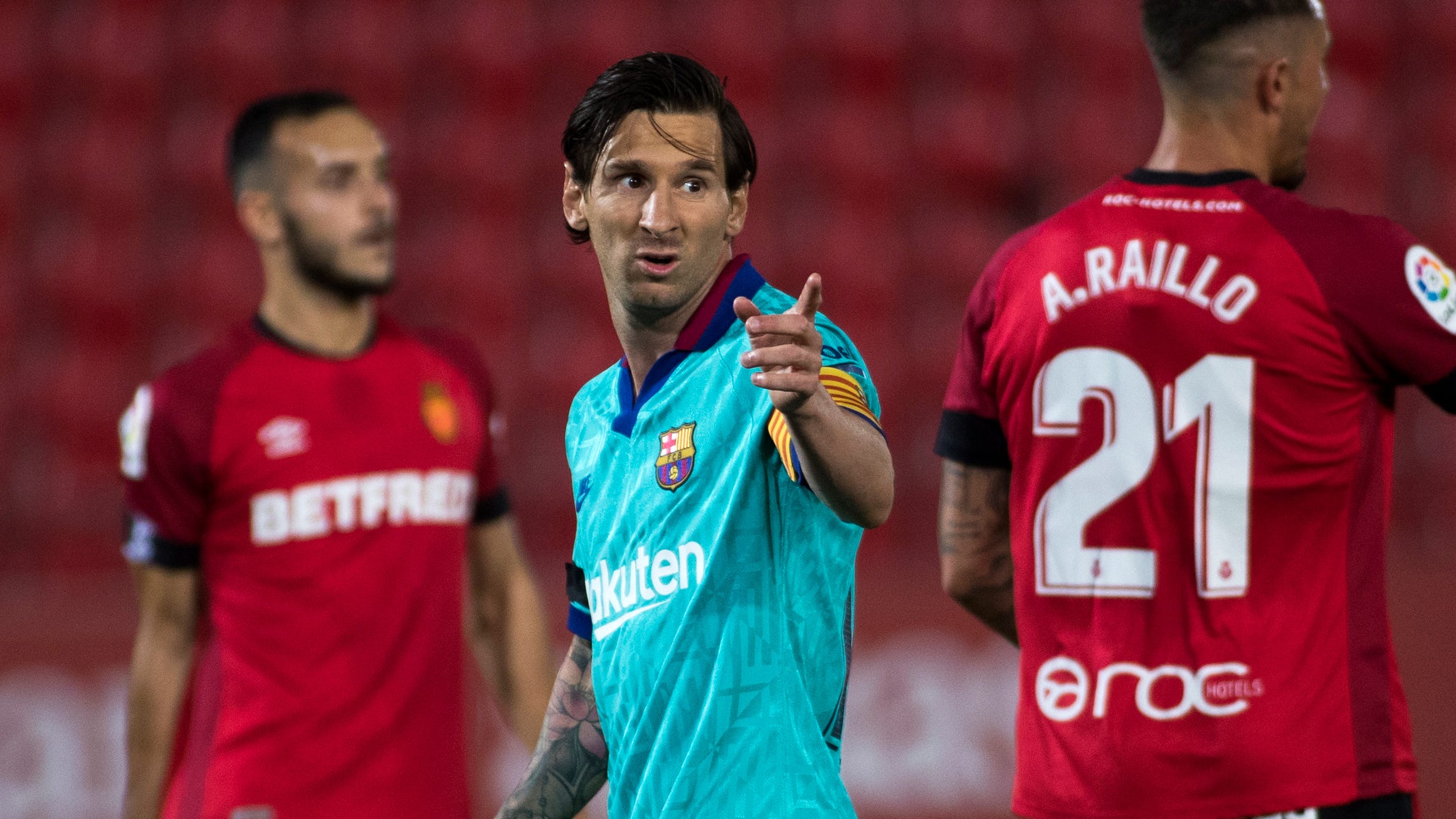 It was the latter's 13th assist of the season; Messi's 14th would arrive just 10 minutes before the end when he put Alba away to score, meaning the Argentine has now surpassed his haul for the entirety of the 2018-19 campaign (13).

He could have had another, too, but Manolo Reina saved well with his feet from Braithwaite, after the February arrival had latched onto a lovely through ball from Messi.

It was the kind of interplay that fans had hoped to see from the captain and Griezmann, but it just never materialised.

So, the World Cup winner can have no complaints with Setien's decision to replace him with Suarez just after half-time.

The Uruguayan, who underwent knee surgery in January, wasn't his usual lethal self in front of goal, which was hardly surprising given the length of his lay-off.

But all of the old aggression and dynamism was there, and he teed up Messi for Barca's fourth in the dying seconds.

The skipper played as if conserving energy for bigger battles ahead, which seems wise given his recent injury issues, yet he still ended the game with two assists and his 20th goal of the season. Barca's hopes of a league-and-European Cup double rest on his shoulders.

However, Suarez should play a pivotal role in Barca's bid to keep Real Madrid at bay in the title run-in. And, on this evidence, Braithwaite could too.

When asked by Goal earlier this week if Suarez's return to full fitness would dramatically reduce his game time, Braithwaite replied, "Honestly, I don't think in that kind of way. I am so happy that Luis is back because when I came here he was injured and I haven't played with him."

He got the chance to play with Suarez on Saturday night. And he's likely to get a few more.