Kurt Zouma was laughing and smiling as he recalled his pathway into football that has led to him becoming a key player at Chelsea and now for Stoke City on loan.

From the streets of Lyon to St. Etienne and finally to the Premier League, Zouma's hard work has been rewarded and he has earned over 150 professional appearances and two caps for his country despite missing a year with a knee injury.

As a boy, Zouma didn't dream of becoming a footballer and initially preferred playing basketball, but he quickly realised he was better with his feet than his hands. He then made a promise to his parents that he would make it in the game.

"I remember when I started [at a club] when I was nine years old," Zouma told Goal.

"Before that, I was playing down the street, with my brother and my friends. Before, I didn’t want to be a footballer, I just wanted to play for fun. I wanted to be a basketballer.

"I loved basketball. I played basketball a lot but then, and I don’t know why, my brother said, 'Let’s go to the club next to our house. Let’s try and we can be, or I can be a footballer.'

"Then I said, 'Why not?' I remember when I started I was in the second team, not the first one. 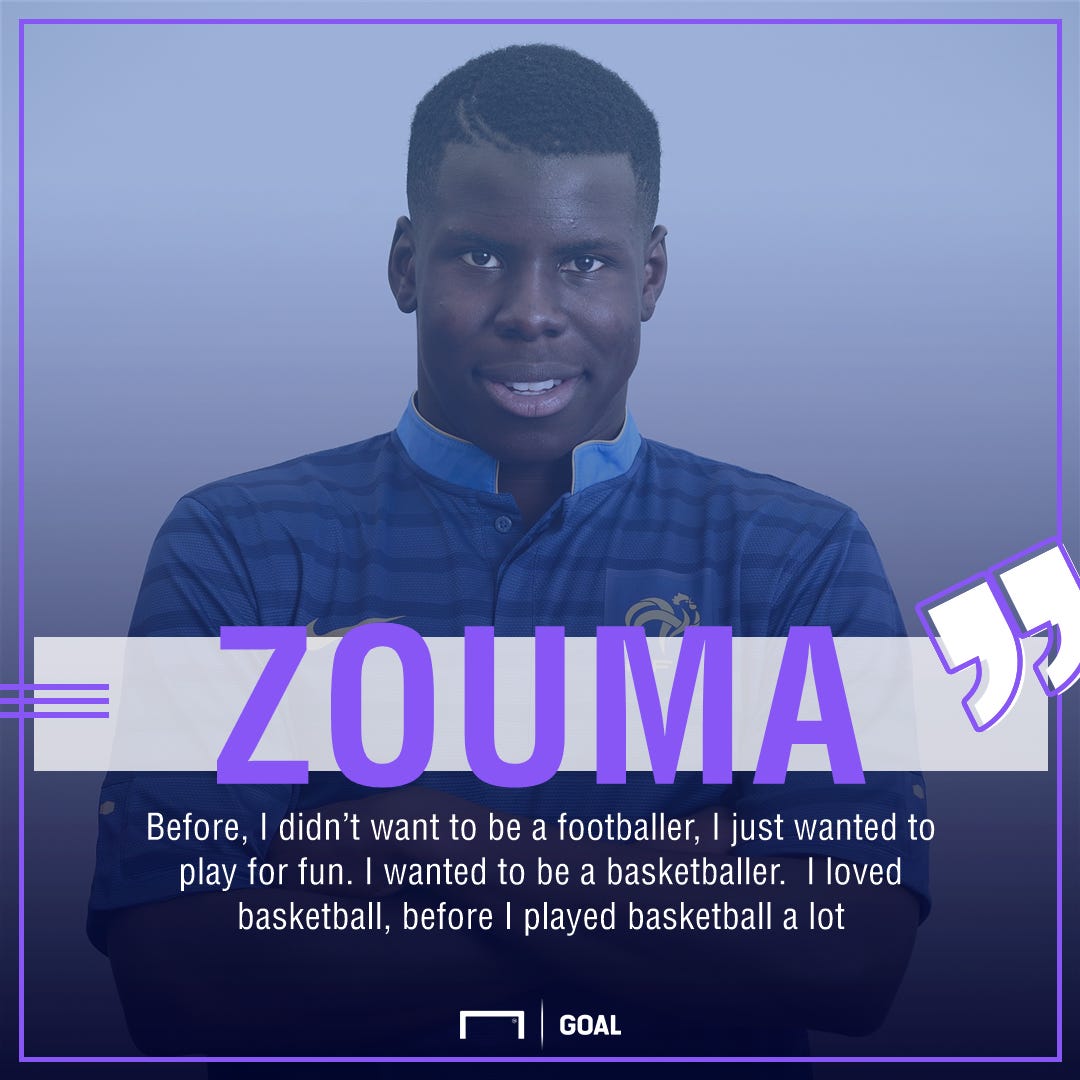 Zouma had to work his way up through the youth team at Vaulx-en-Velin, initially playing several different positions before he settled in as a defender.

"I was with the players who come but they are not so good," Zouma said. "When I started I played one game for them and then I went straight into the first team. I started believing that football can be a good thing.

"I was playing as a right winger and as a striker as well. Then when the game was difficult, because I was strong and quick, the manager used me as a defender and then I stayed at the back. I used to score a lot of goals because I was quick and strong. So just run and shoot, that’s it.

"I remember when I was in Vaulx-En-Velin, I had some trials for St. Etienne. Then I knew that I was going to sign there. They gave me a contract, they said, 'Do you want to sign?' and I said yes. When I was young, at first, I wanted to sign for Lyon, but it didn't happen.

"I went to St. Etienne because it was not far from where I used to live. Then I stayed there, I did my job for two or three years. I was with the U17s and the U19s and then with the reserves for the first team. Then, when I was 16, I signed my first contract. I came to St. Etienne with my mother."

Zouma was delighted to have signed his first pro deal at such a young age.

"For me also, it was like I was dreaming, I was so happy that I signed my contract, I was so proud of that. I was 16, I worked hard for that. [My parents cried] because I was so young. I told them when I was young, 'I want to be a professional for you because you deserve it'.

"When they saw me with the contract, they were so happy for me. I made a promise when I was 12 or 13, ‘I will sign my first contract, don’t worry.’ That’s why I was so happy. I was always confident, I talked with my parents and it was just instinct.

"I said, ‘I will be a professional, don’t worry’ and I did it. That’s why they were so happy for me."

Zouma realised that to make it as a professional took sacrifice from his parents as well. His father, who worked at Ikea, constantly drove him to training and matches. His mother was a cleaner but she also took great interest in her son's matches. Kurt was just one of six children in the Zouma household and three have gone on to have careers in football. 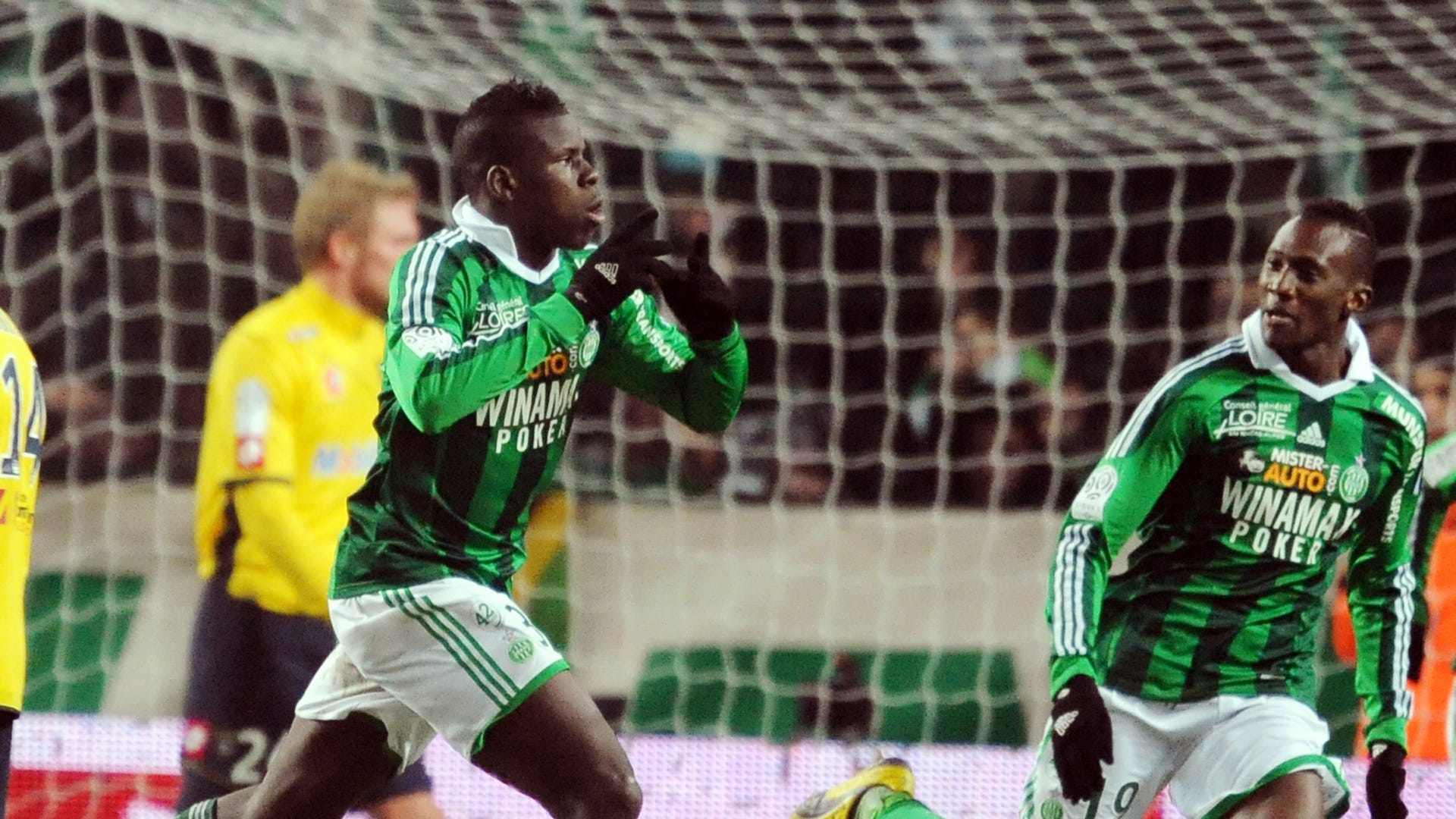 The Chelsea loanee counts playing football with his brothers as a big influence on getting him to where he is today.

"I have got five brothers and one younger sister. They play football. Lionel is playing in Greece. My sister is young and she still goes to school, my other ones play but in a lower level. One plays for Angers in France. He’s in the reserve team at the moment so [we are] quite a sporty family.

"When we were young we always used to play football, always do something, always played basketball. I always wanted to win - it was a competition between each other, so it was good.

"Lionel made me get into football. He’s 24 years old. He was playing at Sochaux in France, I remember the time we were playing against each other in a professional game. My father, my mother and everybody came to the game.

"It was very, very strange playing against your brother. At a corner, he would mark me and I used to mark him at the corner. It was crazy, but a nice feeling. My brother is like my twin, just one year difference.

"Same height, same weight, same face or similar. Similar, he is like my twin. I just spoke to him this morning. I have always got him on the phone and I am talking to him. I have got my family and he has got his kid.

"Before every game, he calls me. Before the games he plays, I call him. All the time he gives advice. He watches my games. 'That was good, that could be better, you could do that.' So it is very, very nice. He’s always behind me."

By the age of 16 Zouma was already a fully fledged professional footballer at St. Etienne and had begun earning a big reputation across Europe. His debut came at such a young age that he played with no name on the back of his shirt as Les Verts tried to protect their schoolboy footballer.

"I was still in school, yes. I played on the weekend in the first team and then I was in school," Zouma added. "I still had some friends in school so everybody used to be like, ‘He played, I saw him on TV!’. It was funny but I am a normal guy, like everybody. I had to go to school to get my diploma and that’s it.

"The young children at school used to come to me and say, ‘You were on TV yesterday’ and I was like, ‘Yeah it was me.’ I was number 33, I had no name. I was the 'ghost player', they called me. It was crazy, quite funny, you know.

"It was to protect me, when I was really, really young. In France, it is like this, when you are really young they don’t give you a name first, you need to earn it. You need to deserve it, to show and play. Later, I got the shirt with the number four and my name."

As well as playing in Ligue 1, Zouma also won the Under-20 World Cup alongside his friend Paul Pogba. Zouma recalls the battle for his signature as a teenager as well as his £12 million move to Chelsea, the club he supported because of Didier Drogba.

"QPR wanted me because of Mark Hughes but then I preferred to stay because I was still young. When I was 18, Inter wanted me and then Chelsea. Other clubs included Newcastle, Monaco, but the thing is, Mourinho called me and I was a big fan of Jose Mourinho when I was younger.

"He called me and said it was done already, so I went to Chelsea straight away. He called me and he said, 'Llisten, I want you to come to Chelsea and you will play, if you deserve to play. I know you are young but there’s no age [limit], if you come to my club then you play’.

"I did play so I was very happy, I got game time so that was good. For me, I made the right decision. I had no regrets, no nothing. I know I was young, only 19 when I left St. Etienne for Chelsea. I was with Mourinho and I knew I was going to improve myself, improve my game so I was going to Chelsea. 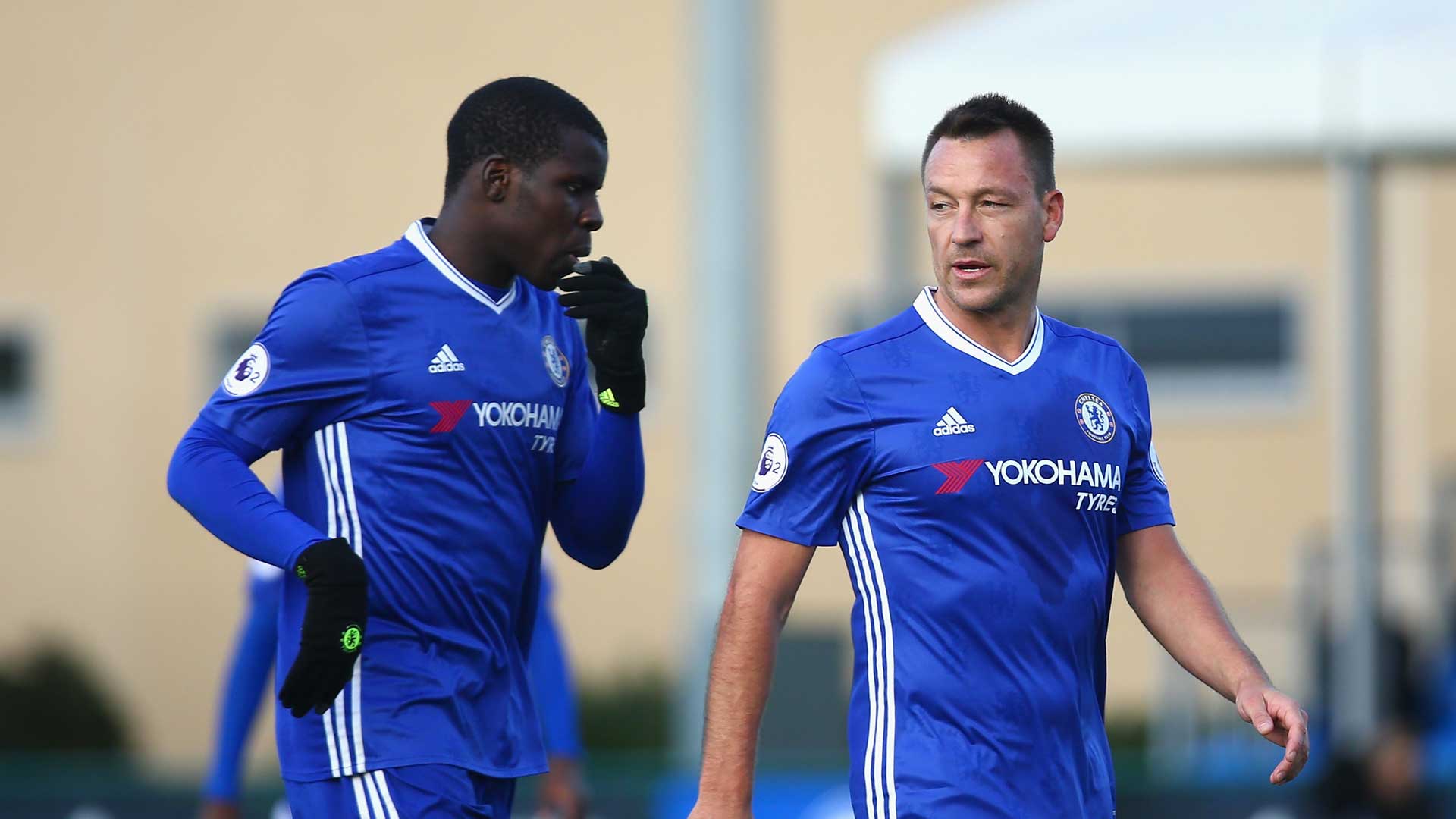 "It is one of the biggest clubs in the world so I was very, very happy and determined for that. When I signed for Chelsea, it was like when I signed my first contract, it was that same feeling. It was the club that I was dreaming to play for with Mourinho and players like Drogba and John Terry.

"The players I used to see on TV, I used to pick them on the PlayStation, to play alongside them was crazy. It was quite funny. The feeling, my mother cried again. My father was almost crying and my brothers were so happy for me – so proud and I was proud as well.

"‘What about Hazard?’. I said yes. 'Terry?' Yes. He was screaming on the phone. My mother was on the phone. They were all happy for me."

Zouma has been a popular dressing room influence wherever he has been and has quickly struck up friendships with the likes of Mame Biram Diouf and Eric Choupo-Moting at Stoke, like he did with many including Hazard and N'Golo Kante at Chelsea. 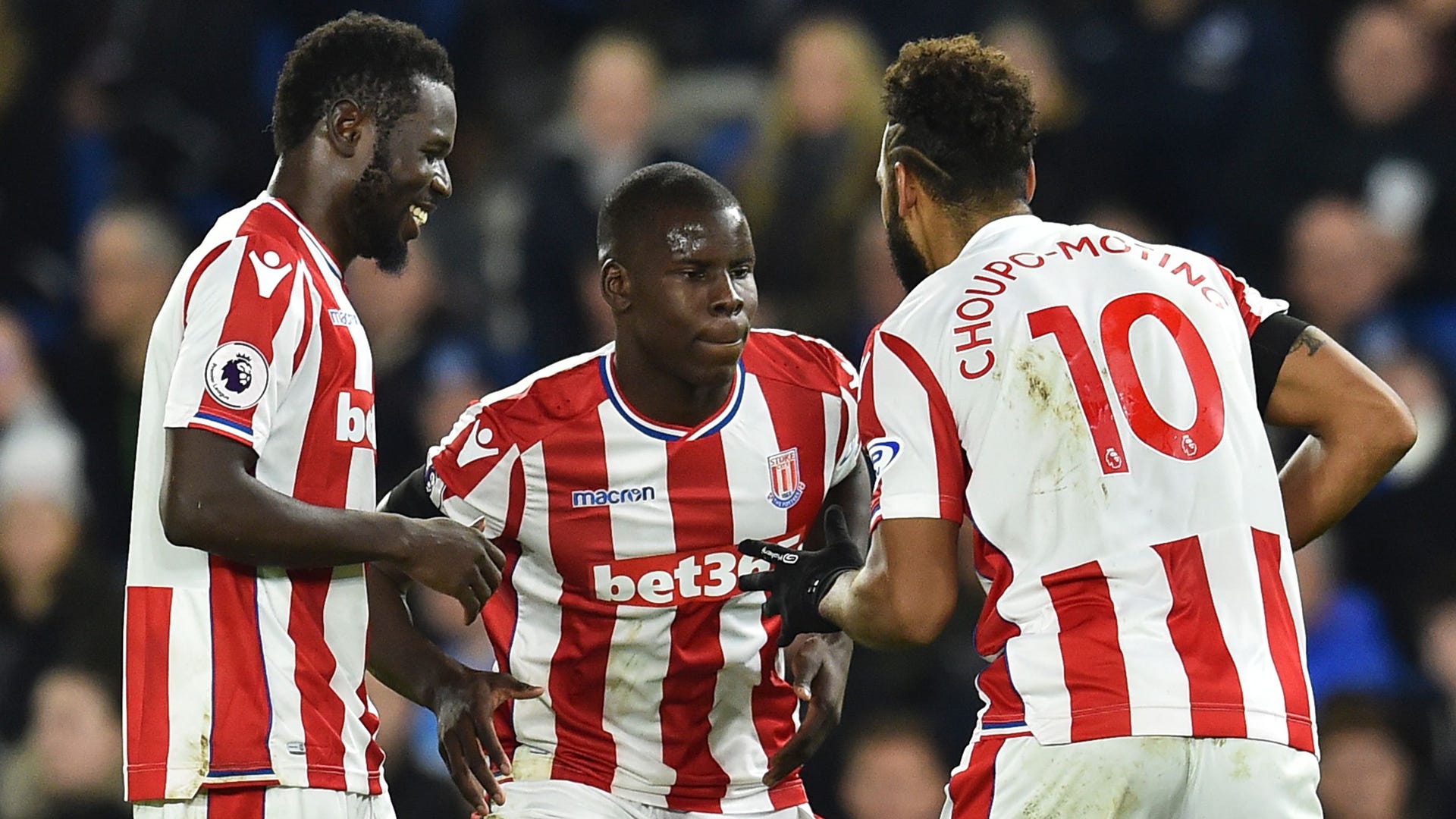 However, it was Drogba who left Zouma most starstruck upon walking into that dressing room, as he had already carved out a reputation at Marseille before taking it to the next level at Chelsea. Zouma soon discovered that Drogba was as good of a person as he was a striker.

"Even his name. It is heavy, my friend. He is a big man. Wow, that name is a very, very strong name," Zouma continued. "I used to watch Didier Drogba. When he was at Marseille and then went to Chelsea I was a big fan of him. The way he scored also was unbelievable.

"When I arrived I was so happy to be with him as I was a big fan of him. I talked to him every day, he gave me a lot of advice so he was a really, really nice person."