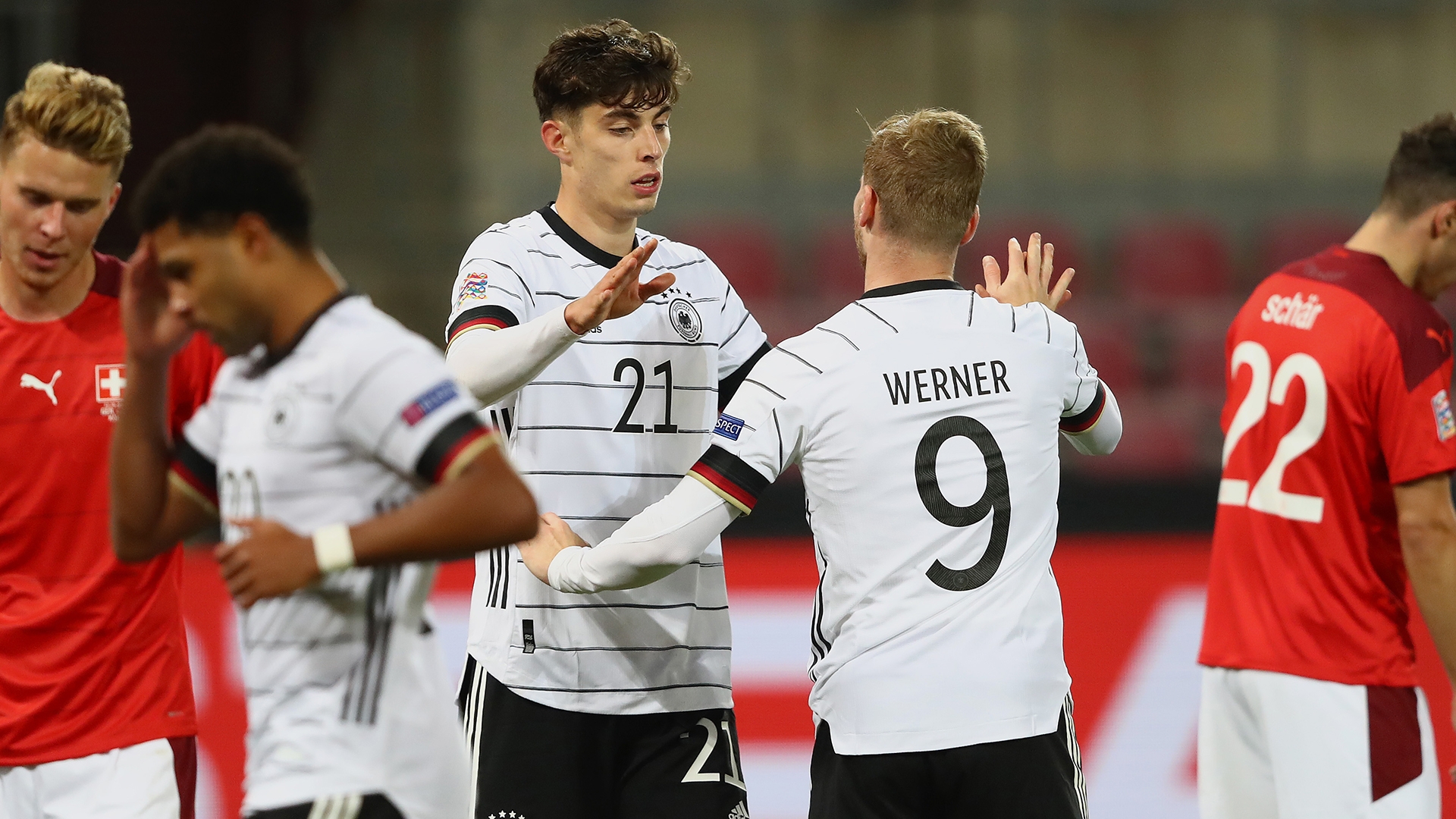 Germany midfielder Kai Havertz was pleased to see his side show character and come back twice in a 3-3 draw with Switzerland on Tuesday.

Early goals from Mario Gavranovic and Remo Freuler gave the Swiss a two-goal lead in the Nations League match in Cologne, but Germany fought back to level the match through goals from Chelsea duo Timo Werner and Havertz.

Gavranovic would restore Switzerland's advantage in the second half before Serge Gnabry levelled the match with a wonderful backheel goal on the hour mark.

Though Germany missed the chance to win a second straight Nations League match, Havertz said he was satisfied to see his side come back on two occasions.

"We came back after several setbacks and showed some character. We’re in the middle of a process and we’re a young side," Havertz said in quotes on the Germany FA website.

"We won’t allow ourselves to be knocked off course and we will carry on as we are. We need to defend better, but there were plenty of positives on show tonight."

Germany defeated Ukraine 2-1 on Saturday for their first Nations League win, and Joshua Kimmich drew a contrast between that match and Tuesday's game.

"You could tell that we had worked on things for today’s game," Kimmich said. "We wanted to bring some real energy to the pitch. We should have defended better for the goals, but it was a different performance to the one against Ukraine.

"We had the right mentality tonight. I don’t want to suger coat things, but it was a step in the right direction. We need to bring our qualities onto the pitch more in the coming games."

Goalkeeper Manuel Neuer was also positive after the game, though he admitted that Germany could have done better defensively.

"We would have liked to win today. We conceded too many goals for sure, but got going after a while and had control of the game," the Bayern Munich shot-stopper said.

"There were good things about our performance. We didn’t give up and we’ll look ahead now. We want to win both games in the next break."