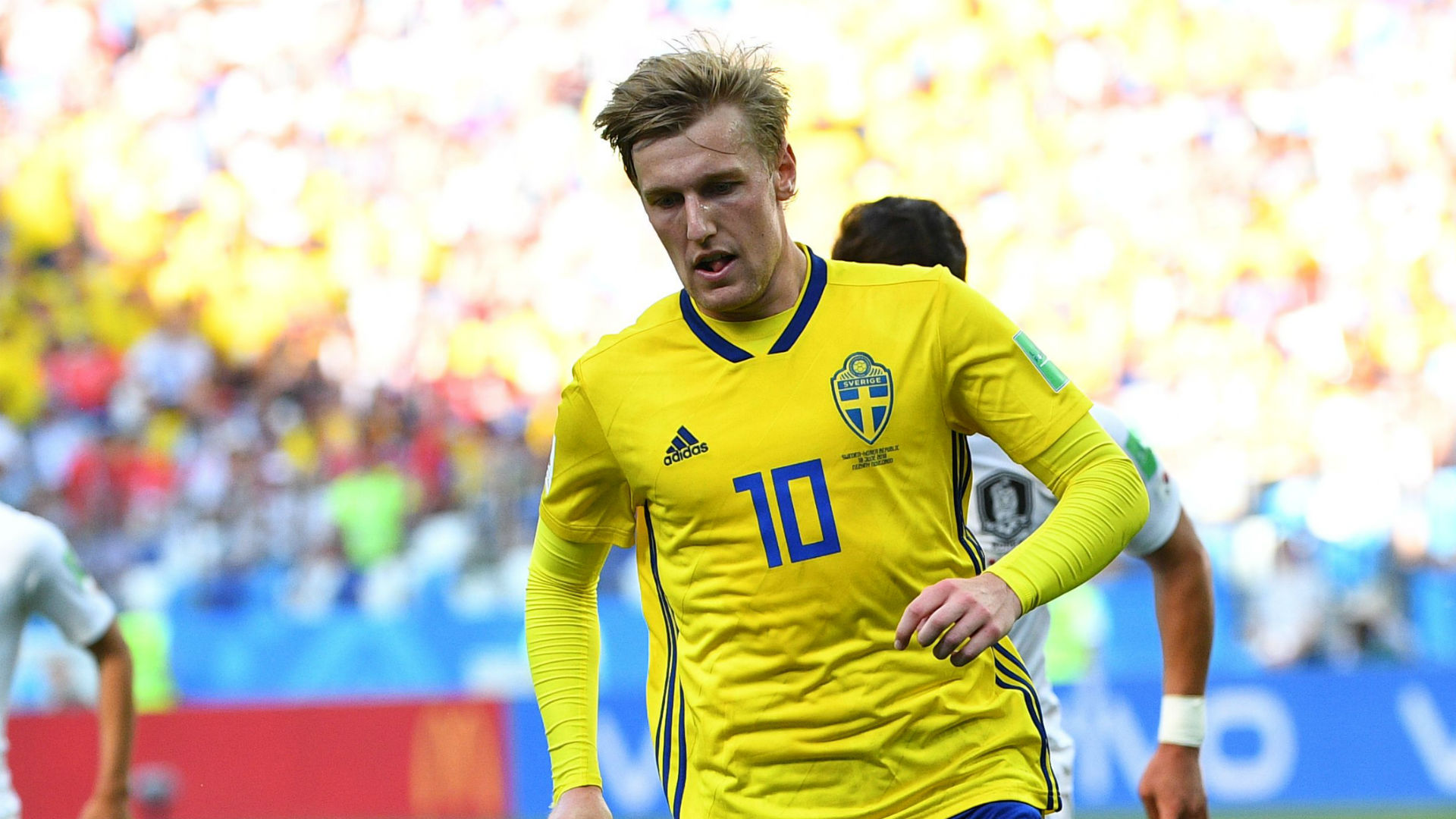 Emil Forsberg has offered hope to the likes of Arsenal, Liverpool and Roma by hinting that he could be on his way out of RB Leipzig this summer.

The Sweden international is under contract in Germany until 2022, but has suggested that a move elsewhere could be on the cards.

Having impressed over the course of four years with Leipzig, interest in the 26-year-old has been building steadily.

Leading sides in England and Italy are said to be plotting big-money moves, with Forsberg conceding that he hopes to be turning out for one of “the strongest clubs in the world” in the not too distant future.

He told Fotbollskanalen: “I'm ready for the next big step. That's going to be very interesting.

“I am in dialogue with RB and always had a good relationship with the club.

“I have the dream of playing for the strongest clubs in the world.”

Arsenal were recently urged to make a move for Forsberg by Anders Limpar, with the former Gunners winger eager to see a fellow countryman complete a switch to north London.

He told Football.London: “If we get Emil Forsberg, we will be so lucky.

“He’s the biggest prospect we have in Europe. He has been really good in the Bundesliga and has been outstanding for the national side.

“If we get him, we would get a hell of a player who could produce points with assists and goals.

“Please God, we should sign him straight away - if we can.”

For now, Forsberg is away on international duty at World Cup 2018.

He did figure in Sweden’s opening 1-0 victory over South Korea, but struggled to make his mark in that contest and is aware that he needs to offer more if he is to be of benefit in the present and a man on the move in the future.

“I have a lot of pressure on me, but I like it,” Forsberg added.