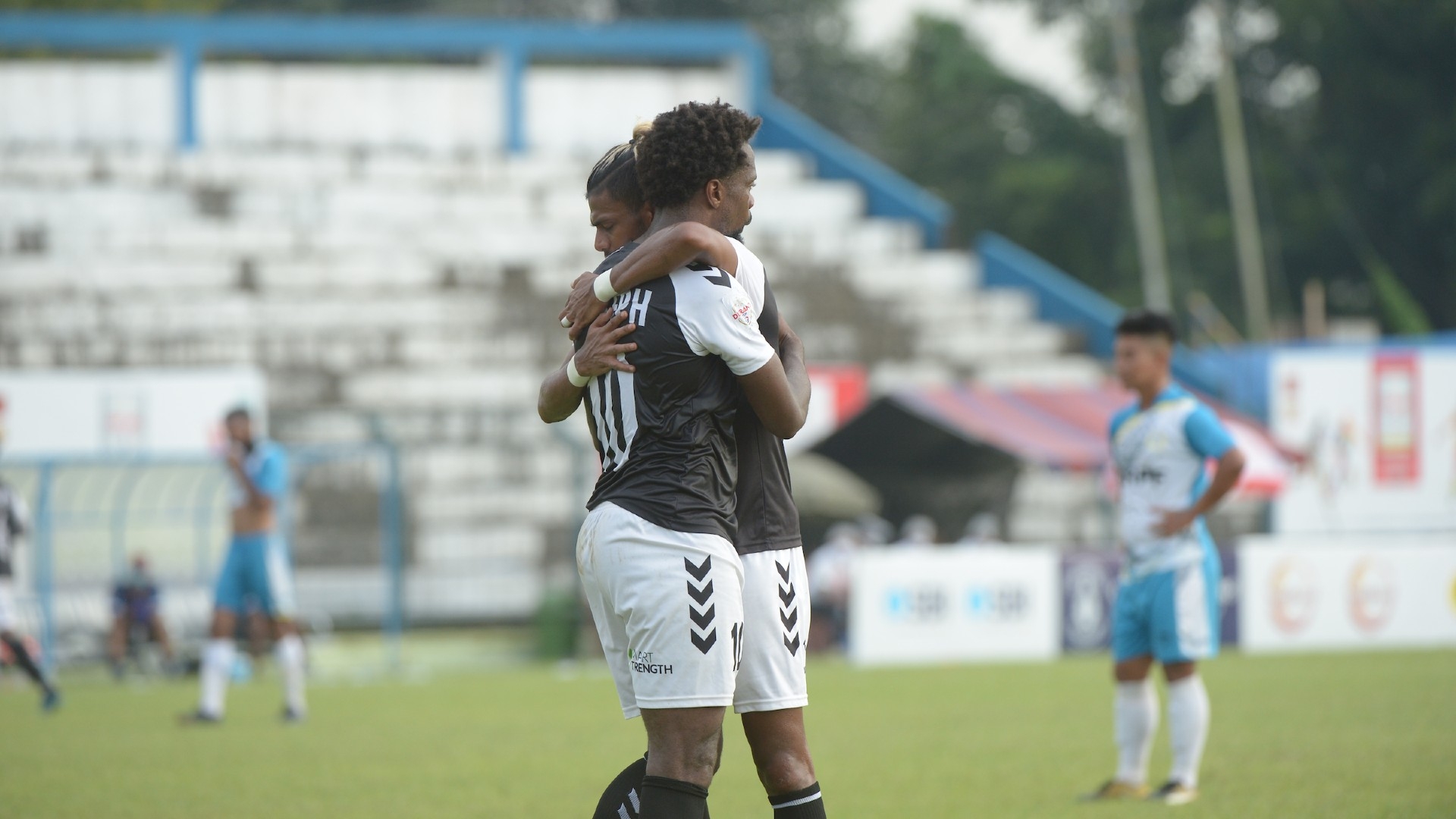 Mohammedan Sporting become the second team to make it to the quaterfinals of the Durand Cup 2021 in Kolkata.

The Kolkatan outfit defeated CRPF 5-1 to go atop in Group A with two wins from as many games, while Jamshedpur were handed a shocking 3-1 defeat at the hands of Army Green in Group B, among Friday's fixtures.

Marcus Joseph's brace (64', 66') was sandwitched between Azharuddin Mallick's double (13', 86'). Dashpreet (90') pulled on back for the Policemen just before Brandon Vanlalremdika (90+1') completed the tally for the Black and Whites.

Mallick drove in the early opener from a corner taken by Faisal Ali as CRPF squandered at least a couple of chances in the first half. The second half was filled with goals as Joseph got into the act with a quick double, with Mallick completing his brace a few minutes from regulation time.

Dashpreet's goal from a melee in the Mohammedan box was a little too late for CRPF, while Brandon came off the bench to score the sixth goal of the match in injury time.

As a result, after Bengaluru United's 4-2 win over Indian Air Force handed the former a spot in the quarters from the group, Mohammedan have also confirmed their progress with the group winner to be decided when Mohammedan meet Bengaluru United next Tuesday.

The army side took a three-goal lead through Deepak Singh (43', 48') who converted off two perfect deliveries by Dip Majumdar in either half before Sochin Chhetri (57') added the third. Jitendra Singh's (61') strike from the spot turned out to be a mere consolation for Jamshedpur.

As a result, with a win each, Army Green have thrown the group open as they now have equal points (3) as FC Goa and Jamshedpur from a game each.