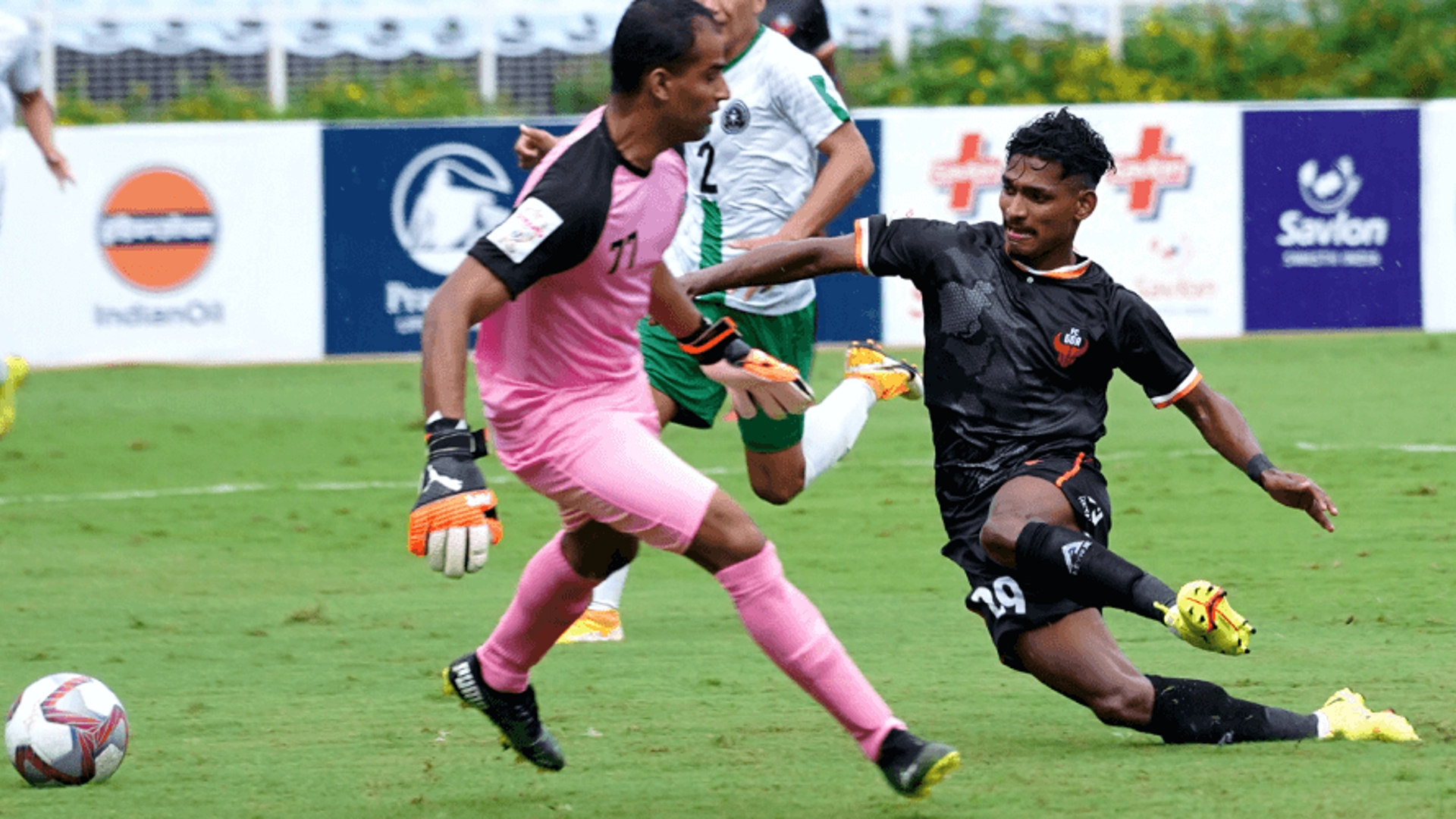 As a result, the Goan outfit climbed atop the Group B standings with fellow Indian Super League (ISL) side Jamshedpur second.

Army Green were not short of opportunities in the tie but were unfortunate when a deflection from Vikas Zanje's cross came off the woodwork in the 15th minute, besides a magnificent performance by Naveen Kumar produced at least half a dozen crucial saves in order to keep a clean sheet.

At the opposite end, Army Green goalkeeper Sarath Narayanan was busy throughout the tie and the scoreline would have been much worse if not for his intervention on multiple occasions, including denying Devendra Murgaokar in a one-on-one situation, a point blank header by Lalhmangaihsanga and a long range attempt by Alexander Romario.

Alberto Noguera was alert to a through pass by Makan Chote in the 35th minute to break the deadlock, while Murgaokar doubled the tally a minute from the hour mark with a toe poke off Romario's cross from the right flank.