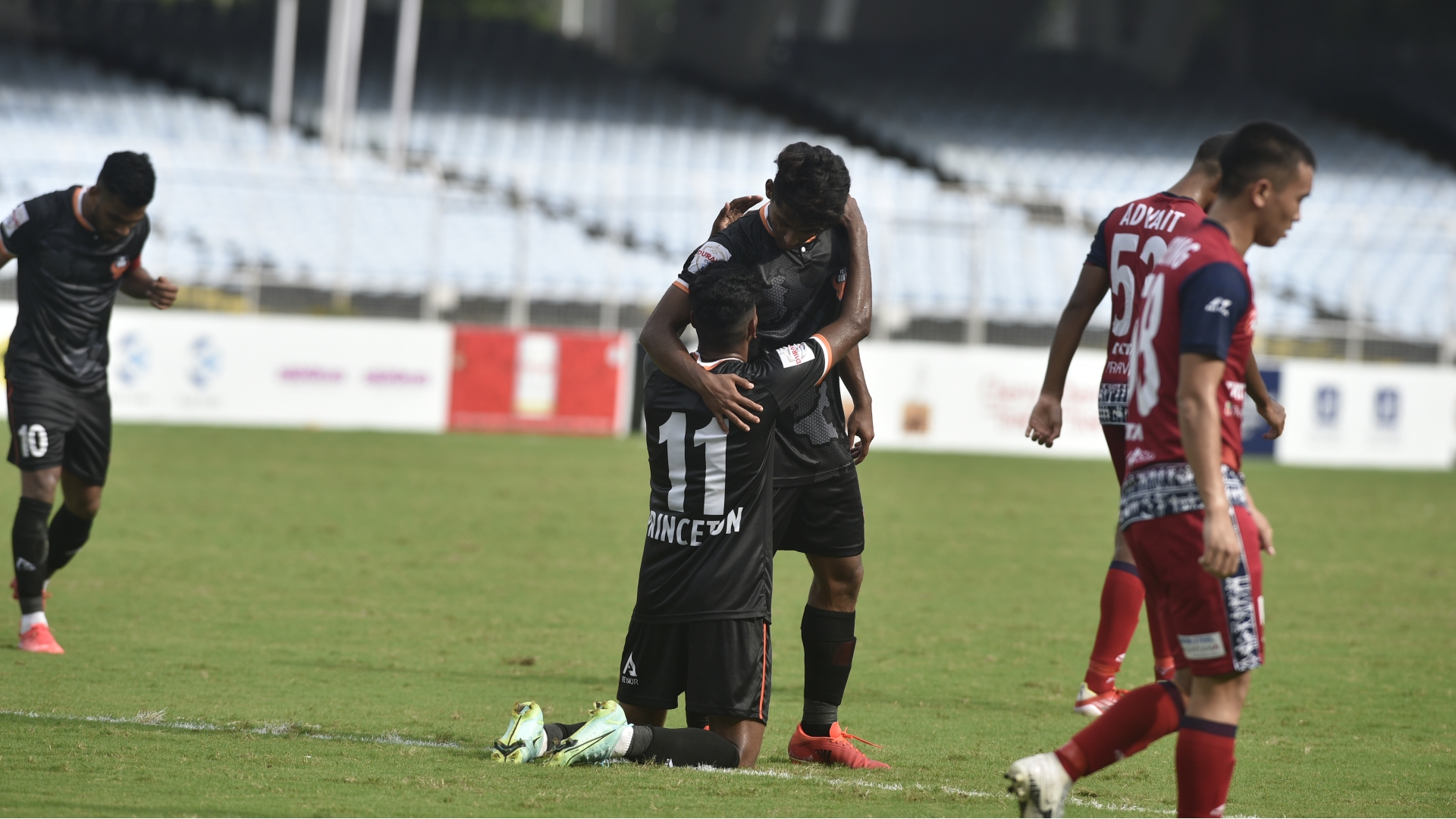 Former champions Army Green have joined FC Goa in the quarterfinals from Group B of the ongoing 2021 Durand Cup in Kolkata.

The Gaurs' 5-0 win over Jamshedpur meant the end of the latter's Durand Cup campaign, while Army Green downed Sudeva Delhi 1-0.

Army Green through to the quarters

Army Green rode on a solitary striker by Deepak Singh (51') to beat Sudeva Delhi at the Mohun Bagan ground in Kolkata, on Friday.

The Greens had their first chance in the ninth minute, but Lallawmkima's header was blocked by Sudeva goalkeeper Sachin Jha, who also kept out the shot off the rebound by Shubham Rana. Jha kept the I-League outfit in the game for as long as he could, with a few more saves through the half.

Sudeva would also have themselves to blame for not taking the lead as William Pauliankhum failed to make the best of his opportunity from close range in the first minute of the second half.

With an inch perfect pass by Dip Mazumdar for the eventual winner, it was up to Deepak to guide the ball past Jha in the 51st minute.

FC Goa dismantled Jamshedpur FC 5-0 at the Salt Lake stadium, on Friday, to finish as Group B leaders, having scored nine and conceded just once in the group games.

Brandon Fernandes' corner was met by a free-header by Murgaokar to put the Goans ahead, only minutes before Rebello doubled the lead from close range. The half was wrapped up with another strike by Murgaokar who was at hand to tap in the rebound of the save off Brandon's shot at goal.

With a three-goal lead at the break, Nemil applied the finishing touch after Alberto Noguera did all the spade work.

Towards the end of regulation time, the 19-year-old turned up once again, with another stunning goal from distance after the curler against Sudeva in the last game.