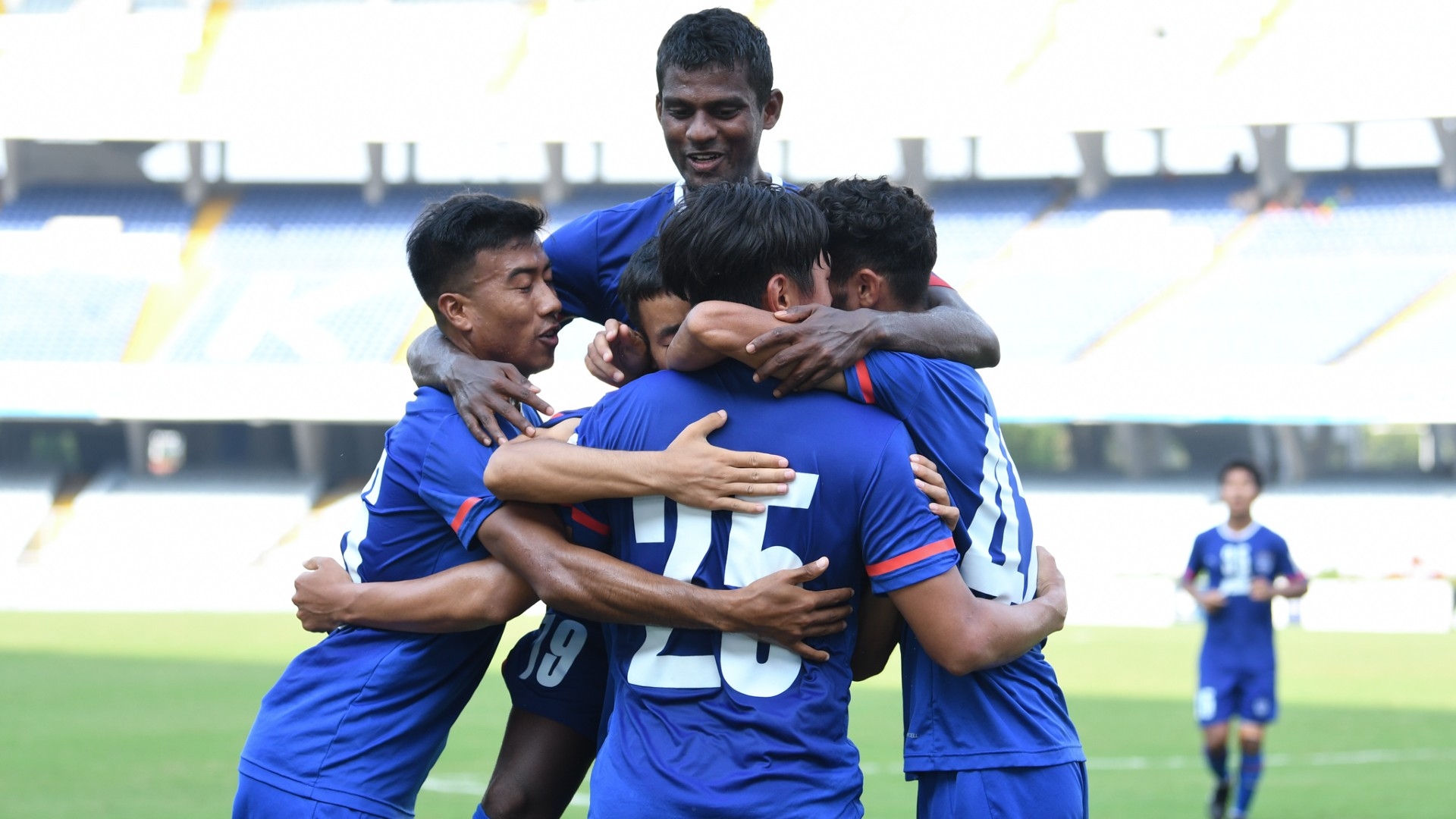 The Blues registered another come-from-behind victory in the Durand Cup...

Bengaluru FC became the last side to confirm their place in the semi-finals of the 2021 Durand Cup, for which Naushad Moosa's boys had to overcome Army Green 3-2 at the Salt Lake stadium in Kolkata, on Saturday.

Going behind to early goal by Lallawmkima PC (9' pen), the Indian Super League (ISL) outfit rallied back with Wungngayam Muirang (20'), Leon Augustine (47') and Namgyal Bhutia (74') among the goals before Vibin TV (89' pen) kept it interesting till the death.

Lallawmkima converted a penalty after being fouled by Ajith Kumar in the box, but the regimental side were in the lead for just about 10 minutes. Muirang struck with a stunning free-kick that left the Green's goalkeeper Sarath Narayanan, who earlier blocked an attempt by Sivasakthi Narayanan, with no chance of saving it.

Augustine, starting ahead of Bisyashagar Singh on the afternoon, after igniting the come-back against Indian Navy in the quarter-finals, was on the money when the 22-year-old left his markers in the lurch and chipped the onrushing Sarath.

Trailing by a goal, Dip Majumder nearly caused an upset on a couple of occasions but was dealt with by Bengaluru defender Roshan Singh and goalkeeper Lara Sharma.

Second half substitute Bhutia then made it 3-1 with a well placed finish after being released by Biswa Kumar. However, it was not over yet as Lallawmkima won his side another penalty that Vibin dispatched past Sharma to make it 3-2.

Bengaluru held on to a one-goal lead for the final few minutes and now face FC Goa in the second semi-final on Wednesday, September 29, at the same venue.