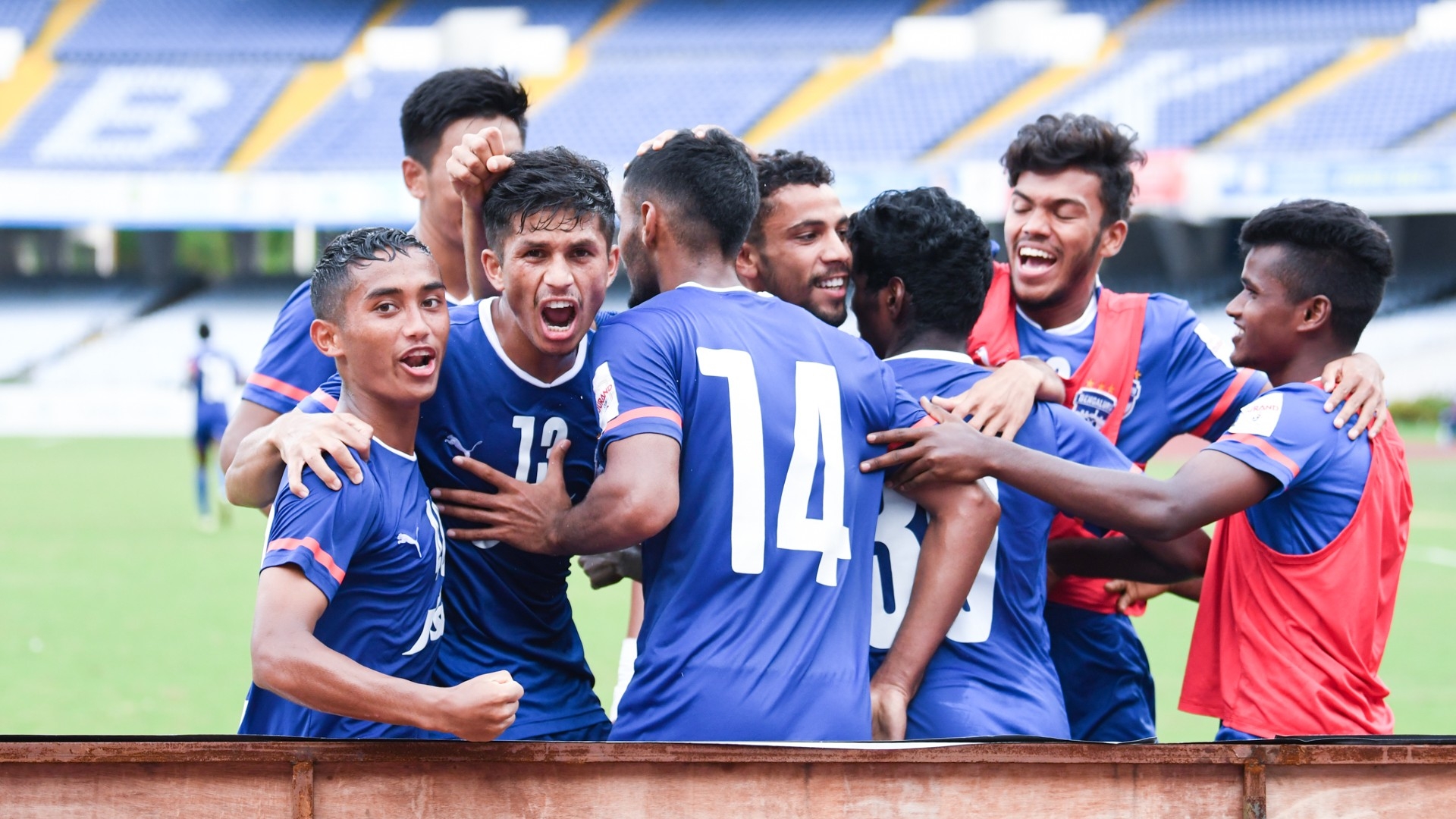 The Blues rallied back from trailing by two goals at half time, while the Blasters suffered their second defeat

The quarterfinals of the Durand Cup 2021 have been confirmed with Bengaluru FC beating Indian Navy 5-3 and Delhi FC's solitary goal victory over Kerala Blasters, on Monday.

As a result, the Naushad Moosa-led side finished atop Group C with 7 points from 3 games, with Delhi finishing second in the group with 4 points from as many games.

Bengaluru FC rode on a second half come-from-behind win against Indian Navy at the Salt Lake Stadium.

Jijo took advantage of the rebound of Bengaluru goalkeeper Lara Sharma's clearance from a corner to score the opener, while Sivasakthi Narayanan ballooned his effort wide from Harmanpreet's delivery at the other end as the Navy men would double their lead with Sreyas finding the bottom corner.

Augustine's introduction after the break seemed to make the difference as the Keralite took less than 10 minutes to finish off a lob from Sivasakthi and went on to assist Harmanpreet with a neat pass to draw level.

The Blues took the lead for the first time when Ajay Chhetri stepped up to the spot to beat Navy goalkeeper Bhaskar Roy in goal after Biswa Darjee won the penalty and Harmanpreet added another to by chipping the ball over the onrushing Roy to make it 4-2.

Bengaluru bagged another one at the fag end as Sivasakthi exploited the right flank before Bekey Oram set up Thoi Singh in the rival box. Vijay brought the scoreline down to 5-3 before the full time whistle.

The Indian Super League (ISL) outfit, with a youthful group, are set to face Army Green in the quarterfinals.

End of the road for Kerala Blasters

A 1-0 defeat at the hands of Delhi FC at the Kalyani Stadium brought an end to Kerala Blasters' debut Durand Cup campaign.

Williz Plaza's (53') second half strike made the difference as Delhi booked their spot in the quarter-finals. The goal also makes the Trinidadian the top scorer of the ongoin edition of the tournament with four goals from three games.

Delhi had opened the group stage with a 1-2 loss to Indian Navy and held Bengaluru to a 2-2 draw in their previous encounter.

Delhi FC, powered by Minerva Academy, will face FC Goa in the quarter-finals.