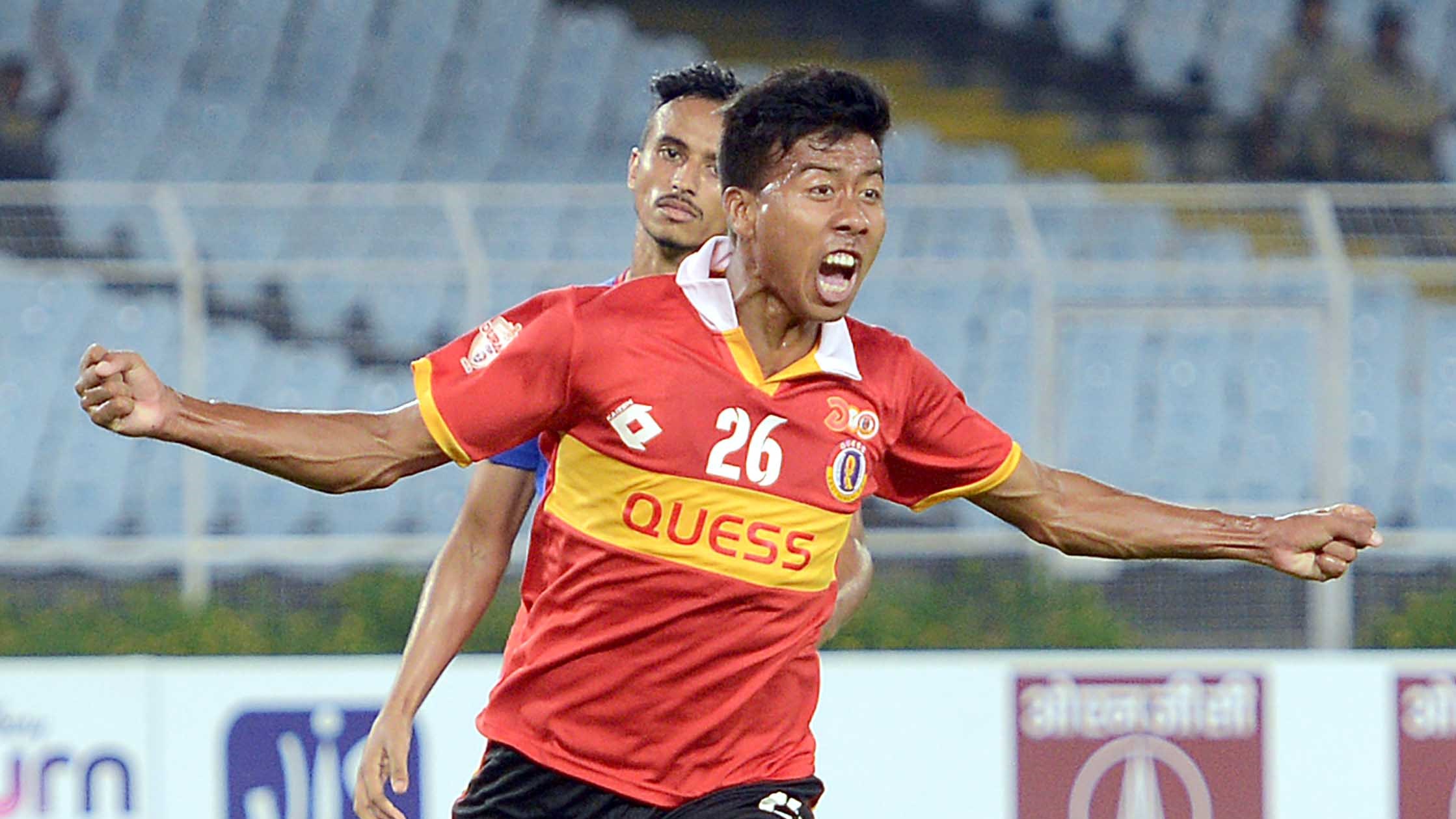 The Kolkata giants came from behind to score twice in the second half...

East Bengal beat Bengaluru FC 2-1 in their final Group 'A' league match of the Durand Cup 2019 at the Salt Lake Stadium on Wednesday.

Bidyasagar Singh scored twice (59', 73') in the second half as the Red and Golds came back from behind to win the tie. Ajay Chhetri had scored the opening goal for the Blues (17').

After a disappointing defeat in their opening match of the Calcutta Football League (CFL), Alejandro Menendez fielded a full-strength XI consisting of three foreigners including Jaime Santos returned to the lineup after an injury layoff.

Bengaluru FC came close to breaking the deadlock as early as the second minute of the match but Asheer Akhtar's timely clearance helped the scoreline remain unaltered.

East Bengal got their first major chance in the tenth minute when Pintu Mahata found himself one-on-one with the opposition goalkeeper after receiving a long ball from Lalrindika Ralte. He dribbled past Aditya Patra but failed to control the ball properly.

The visitors, against the run of play, broke the deadlock in the 17th minute. Naorem Roshan Singh cut in from the right flank by beating Abhishek Ambekar using his pace and found Edmund inside the box whose shot hit the crossbar. Ajay Chhetri found the back of the net from the rebound.

Menendez made a vital change at the beginning of the second half by introducing Bidyasagar in place of Boithang Haokip. The substitute came close to scoring in the very first minute but missed his chance by a whisker.

East Bengal restored parity in the 59th minute of the match as Bidyasagar found the back of the net. Brandon received a long ball from a counter-attack and entered the box before squaring it for Bidyasagar who netted the ball.

Bidyasagar completed his brace in the 73rd minute as East Bengal took the lead. The young striker received a through ball down the middle from Tondomba Singh and found the back of the net.

The Kolkata giants will face Group 'D' winners in the semifinal on August 21.