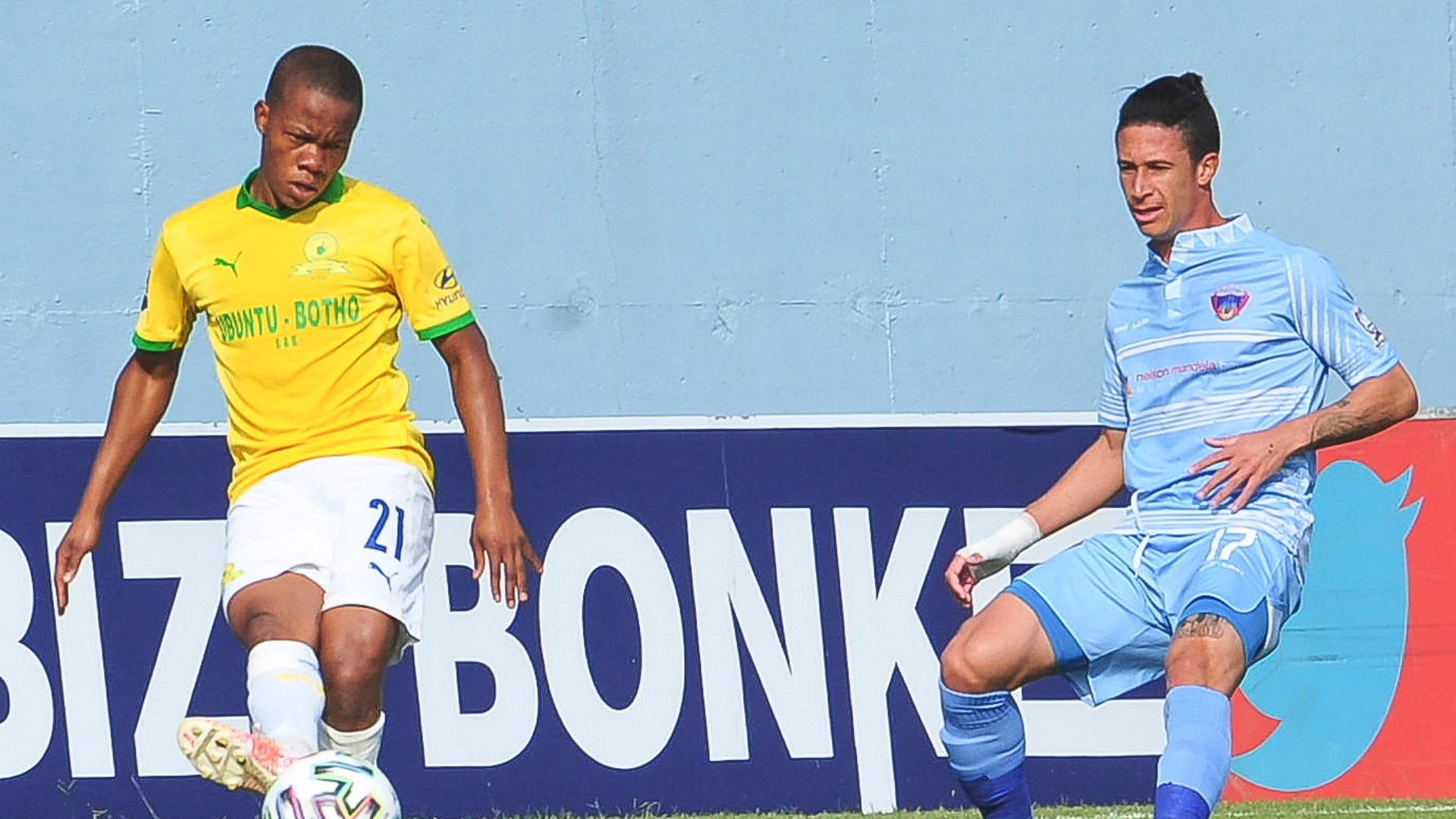 Premier Soccer League defending champions Mamelodi Sundowns will be out to maintain their unbeaten start to the 2021/22 campaign when they clash with Chippa United at Nelson Mandela Bay Stadium on Tuesday.

After edging AmaZulu 1-0 at home last Friday, it was a positive start for Masandawana in their title defence.

But they face a team that also started the season on a promising note when Chippa beat Sekhukhune United 1-0 away in Tembisa in their season opener.

The Chilli Boys have an opportunity to take an early lead on the PSL standings and stay atop overnight if they win, while Sundowns can also go at the summit with victory.

This would probably be the biggest test yet for Gavin Hunt as Chippa coach but he could be happy that none of his players are suspended when they host Sundowns.

The experience of the likes of veteran midfielder Kurt Lentjies, Mogakolodi Ngele and Roscoe Pietersen is what Hunts need against a star-studded Masandawana.

Sundowns defender Mosa Lebusa was substituted against AmaZulu last weekend as a precautionary measure following a minor knock but he is expected to feature against the Chilli Boys.

But Masandawana goalkeeper coach Wendell Robinson will not be allowed to sit on the bench while serving his last match suspended after he was red-carded in the MTN8 quarter-final battle against Kaizer Chiefs.

He missed Sundowns’ season opener against AmaZulu in what was his first match of the suspension.

Sundowns go into this match with a record of having gone for nine PSL matches without tasting defeat.

They last lost a league match last season in April when they were edged 2-1 by Kaizer Chiefs at Loftus Versfeld.

This is against Chippa’s record of just three unbeaten league games, including two draws which saved them from automatic relegation from the PSL.

But the Chilli Boys regard themselves as having started on a clean slate following Hunt's arrival.

Their win over Sekhukhune last Saturday could be an indication of their intentions to bury their troubled past marked by the constant changing of coaches.

It will, however, not be an easy task for Chippa against the PSL defending champions, a team they have never beaten in a league match.

Last season, Masandawana completed a double over Chippa United, winning 2-0 away, before again beating the Eastern Cape side 2-1 at Loftus Versfeld.

That was the same case in the 2015/16 and 2018/19 seasons when the Brazilians sealed back-to-back league victories over Chippa.