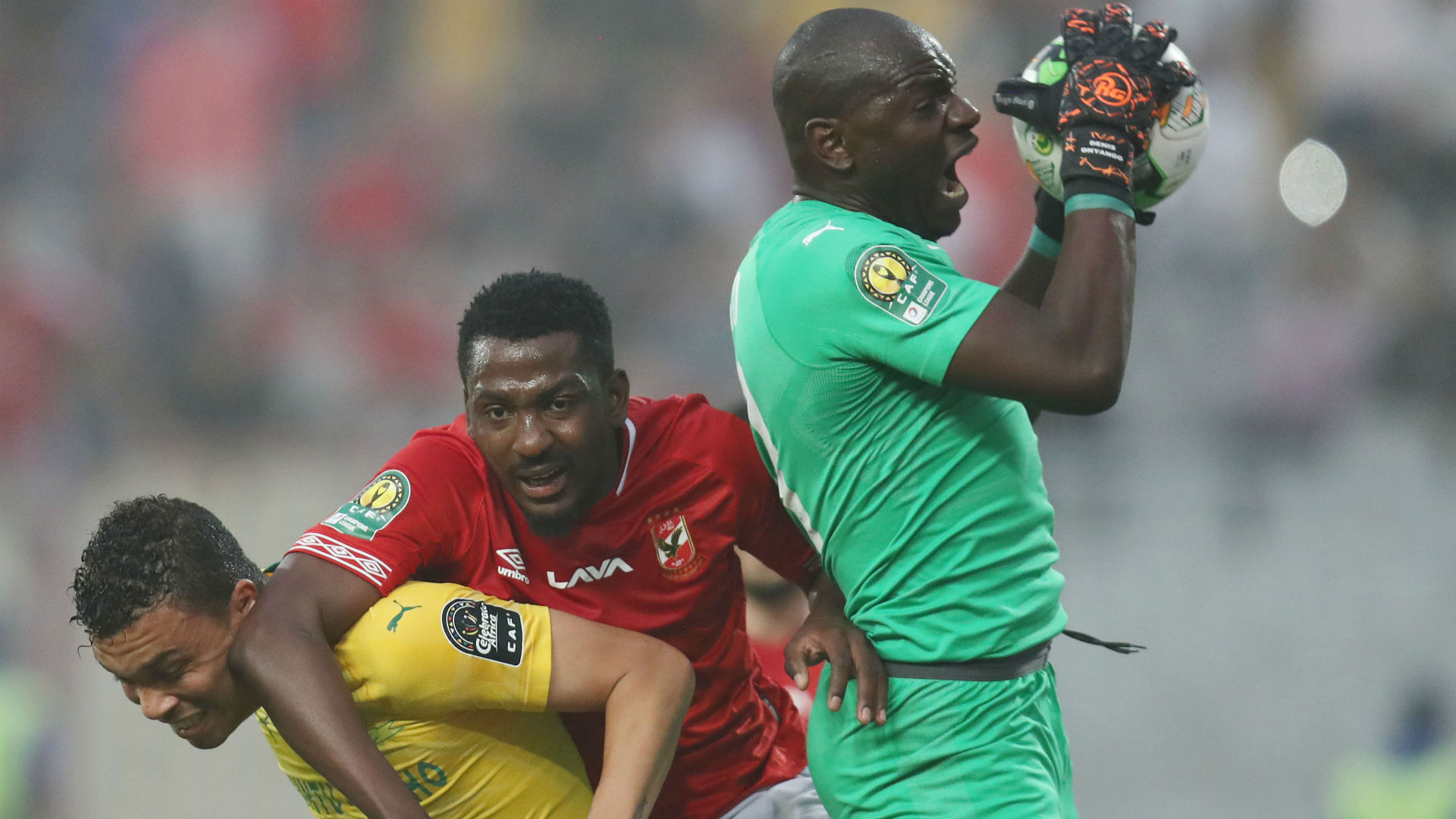 The 56-year-old tactician was with Masandawana from 2012 before the Egyptian giants came for his services in 2020.

Having led the South African heavyweights to the 2016 continental title, the tactician will be aiming at getting the better of his former side in the quarter-finals to stand a chance of winning the competition for a third time, having won his second Champions League with the Red Devils six months ago.

The Uganda legend is not expecting an easy outing against a team they are facing at this stage for the third successive season, and has expressed his feelings ahead of the reunion with his former coach.

"We anticipate a very tough encounter, looking at the fact that we have played them I think now this is the third time in a row," Onyango said ahead of Saturday's game .

"We are facing our former coach, it makes it a little bit interesting for us and also for them.

"We are looking forward to the encounter and we will try to get a positive result away from home so that by the time we play the second leg it’s not as tough as the first leg. We believe that we will get positive results on the weekend."

The 36-year-old has also pointed out the importance of taking their chances against the Egyptian giants, at the same time urging his teammates to be wary of the quality of their opponents.

"It is a team with a lot of quality players and we need to be very, very careful with them.

"We need to take our chances and at least get an away goal, but our main objective is to try and win the game and see how the second leg will be played because you can never count on the second leg without getting positive results from the first leg."

Saturday's encounter kicks off at 21:00 at Cairo's Al Salam Stadium.