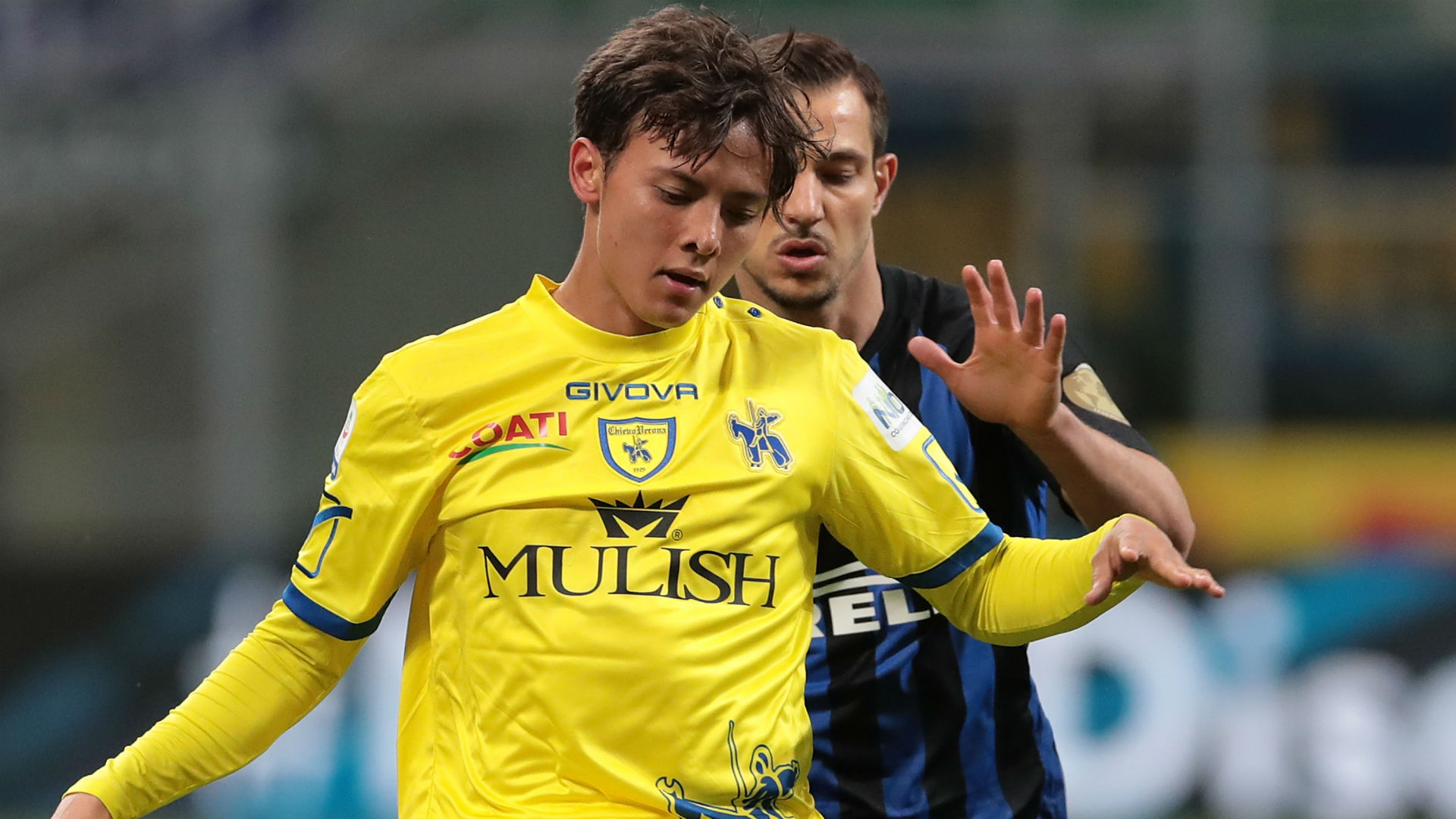 The in-demand teenager has expressed a desire to reach the highest level possible, after attracting attention from top clubs around Europe this season

Chievo midfielder Emanuel Vignato has described Barcelona as the "most beautiful side to watch" amid speculation over a possible move to Camp Nou next year.

Vignato rose through the youth ranks at Stadio Marcantonio Bentegodi before graduating to the senior squad in 2016, but has been made to wait for his breakthrough at the club.

The 19-year-old was restricted to just 10 appearances in the 2018-19 campaign as Chievo were relegated from Serie A, with one goal and one assist to his name.

He has, however, emerged as a fixture in Michele Marcolini's starting XI this term, featuring in 10 Serie B matches to help the club fight for an immediate return to the top flight.

Vignato has received widespread praise for his performances, with the likes of Bayern Munich, AC Milan and Barcelona all alerted to his unique talents in recent months.

Chelsea have also been linked with a move for the Italian youngster, whose current contract is due to expire next summer.

Vignato has now opened up on his ambitions for the future, addressing the possibility of a switch to Barca while also name dropping Manchester City boss Pep Guardiola as the "best coach" in the game.

"Where do I see myself in 10 years? I hope as high as possible, playing with a strong team," the midfielder exclusively told DAZN.

"Barcelona are the most beautiful side to watch, Guardiola is the best coach."

Vignato went on to reveal his main idols growing up, with a legendary Brazilian trio his main source of inspiration while learning his trade.

"I saw so many videos on YouTube about so many players," he said. "Ronaldinho, Kaka and Ronaldo (the Brazilian) are the ones that I saw the most."

On the surreal experience of seeing his name included in Chievo's squad on the latest edition of FIFA, Vignato added: "I never pick myself at FIFA, I always play with stronger teams."

Vignato started just behind Chievo's front two during a Serie B clash at Trapani on Sunday, but was unable to prevent the team from suffering a damaging 1-0 defeat.

He will likely retain his spot in Marcolini's line-up for a home fixture against Cremonese on Saturday, with Chievo looking to close the 10-point gap between themselves and league leaders Benevento.