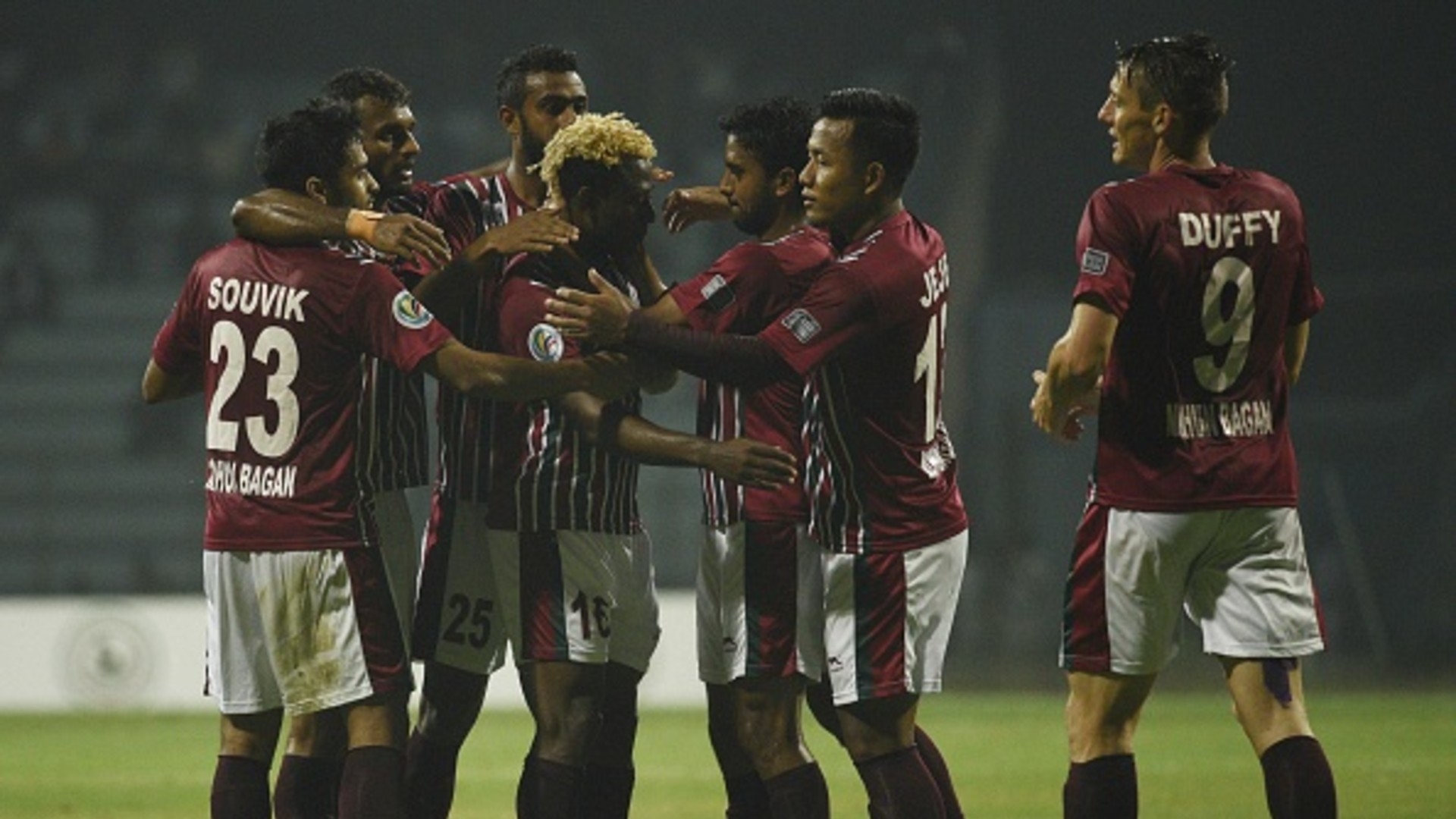 Mohun Bagan progressed into Preliminary Round 2 of AFC Champions League in 2016...

ATK Mohun Bagan are through to the knock-out stage of the 2021 AFC Cup as they rallied back to hold a 10-man Bashundhara Kings 1-1 in their final Group D clash at the Maldives National Football Stadium in Male, on Tuesday.

As a result, the Mariners have equalled their longest ever undefeated run in the second tier club competition in Asia (W3 D2) after they (as Mohun Bagan) managed a similar run in 2016 (W3 D2).

The first time Bagan played in an Asian competition was way back in 1987 when they took part in the Asian Club Competition which is now the AFC Champions League. The Green and Maroons are currently partaking in an Asian club competition for the 11th time.

Goal takes a look at the Kolkata giants' performances in Asia.

How has Mohun Bagan performed in Asian club competitions?

Mohun Bagan made their Asian debut in 1987 when they took part in the qualifying stages of the Asian Club Championship. The Mariners were clubbed in Group 2 alongside Al Rasheed (Iraq), Mohammedan SC (Bangladesh), Manang Marsyangdi (Nepal) and PAF FC (Pakistan).

Bagan defeated Manang Marsyangdi and PAF FC and drew against Mohammedan. Their only defeat came against group toppers Al Rasheed. The Indian club was ousted from the group stage after finishing second.

In the 1988-89 edition, Mohun Bagan managed to go past the qualifying round beating Fanja (Oman), Crescent Textile (Pakistan) and Kathmandu SC (Nepal). The Mariners scored 13 goals and won all three matches to qualify for the next round.

In the semifinal group round, they were clubbed with Al Rasheed (Iraq), Guangdong Wanbao (China) and Kazma SC (Kuwait). The Indian club lost all three matches and were ousted from the competition.

In this edition of the Asian Club Championship, Mohun Bagan were placed alongside New Radiant (Maldives) and Ratnam SC (Sri Lanka) in the South Asian qualifying preliminary round. The Mariners remained unbeaten in the group stages but got knocked out in the second round to Thai Farmers Bank FC.

They lost 4-0 in the first leg away from home. But due to a plague threat in India, AFC ordered that the return leg will be played in Malaysia. Bagan objected to the decision but the apex governing body in Asia was not convinced. Instead, the Indian club was ejected from the competition, fined $3000 and banned from AFC competitions for three years. The ban was later removed.

In the very first round, Mohun Bagan were shown the door after they lost to Maldivian outfit Club Valencia. In the first leg, Bagan won 2-1 but went down narrowly by a goal away from home. Valencia progressed by virtue of the away goal.

Mohun Bagan defeated Muktijodha Sangsad 2-1 in aggregate in the first round but in the next round, they meekly surrendered to eventual runners-up of the competition Jubilo Iwata. In the first leg, the Japanese outfit won 8-0 and upon mutual agreement, the return leg was not played.

Mohun Bagan got the opportunity to play in the AFC Cup for the first time in their history. The Mariners finished their campaign on a disappointing note as they were ousted from the group stage after finishing second.

Mohun Bagan lost all six group games in the 2009 AFC Cup and were ousted from group stage.

Mohun Bagan progressed into Preliminary Round 2 in AFC Champions League after beating Tampines Rovers 3-1. But then the Mariners meekly surrendered to Shandong Luneng in the next round. Thereafter, in the AFC Cup, they lost to the same opponents in the Round of 16.

Mohun Bagan defeated Club Valencia of Maldives in the qualifying round but were ousted from the group stage after finishing third on the table. Incidentally, Bengaluru FC was in the same group as Bagan and had qualified for the next round as group toppers.

This being the fourth time that the Mariners - for the first time as ATK Mohun Bagan - are participating in the AFC Cup, Antonio Habas' men are now in the knock-out stage of the competition.

ATK Mohun Bagan got a direct berth in the group stage of second-tier Asian club competition with Mohun Bagan's 2019-20 I-League title triumph, and following the merger between ATK and Mohun Bagan ahead of the last season wherein ATK Mohun Bagan plied their trade in the Indian Super League (ISL) as a new entity.