The unique design for the 80,000-capacity Lusail stadium was launched in the presence of FIFA Secretary General Fatma Samoura...

The spectacular design for the Lusail Iconic stadium in Qatar was unveiled at a gala ceremony in Doha on Saturday.

Located 15 kms north of central Doha, the Lusail stadium is all set to play host to the opening match as well as the final of the 2022 FIFA World Cup to be held in Qatar.

It is the eighth stadium deign to be unveiled by the Supreme Committee for Delivery and Legacy (SC) and is the largest of them all with a seating capacity of 80,000.

Drawing on Qatar’s heritage, the stadium has drawn on ‘fanar’ lanterns and intricately designed bowls for inspiration for the unique design. An Arab architectural sense celebrating the region’s ancient tradition of craftsmanship are some of the highlights of the imposing structure.

The concept of the stadium’s design has been provided by acclaimed British firm Foster+Partners and construction of the stadium has now been ongoing since April 1, 2017.

Significant inroads have already been made in its construction with the substructure now complete while concrete superstructure and infrastructure works are progressing rapidly in all the sections.

Being constructed by a joint venture between Qatari firm HBK Contracting Company and China Railway Construction Corporation, the Lusail stadium is set for completion as early as 2020.

FIFA Secretary General Fatma Samoura was in attendance for the design launch and expressed her delight at the progress made by Qatar for the 2022 showpiece. 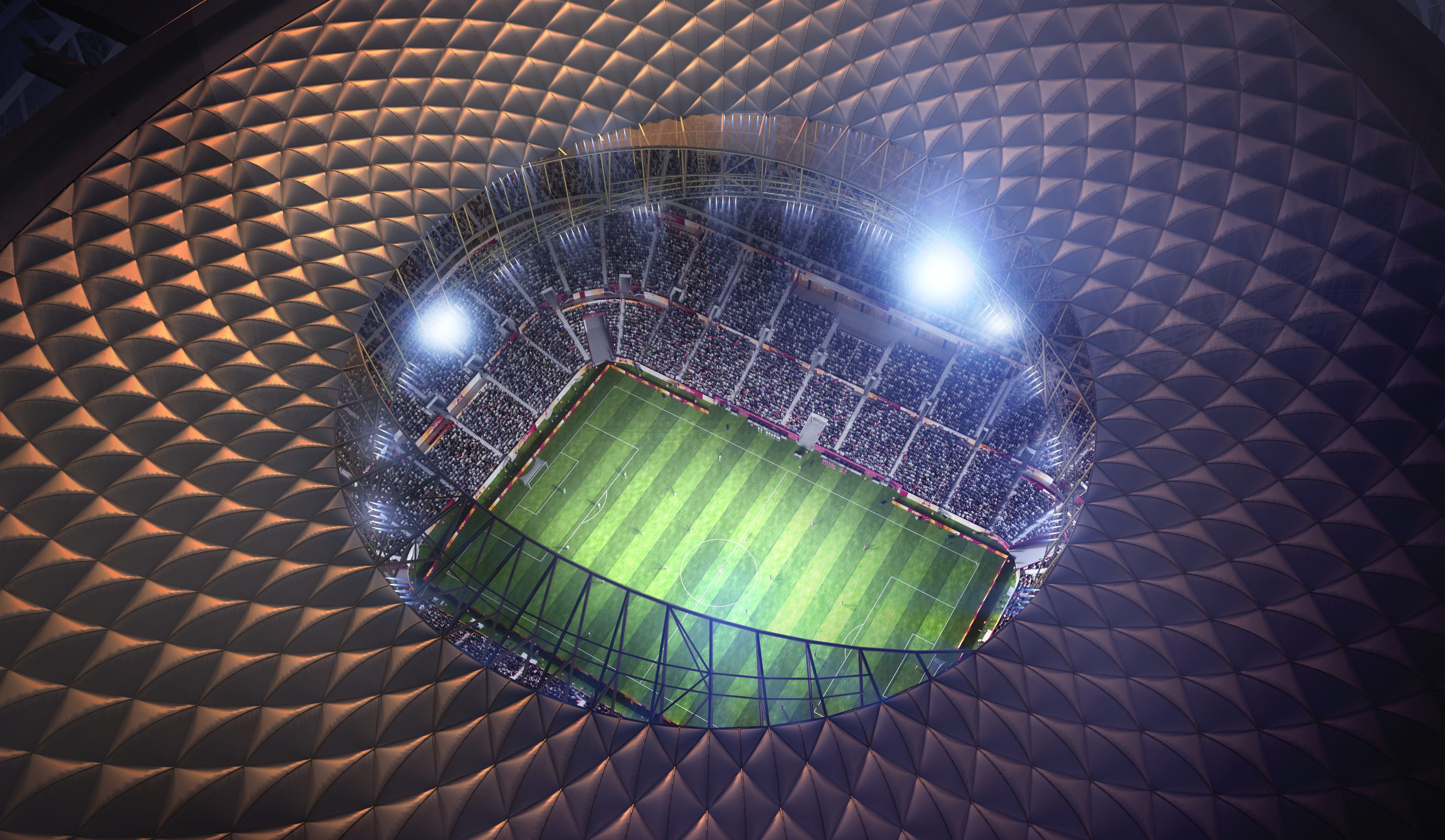 “I am delighted to see Qatar’s continued commitment to excellence in the spectacular Lusail Stadium. Qatar’s stadiums are among the most eye-catching ever seen and the venue proposed for the final is absolutely gorgeous,” Samoura stated.

“I particularly enjoy the fact that Middle Eastern culture is reflected in Lusail’s and several other designs, and look forward to seeing football fans from all over the world discover the culture and history of the region,” she added.

Lauding the design of the stadium, SC Secretary General H.E. Hassan Al Thawadi said, “With the reveal of the iconic Lusail Stadium design, today marks another significant milestone on the road to 2022.

“It has now been eight years since we won the rights to host the 2022 FIFA World Cup and we told the world to expect amazing. With this stunning design of our showpiece stadium, I am proud today to once again be delivering on that promise.

“The new stadium is a nod to our past and a symbol of an exciting future. On the very same land as the home of our nation’s founder, it sits at the heart of a brand new city. It’s a city for the future, and once the World Cup is over it will form a crucial part of the legacy of the tournament as it transforms to become the heart of a brand new community. We hope that one day, future generations look at Lusail Stadium as a source of inspiration, perseverance and innovation that enabled the transformation of Lusail into the modern city it is,” Al Thawadi continued. 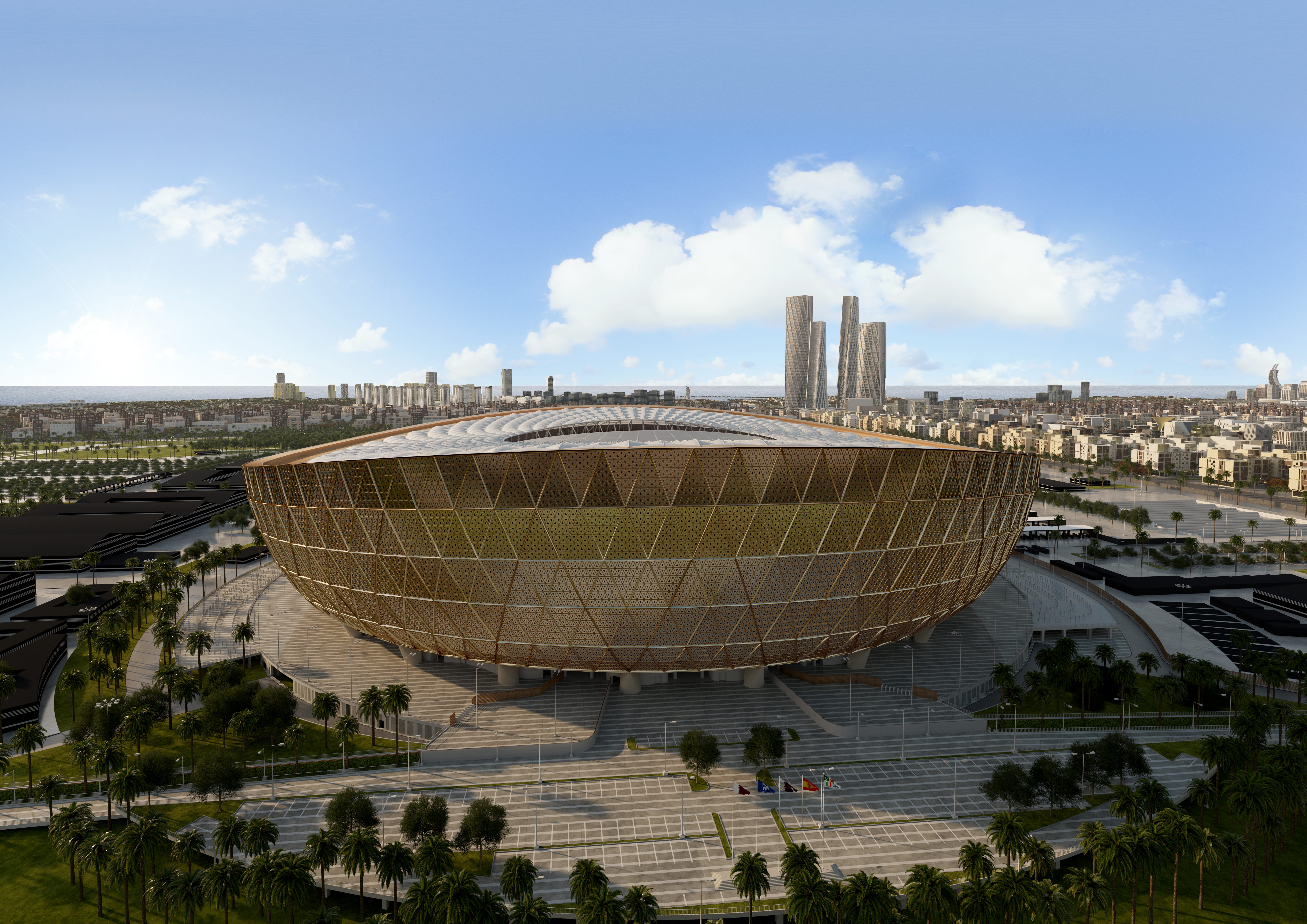 Hilal Al Kuwari, Chairman of the SC’s Technical Delivery Office, on his part said, “Unveiling the design of Lusail Stadium is another step on our journey to hosting an unforgettable World Cup in 2022.

“We are currently in the peak construction phase and making incredible progress in collaboration with our partners and stakeholders. We look forward to celebrating more milestones in 2019 and beyond.”

Following the completion of the 2022 World Cup, the Lusail stadium will be transformed into a multi-purpose community space which will include schools, cafes, sports facilities, health clinics as well as shopping centres.

The capacity of the stadium will be reduced to 20,000 to facilitate the changes. The FIFA World Cup in Qatar will kick off on 21 November, 2022.