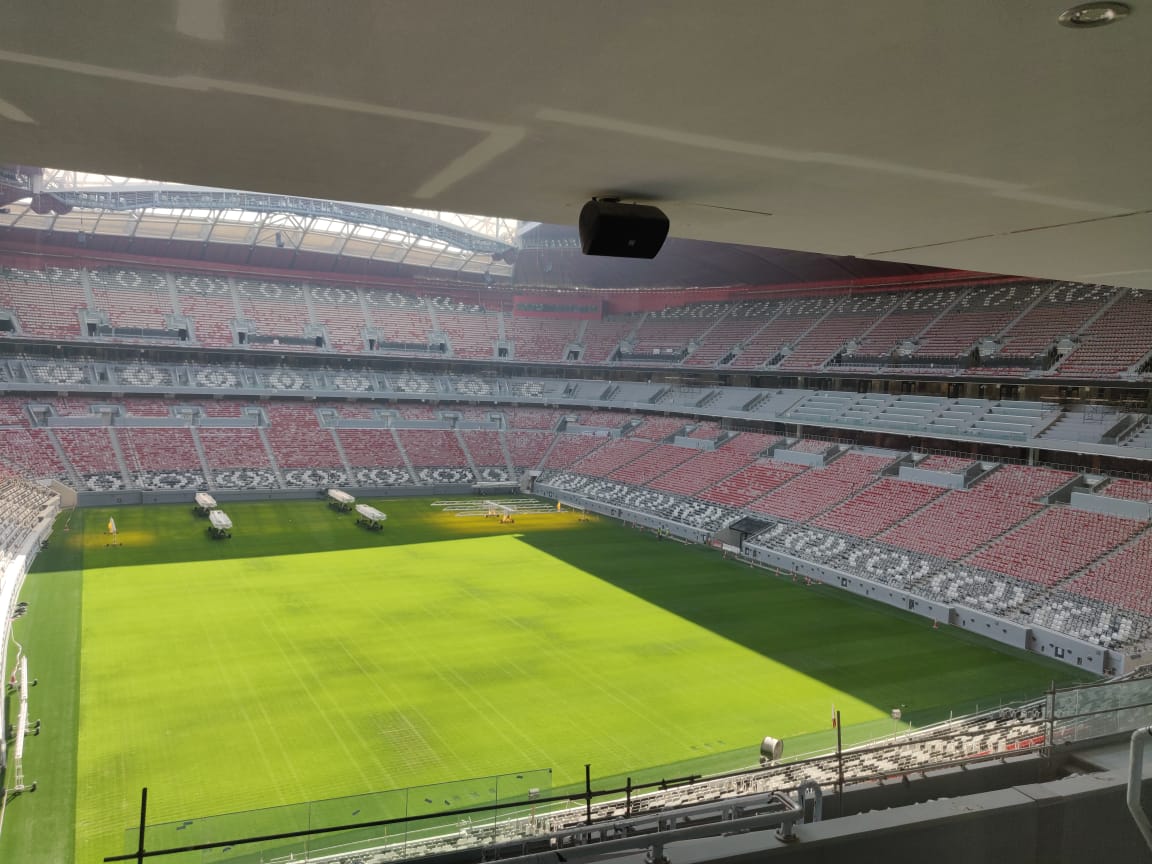 The Al Bayt stadium will have dedicated 5-star hotel rooms, ensuring fans can enjoy the 2022 World Cup in ultimate luxury...

The 2022 Qatar World Cup has already turned quite a few heads, given the state-of-the-art technology and innovative ideas that have been set in motion for the greatest spectacle in the sport of football.

The stadium cooling technology and mesmerising designs of the stadiums being constructed have left fans drooling and in awe. Now, the Supreme Committee for Delivery & Legacy (SC) - the organisation responsible for delivering the infrastructure for the World Cup - have unveiled jaw-dropping Sky Boxes at the Al Bayt stadium in Al Khor city which is still under construction.

Located 40km north of Doha, the 60,000-seat stadium is designed to emulate a traditional nomadic Qatari tent. However, the grand attraction is not the roof but a stunning hospitality wing which houses the so-called Sky Boxes.

The hospitality wing features the most luxurious five-star hotel rooms featuring every bit of indulgence one can possibly imagine. The suites have a brilliant view of the pitch inside the stadium and they will be turned into Sky Boxes and marketed as such during the 2022 World Cup by FIFA.

There are a total of 96 such rooms in the Al Bayt stadium.

Imagine enjoying a World Cup game in luxurious style, with all the facilities that a world class hotel can offer. The spacious rooms have desks overlooking the pitch and a comfortable bed that can be turned into a sofa while you enjoy the stars of the game show their skills on the pitch.

“This is a very unique concept that we have designed. The idea was there from Day One. The business guys drive the project so that it becomes sustainable. This was one of the plans to have a hotel for the visiting teams in Qatar. It will be converted to sky boxes by FIFA during the World Cup and therefore the furniture has been selected in that way. The beds can be converted to sofas and vice versa,” revealed Engineer Mohamed Ahmed, SC Project Manager for Al Bayt Stadium-Al Khor City.

“We shared the information with FIFA and they liked the idea. All facilities of a five-star hotel. There are 96 rooms and all will be converted to sky boxes during WC,” he added.

However, the rooms will not be useless once the World Cup ends. Given the sustainable way in which the SC has planned Qatar 2022, the Sky Boxes located in the upper concourse of the stadium will be converted into a full-fledged five-star hotel after the World Cup.

“I think everything about the project is unique. From the shape, to the design and the accessibility,” Mohamed Ahmed further said.

Uniqueness has certainly been one of the hallmarks of Qatar 2022 World Cup so far, in so many different ways. And Qatar, staying true to their motto adopted for the World Cup, are indeed ‘Delivering Amazing’!