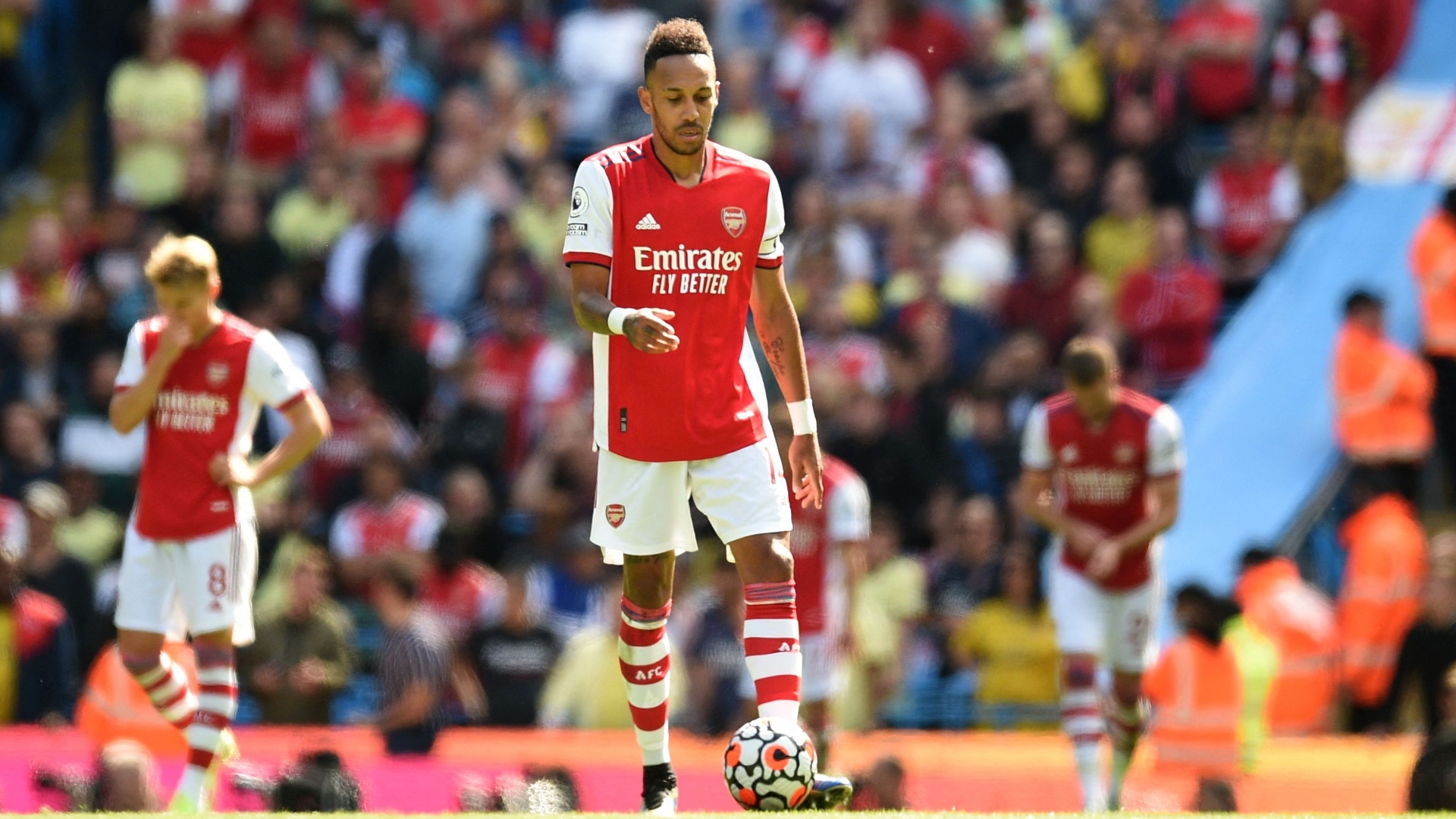 Pierre-Emerick Aubameyang called on his Arsenal team-mates to show a dramatic improvement after suffering a humbling 5-0 defeat at the hands of Manchester City on Saturday.

The Gunners, who played the last hour with 10 men following Granit Xhaka's red card, slumped to their third consecutive Premier League defeat in as many games this season, and have now conceded nine times without managing a single goal of their own.

Despite investing heavily in new talent over the summer, things look grim for the club as the pressure mounts on manager Mikel Arteta.

Speaking after the game, Aubameyang recognised that the team's performance levels simply were not good enough.

"You have to take risks and you have to be brave on the ball, and we didn't today," said Aubameyang.

"After that and the red card, it was a completely different game, but as I said, this is not enough and everyone needs to raise the level, look at ourselves in the mirror and work this out as a team and stick together. This is the only way to go forward.

"I think we need to talk between us players. I think this is now important because we are Arsenal and we need pride. That's it. We have to talk and say the truth between each other, be honest and as I said, raise the level.

"For sure [the rebuilding process] is going to be difficult, but we are a team. We have to stick together in this moment. As the senior players, we have to show the way as well to the young players. I know that won't be easy but we will try to do our best."

Aubameyang may have been brutal in his analysis of Saturday's meltdown, but his thoughts were supported by the embattled Arteta.

"If he feels that then I really agree because they are the ones that are on the pitch and have feelings that no one else can have apart from them so if that's the case, then that's good," the manager explained after the final whistle.

"I've always said it, I will be the one [to take responsibility]. I think I've been more critical about myself and taking the blame every single time, but only when we have defeats.

"I stand here today and I do exactly the same thing. I question myself and I have to try and have the right people around me and look at every decision that we make, and that I make, and try to improve it and change it if we believe that we should have done something different, of course."