USWNT star Morgan finally getting up to speed at Tottenham – but will she stay? 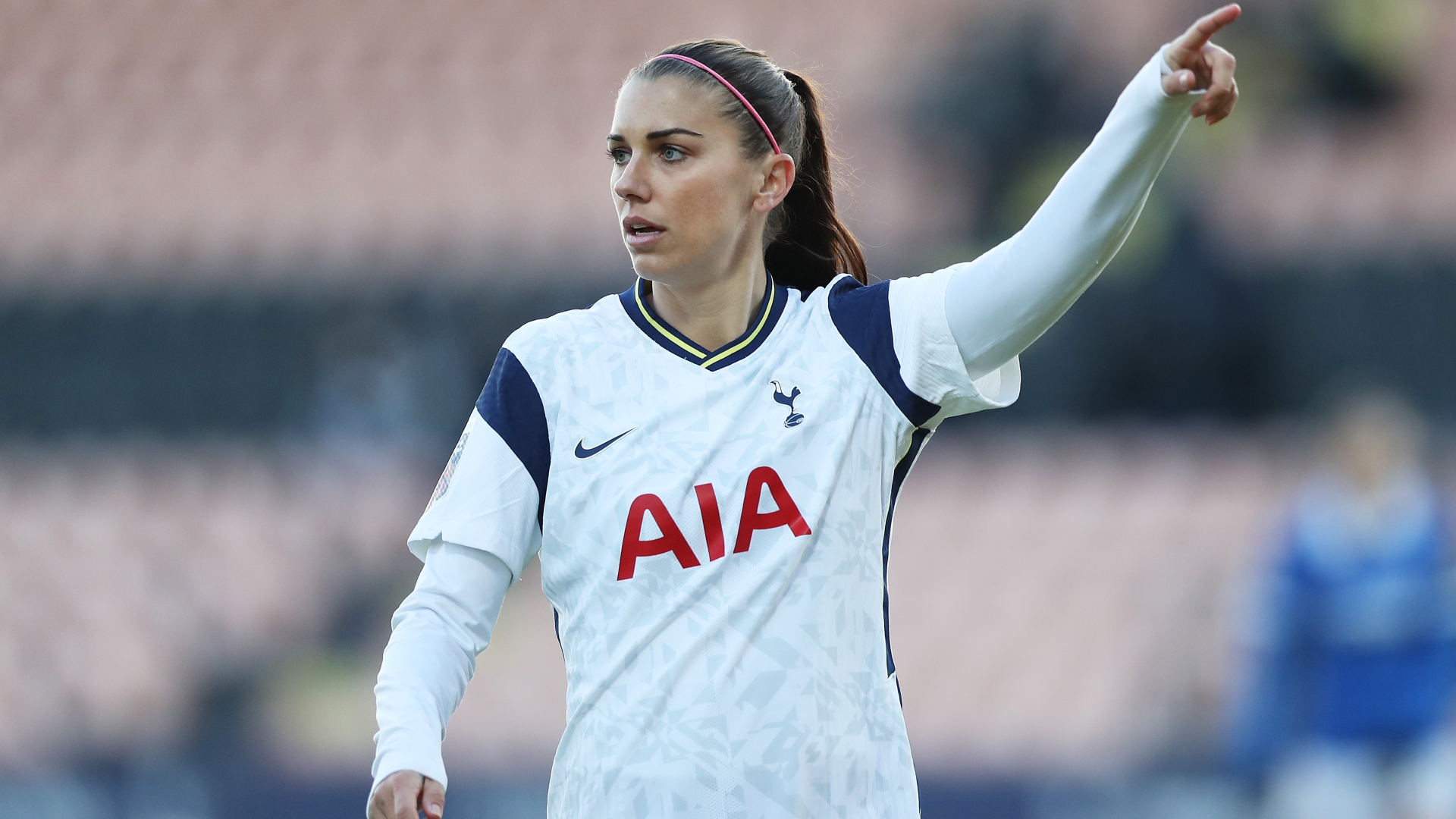 The 31-year-old is starting to prove her worth for Spurs, but her time with the club could be rapidly approaching its end

Alex Morgan is back up and running, and not a moment too soon for Tottenham.

In consecutive weeks, Morgan has scored her first two Tottenham goals - in just her second and third starts for the team - and seen her side pick up their first two Women’s Super League wins of the season.

But, just as she begins to round into form, her time with the club could soon be coming to an end.

Morgan’s return after giving birth to her daughter Charlie in May has been methodical. She signed for Tottenham in September, but did not make her debut for the club until November after shaking off fitness issues and a lingering knee problem.

Shortly after her Spurs debut, she made her first appearance for the U.S. women’s national team since the 2019 World Cup final – a span of 509 days.

The opportunity to slowly return to the pitch was an unexpected luxury for Morgan, who was planning a frantic rush back to be ready for the Olympics in July. With the Covid-19 pandemic pushing the Tokyo Games back by a year, the striker’s outlook suddenly changed.

“I definitely feel like I have been able to really just take a step back and go on my own timeline which has been so nice and so unexpected,” Morgan said in an interview with U.S. Soccer. “When I first got pregnant it was going to be the complete opposite.”

Morgan could have used the NWSL offseason to continue working her way back ahead of the league’s return in the spring. Instead, she chose a route that would prove much more challenging both personally and professionally.

“I’ve gained so much respect for the decision Alex made to go to England,” USWNT head coach Vlatko Andonovski said after Morgan made her national team return last month.

“For her to have a newborn with her, go to another country in the middle of a pandemic to be able to get back and play the game that she loves and prepare for the next big tournament I think deserves lots of respect.

“It’s just a sign of a true leader. It shows the young players that in order to be on this team it’s not just being good, it comes with a lot of sacrifices, whether it’s family time or fun or whatever comes in life. I think it’s a great message that she sends.”

Morgan now has a decision to make. Her Spurs contract gives her the ability to return to the Orlando Pride at the end of December. Should the 31-year-old leave now it would be a major blow to Spurs, whose manager Rehanne Skinner is hoping for clarification on her star striker’s future.

“Those are conversations that need to be had as soon as possible,” Skinner said earlier this month.

There are many considerations, both on-field and off, that Morgan will have to take into account. Staying in England through the end of the 2020-21 season would mean missing a large chunk of the 2021 NWSL season, especially if Morgan makes the Olympic roster.

Heading back to the U.S. would also likely mean Morgan can spend more time with her husband Servando Carrasco, who has been playing for second-tier Fort Lauderdale CF – just a three-hour drive from Orlando.

Carrasco though, is out of contract, and his playing future is unclear. Recently, he's been seen in the stands in London watching Morgan play for Spurs.

Sunday's match against defending champions Chelsea will have plenty of meaning for Morgan and for Spurs. Any result against Emma Hayes' unbeaten side would be a statement that Tottenham's recent upturn in form is no fluke. And, as the team's final game of 2020, it could mark the end of Morgan's time in north London.

Losing their star striker at this juncture would be a bitter blow for Spurs, especially as Morgan regains the desire and commitment that have made her one of the game's best over the past decade.

"I'm not going to step back on the field or continue playing soccer if I don't absolutely love it," Morgan said. "I do really love the game of soccer and I'll continue to play it as long as I do have that love for it."