TMJ reveals plans to oust him from FAM 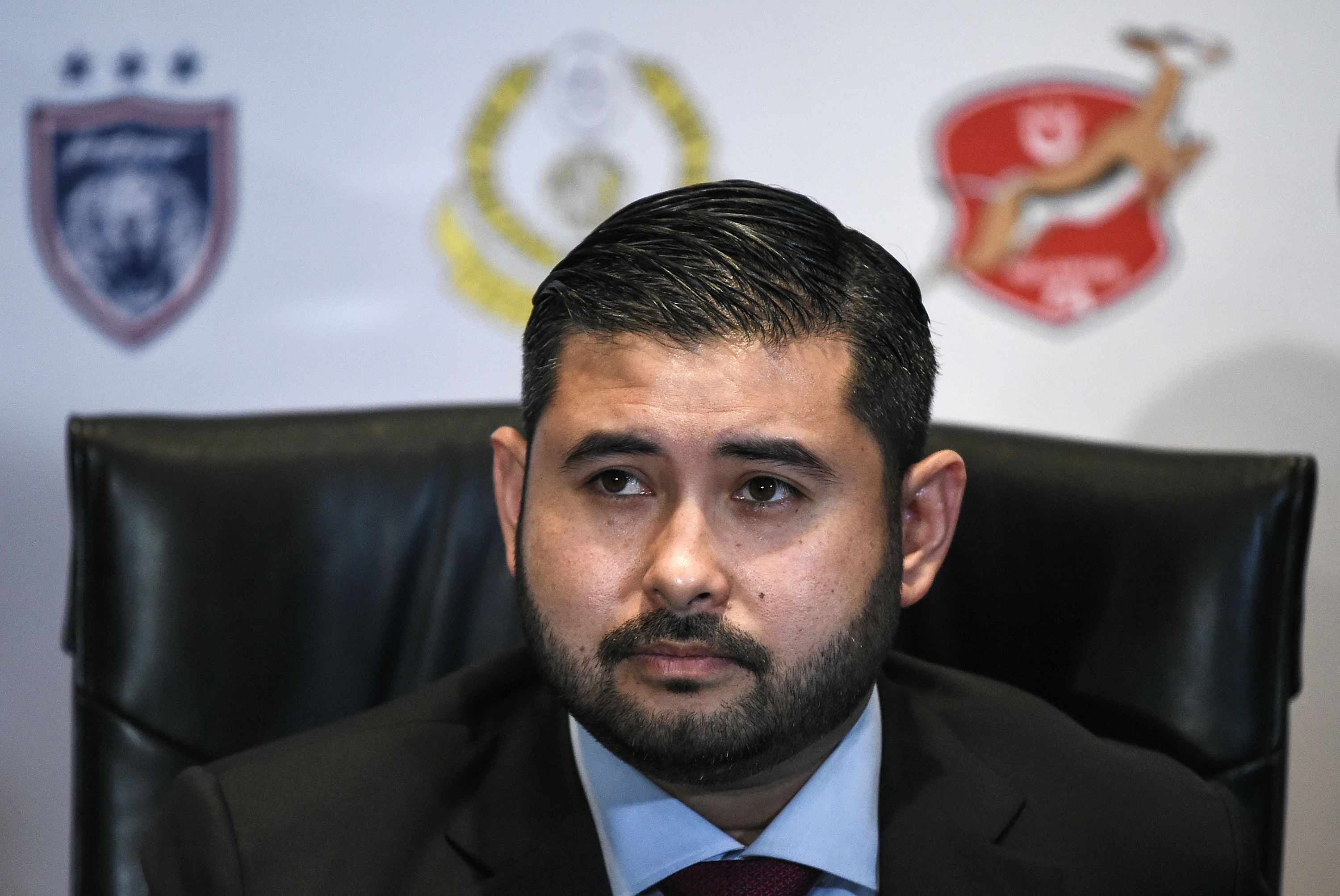 TMJ has no intention to step away from the FAM President despite secret plans being made behind his back trying to push him out.

The President of Football Association of Malaysia (FAM) dropped a bombshell when he revealed that there were plans behind the scenes to remove him from the position.

HRH Crown Prince of Johor, Tunku Ismail Sultan Ibrahim revealed in a press conference on Wednesday after a congress meeting was held in Johor Bahru. Tunku Ismail who is also known as TMJ also confirmed the fact that moves were also made against Kevin Ramalingam, the Chief Executive Officer (CEO) of Football Malaysia Limited Liability Partnership (FMLLP).

TMJ was however adamant that he won't back down from the responsibilities and will ensure that any plans to overthrow him or Kevin - would not be successful.

"Of course [there are things happening behind the scenes]. It's not only a plan to remove him but also me, as president. A lot in FAM who dream of becoming president. There's also a lot who get their media contact to write things in hope that I will become fed up and leave. It's not going to happen."

"There's politics in FAM. Even those who are trying to bring in sponsors for the league, there's politics. They want to make their own company and own consortium, to cut out FMLLP. To give the lobby to their respective people. I know this is happening but as long as im president, don't hope for this to happen.

"Whoever that is the CEO of FMLLP is at the pleasure of president. If tomorrow, i want to appoint someone else, then it will be someone else. For now, he's doing the work well and he can answer your questions with facts, so he should carry on with the job.

"Few of the excos doesn't agree with my opinion because they want their own people. But sorry, this is not a political party, this is a football association," said TMJ in the press conference when asked on the matter.

TMJ was elected as the new president of FAM back in March of 2017 after challenger Tan Sri Annuar Musa pulled out of the race in the final week leading up to the elections. Since being at the helm, TMJ had made numerous changes to the way things are run at FAM, including having the quarterly executive committee meetings outside of Kuala Lumpur.

Plans are also in place to send Dato' Hamidin Mohd Amin and Kevin to Spain in October this year, to have a closer look at how football and the league is run over there and to bring home best practices.

Despite only being in the job for six months, it looks like TMJ is here to stay for the long haul.