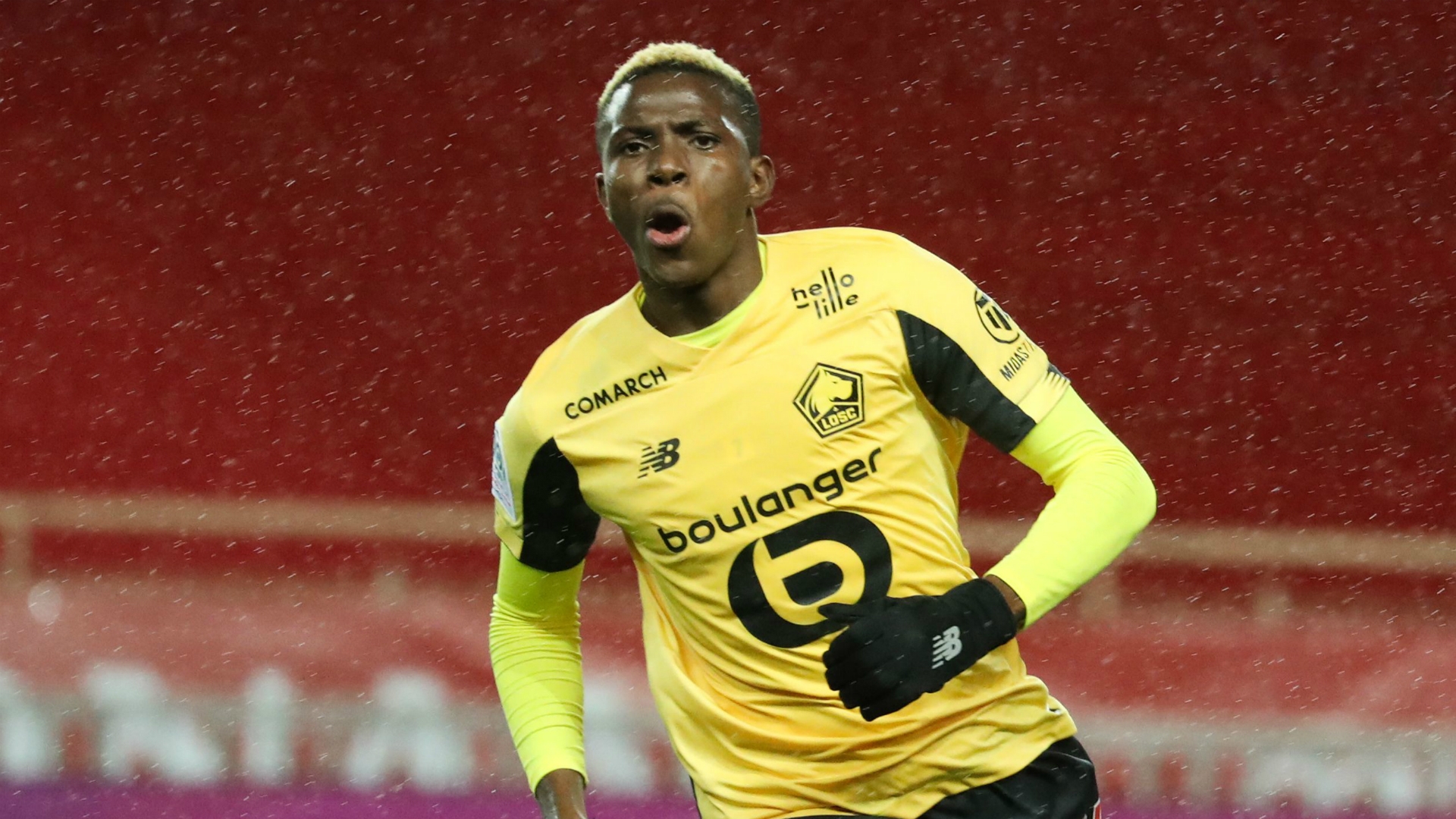 Lille forward Victor Osimhen is reportedly set to travel from France to Italy for transfer negotiations with Napoli.

The red-hot striker has been linked to a number of European clubs following his imperious performances for Christophe Galtier’s men in the 2019-20 campaign,

According to Sky Sport, Osimhen and his agent are expected in Italy in a few hours for a potential move to the Stadio San Paolo outfit.

The forward joined the Mastiffs last summer from Belgian side Sporting Charleroi as a direct replacement for Ivory Coast international Nicolas Pepe, who moved to Arsenal.

Osimhen wasted no time to establish himself in the French top-flight, scoring seven goals in his opening nine games which saw him scoop the Player of the Month award for October.

The 21-year-old ended the campaign with 18 goals and six assists in 38 appearances across all competitions, winning the club’s Player of the Season award in the process.

Last month reports claimed the forward had agreed to join the Parthenopeans on a four-year contract, which the Nigeria international vehemently denied, calling it ‘fake news’.

Osimhen was signed by Wolfsburg in 2017 on the back of his sparkling performances for Nigeria at the 2015 U17 World Cup in Chile, where he won the Golden Boot and Silver Ball awards to help the Golden Eaglets win the title.

He did not play as he would have loved for the German side, owing to injury problems among other issues and his quest to experience a change in fortune saw him move to Charleroi.

The forward scored 20 goals across all competitions for the Belgian club, performances that inspired Lille to secure his signature last summer.

Should he join the Parthenopeans, the striker would link up with Senegal international Kalidou Koulibaly and Algeria’s Faouzi Ghoulam at Stadio San Paolo.