African All Stars
Gbenga Adewoye
12:26 11/12/2018 Comments()
Getty
The Magpies have lost seven of their last nine games at St James' Park and the 31-year-old midfielder wants a change

Mohamed Diame has urged his Newcastle United teammates to improve on their results in home games.

On Sunday, Rafael Benitez’s men suffered a 2-1 loss to Wolverhampton Wanderers at the St James' Park to condemn them to a seventh home defeat in nine games.

The unimpressive results meant that the Magpies are only three places and three points above the bottom three.

And the former Senegal international has charged his colleagues to avoid losing points in front of their fans, especially against lowly-placed sides.

"At home all the bottom teams we face we need to take the three points. When you play away it is different but we should be looking to beat teams in the bottom half when we are at home,” Diame told Chronicle Live.

“I don’t know what to say about the run [seven home defeats from nine]. It’s bad. We know that. We need points and we need to change that as soon as possible."

Although the midfielder acknowledged the effort of the team against Wolves, he is disappointed with the outcome of the tie.

“It was a really bad result. We can say everything about how we fought, we showed good attitude but we lost the points, especially at home that is disappointing,” he continued.

“We had a good point against Everton last Wednesday and Wolves was a good opportunity for us with all the results from Saturday, now we are disappointed not to have done our bit to get the result we wanted.

“When you lose there is always something to blame. I know a lot of people will say we have worked hard, gave a lot but not everything because we lost and we are left disappointed again

"Of course it's difficult to be playing against a good team like Wolves with ten men and we don't know whether a couple of the decisions were right for us.” 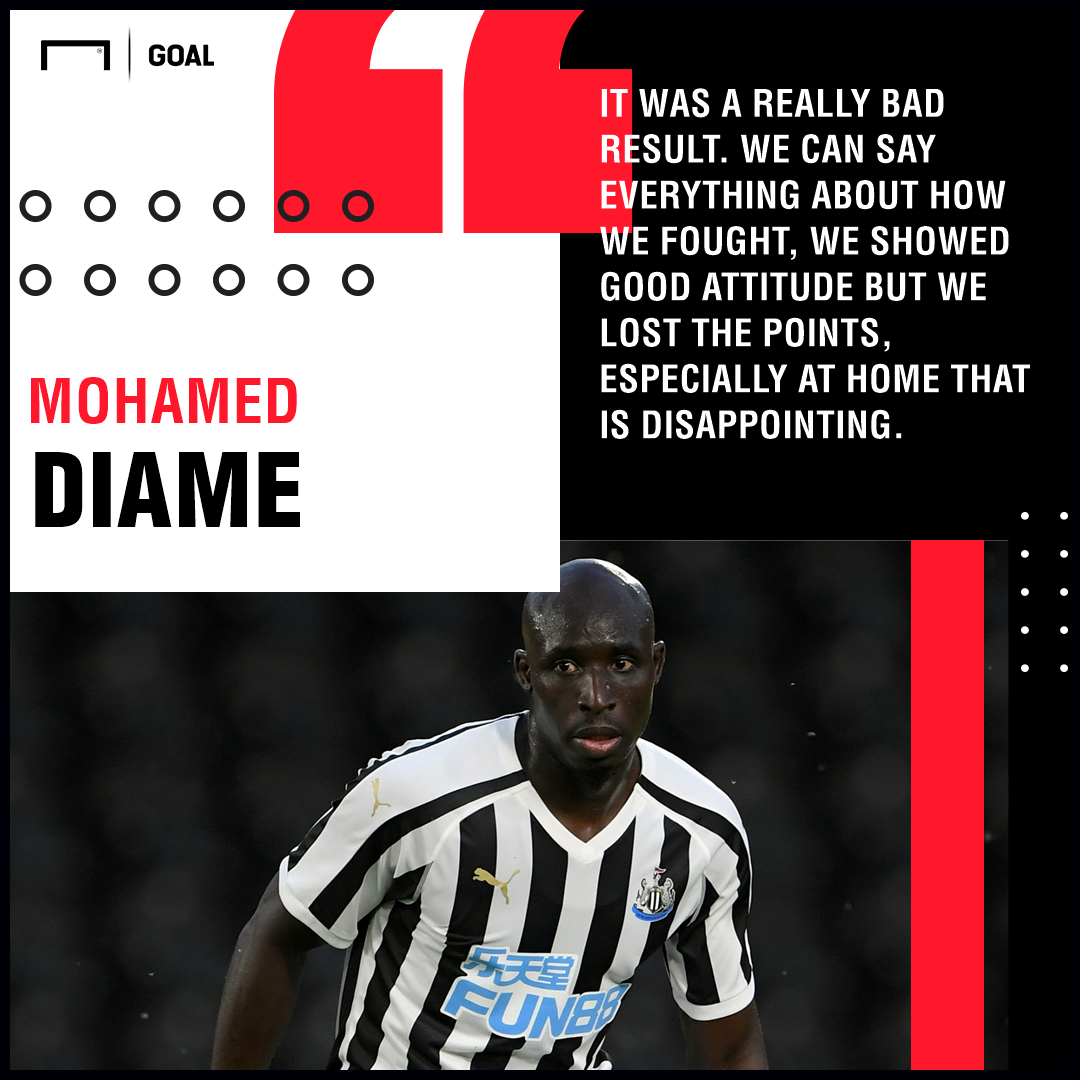 Newcastle take on Huddersfield Town and Fulham in their next two games and Diame wants his side to claim positive results in the encounters.

“We need to make sure we don’t lose even if we don’t win. Huddersfield is another final for us now," he added.

“Nothing really has changed in terms of the next two games, what we need is points and we need those in the next two matches, and we needed those whatever the result against Wolves.

“The attitude and desire we showed, we have to keep that up, and hope we get more than a last-minute goal scored against us to lose. Even with ten men we have to be more concentrated than we were at the end because we conceded that goal and lost the game."