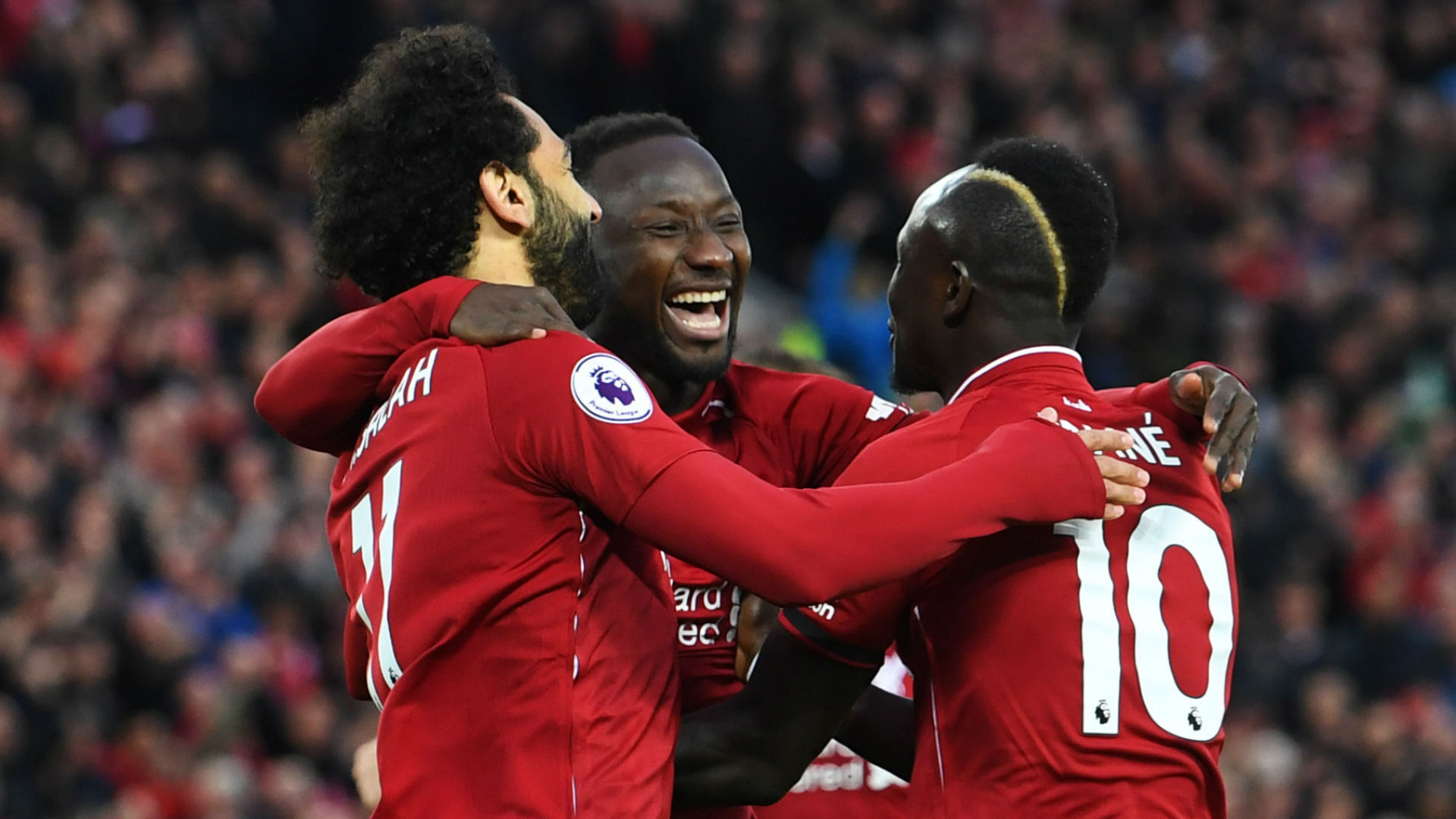 Liverpool didn’t waste any time in setting the tone against Huddersfield in their Premier League contest on Friday with a goal after just 15 seconds.

The Reds came into weekend down in the title race by a point to Manchester City with just three games remaining for each club.

A match against already-relegated Huddersfield at Anfield offered Liverpool the opportunity to take the full three points and put pressure on the reigning champions ahead of City’s visit to Burnley on Sunday.

And Liverpool took immediate advantage of a mistake by the Terriers to give the Anfield faithful something to cheer in less than half a minute.

Right after kickoff, Naby Keita pressed Jon Gorenc Stankovic in his own half, nicked the ball off the midfielder and knocked it into the path of Mohamed Salah.

Salah then played Keita in and though the midfielder scuffed his shot a bit, the placement took it past Huddersfield goalkeeper Jonas Lossl, off the post and into the net.

The goal was clocked as coming in just 15 seconds, which makes it the fastest goal Liverpool have scored in their Premier League history.

The previous fastest on record for the Reds came in 2011 against Fulham, when Maxi Rodriguez found the net in just 32 seconds.

15 - After just 15 seconds, Naby Keita's goal for Liverpool is the quickest they have ever scored in a Premier League match. Lightning. #LIVHUD pic.twitter.com/ADQcCylQMu

It has been a week of lightning-quick Premier League goals as Shane Long broke the league mark with a strike for Southampton against Watford in just seven seconds, breaking the previous record of 9.82 seconds by Ledley King for Tottenham against Bradford in 2000.

The goal was Keita’s third for Liverpool with all three coming in the month of April as the midfielder seems to have found his form for the club at the business end of the season.

While Huddersfield settled down a bit to put Liverpool under some pressure after the initial strike, the Reds would find the next goal as well when Sadio Mane headed home an Andy Robertson cross to make it 2-0.

This goal took a little longer for Liverpool to find, with Mane doubling the advantage in the 23rd minute of the contest. Salah then added a third for Liverpool in first-half stoppage time.

Mane and Salah each added another goal after half-time as the Reds cruised to a 5-0 win at Anfield.