James McAtee: Man City's 'Salford Silva' who turned his back on Man Utd 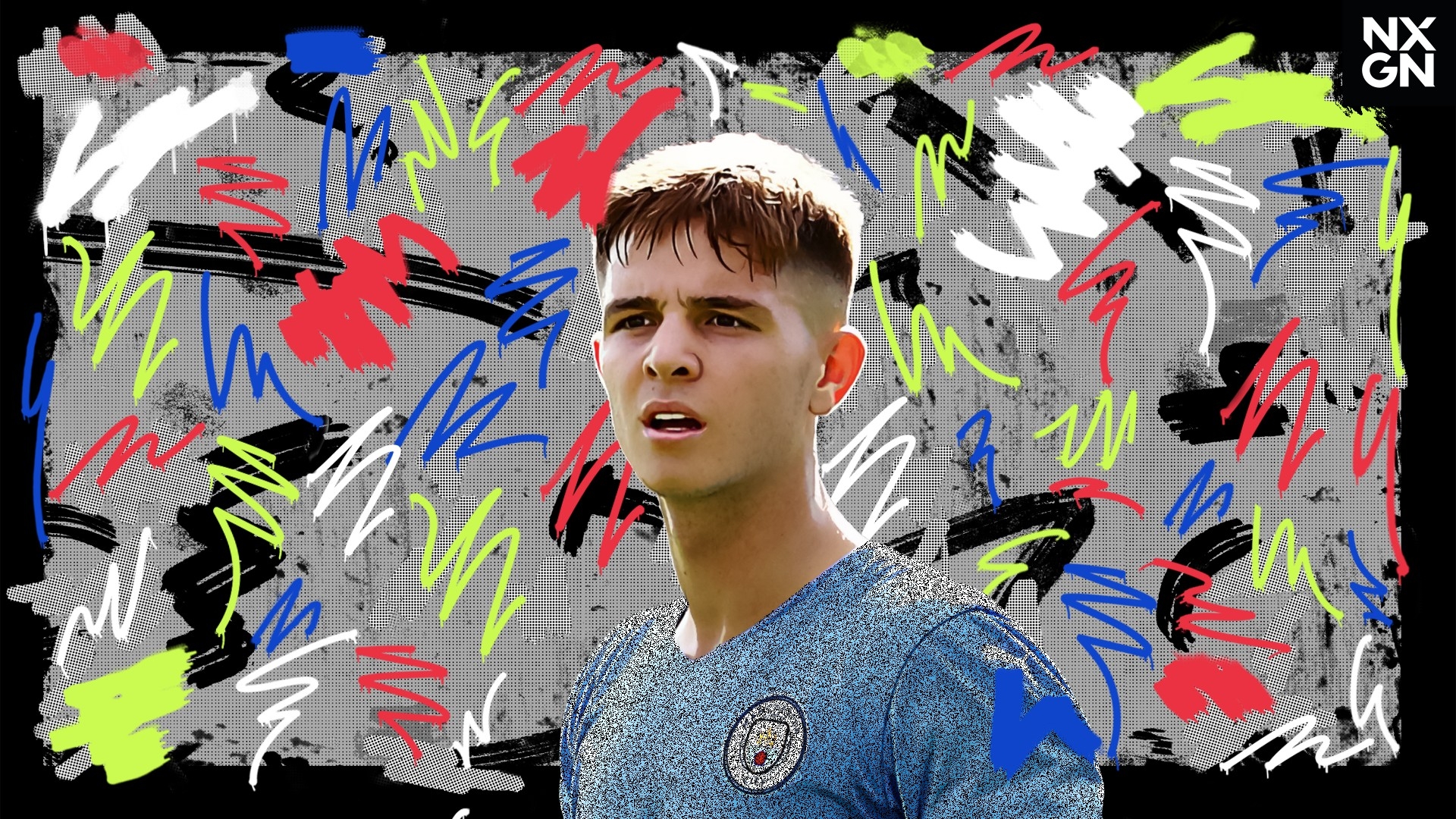 Being a teenage Manchester City player with the nickname 'The Salford Silva' means having to live up to plenty of hype.

That is the position James McAtee finds himself in, after it was noted that a number of the midfielder's main assets were extremely similar to those possessed by City legend David Silva.

Elegance on the ball, quick feet, perfectly weighted passes and a ferocious desire to keep possession; 'El Mago' had it all, as he went from being written off for being too small and fragile to the template for modern midfielders to replicate over the course of a decade.

McAtee's skillset fits that same description, and with the 18-year-old able to develop his game while playing Pep Guardiola's brand of possession-based football, there are hopes that he will force his way into the City first-team picture over the next year or two.

The youngster's ability on the pitch, as well as his temperament off it, have seen him spoken about in hushed tones around the City academy in recent times, as he progressed through the various age-group sides into the club's Elite Development Squad.

It was with that EDS side (or Under-23s) that McAtee won the Premier League 2 title last season, contributing eight goals and nine assists in 23 appearances a year on from being one of the younger members of the City squad that won the FA Youth Cup in 2020.

Those performances earned him the chance to train under Guardiola this pre-season, and having made appearances in the first-team's friendly matches over the summer, he is now closing in on a fully-fledged professional debut after making a remarkable start to the new campaign.

In eight games for club and country he has scored 13 goals, as well as laying on three assists, with his back-to-back hat-tricks for the U23s proving enough to earn him August's Premier League 2 Player of the Month.

His run of form has also seen McAtee - who does not turn 19 until October - net twice and assist one against RB Leipzig during a dominant individual display in City's UEFA Youth League opener, score against League Two side Scunthorpe United's first team in the EFL Trophy and open his account for the England U20s on debut.

McAtee's impact in front of goal is evidence of the work he has been putting in to improve in the final third, with Phil Foden's development from a Silva-esque No.8 into a free-scoring forward player an inspiration for one of City's brightest academy stars.

"I've seen a real hunger from him to develop his goal scoring, and drifting towards that goal," EDS coach Brian Barry-Murphy tells Goal. "He is a very, very talented player and a very creative player.

"I think it's very early in his development. He wants to score goals to support the team and work alongside his team-mates, but understanding he has a special set of qualities that will allow him to score goals and create goals.

"He's very focused on improving that, which is intriguing me."

Superb strike from the skipper 🎯

And while there is intrigue inside City at McAtee's potential, across town there is likely some lingering frustration at Manchester United over how he was allowed to slip through their fingers as an 11-year-old.

He and older brother, John, were both training with United as children, but when they decided to let John go, the boys' father decided to take out James with him, and City were only to happy to welcome him into their academy structure.

John, who was previously a transfer target for Newcastle, now plays in the National League for Grimsby Town, while they are not the only members of the family with sporting links.

For the youngest McAtee, his opportunity to perform on the biggest stage may just be around the corner.

City turned down a number of loan offers from clubs across Europe as well those in the Championship for McAtee over the summer, and with Guardiola's squad currently decimated by injuries, the Catalan will likely be looking to the youth ranks for reinforcements for upcoming matches.

That may mean a senior debut against Wycombe Wanderers in the Carabao Cup on Tuesday, but if that does not manifest itself, that does not mean that his chance will not come before the campaign is out.

'The Salford Silva' is posting numbers that are too good to ignore, with the burden of carrying such a nickname not seeming to sit too heavily on the teenager's shoulders.