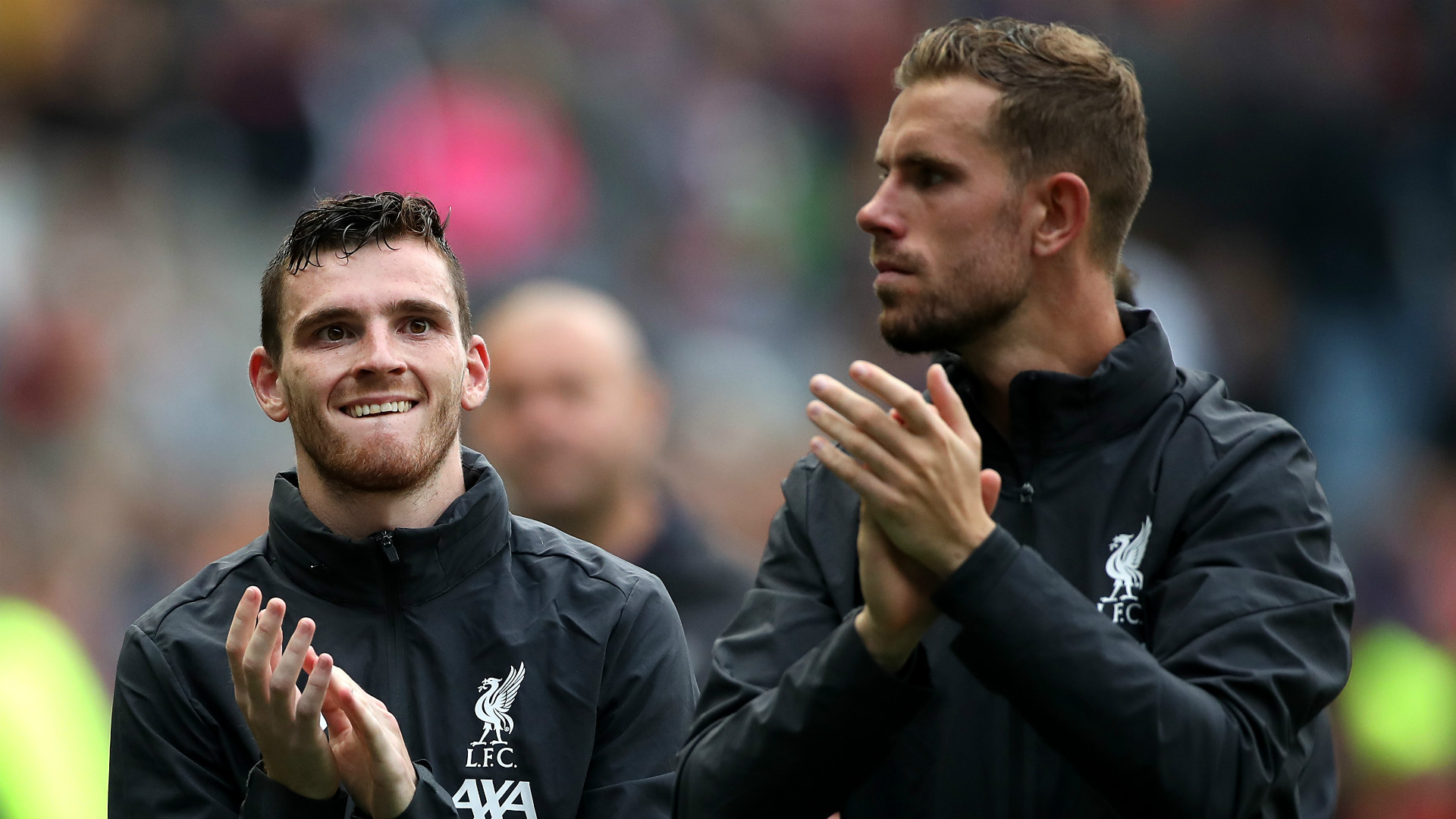 Liverpool are on course for their first top-flight title since 1990, and the left-back thinks much of their success is down to their captain

Andy Robertson believes that Liverpool captain Jordan Henderson is the ‘leading candidate’ to win this season's Premier League Player of the Year award.

The Scot feels that his team-mate and skipper deserves more recognition as one of the country’s best players, and says Henderson is one of the main reasons behind the Reds' recent success.

Liverpool have won 24 of their 25 league games this season, drawing the other, ensuring Jurgen Klopp’s side have generated a 22-point gap at the top of the table.

They have scored 60 goals and boast the best defensive record in the league, with just 15 goals conceded, and Robertson thinks that Henderson is the driving force behind the impressive run of form.

“For me, I think he's the leading candidate [for player of the year],” Robertson told Sky Sports. “At times this season when we've struggled Hendo has been the one that has driven us forward.

Henderson has made 24 league appearances this season, one fewer than Robertson who has been an ever-present in the current campaign.

The captain has three goals and four assists for the season, and has also been key to the club’s progression to the Champions League knockout stages.

The 29-year-old showed his importance to the team with a goal and assist in each of the recent league encounters with Wolves and Southampton, and Robertson believes his team-mate is finally getting the appreciation his performances deserve.

“Maybe his performances at the start of the season went a little bit under the radar, but as the season has progressed he's not really had a bad game," added the Scotland international.

“You really appreciate him when you train with him every day and in this country he's not been appreciated enough in his character.

“He's getting the recognition he deserves because he is a fantastic player, a fantastic role model and a fantastic captain. He's driven us to three points at times this season when we've struggled.”

Liverpool's latest win over Southampton ensured Klopp's men made it 42 league games unbeaten, with Henderson grabbing his third goal of the season on the hour mark in the 4-0 win.