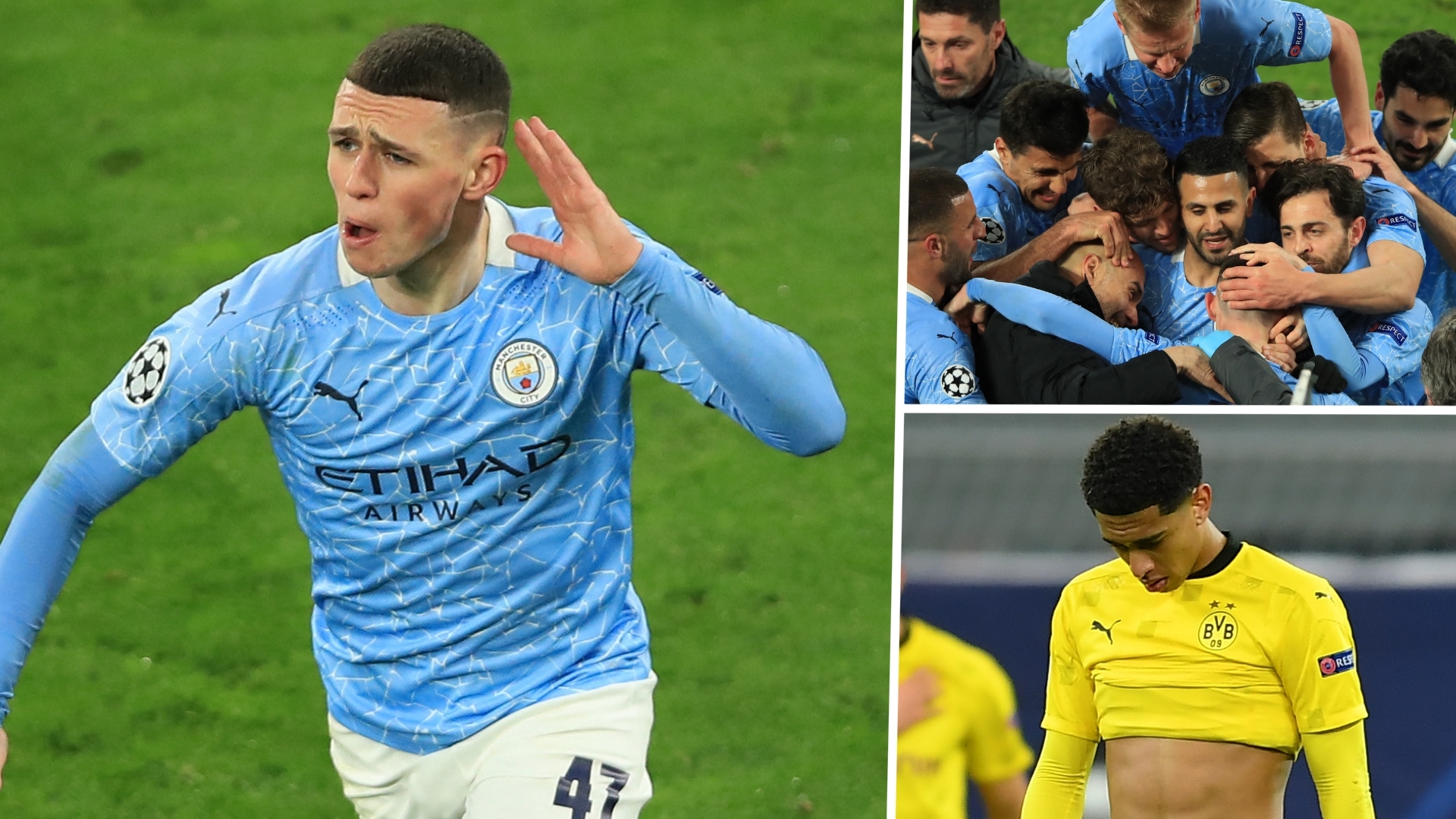 After three successive exits at the last-eight stage of the Champions League, Pep Guardiola's side reached the semi-finals after victory over Dortmund

Prior to the second leg of Manchester City's Champions League quarter-final against Borussia Dortmund, local fans in the German city had set off fireworks overnight in a bid to disturb the sleep of their visitors.

But on Wednesday, it was Phil Foden who sparkled at Signal-Iduna Park, his goal sparking emotional celebrations as City finally ended their quarter-final curse under Pep Guardiola to reach the competition's final four for the first time under the Spaniard.

Make no mistake, though - this was another night when nerves were shredded after Foden's even younger England team-mate, Jude Bellingham, threatened to add another chapter to City's European heartbreak.

Slim margins have cost City in the past three years, and they were heading for a fourth successive quarter-final exit after a brilliant and breathless performance from 17-year-old Bellingham saw him fire Dortmund into a first-half lead that would have seen them through on away goals.

City needed a goal of their own, and were literally handed a lifeline when Foden's cross struck Emre Can's arm in the 55th-minute.

As Riyad Mahrez stepped up to take the spot-kick, even the usually ice-cool Kevin De Bruyne could be seen biting his nails. Similar scenes were taking place around living rooms in Manchester, that is for sure.

City have missed nine of their last 25 penalties, while Mahrez's infamous effort that almost cleared the Anfield Road stand against Liverpool in 2018 remains ingrained in the memories of most City fans.

The Algeria international was brave enough to step up again here though, and this time made no mistake as he smashed the ball past keeper Marwin Hitz.

The relief was almost visible in the City legs, and from then on there was only going to be one winner on the night, and in the tie.

Foden had given City an important advantage in the first leg with his last-minute strike, and he made sure of victory here with a thumping 20-yard low strike that smashed in off the near post.

The 20-year-old - only the second player under the age of 21 to score in both legs of a Champions League quarter-final tie after Kylian Mbappe - was again absolutely fearless as City once more lined up without a recognised striker.

But while the Premier League leaders remain the only unbeaten team left in the Champions League, this was far from a comfortable night - mainly because of the dynamic Bellingham.

Twice in the last three seasons it was English sides that ended Guardiola’s hopes at this stage after defeats to Liverpool and Tottenham in 2018 and 2019, respectively.

This time it was an Englishman - or rather an English teenager - who gave them a real scare.

Former Birmingham City midfielder Bellingham fired in a superb opener, becoming the youngest English player to score in the Champions League and the second youngest of any nationality to find the net in a knockout game.

He was denied a goal by a dubious refereeing decision in the first leg at the Etihad Stadium, but nothing could stop him giving Dortmund a 15th-minute advantage - not even a hand from Ederson.

Haaland, who was largely kept quiet throughout the night, briefly lost John Stones from Can’s long ball, and when the ball eventually found its way to Bellingham, he coolly steered a shot into the top corner.

De Bruyne almost answered as he rattled the bar from the edge of the box before Bellingham scrambled away a Mahrez shot when his low effort was heading goalwards as City went in behind at the break.

But Mahrez made the most of his big moment following the restart, and Foden made sure there was to be no comeback.

City's quadruple dream lives on until Saturday's FA Cup semi-final against Chelsea at least, with Paris Saint-Germain, Mbappe and Neymar waiting for them when the Champions League resumes at the end of April.

Guardiola may have slept through the fireworks outside his hotel room in the early hours of Wednesday night.

But he will not have missed the way Foden illuminated a memorable Champions League night in City's history.