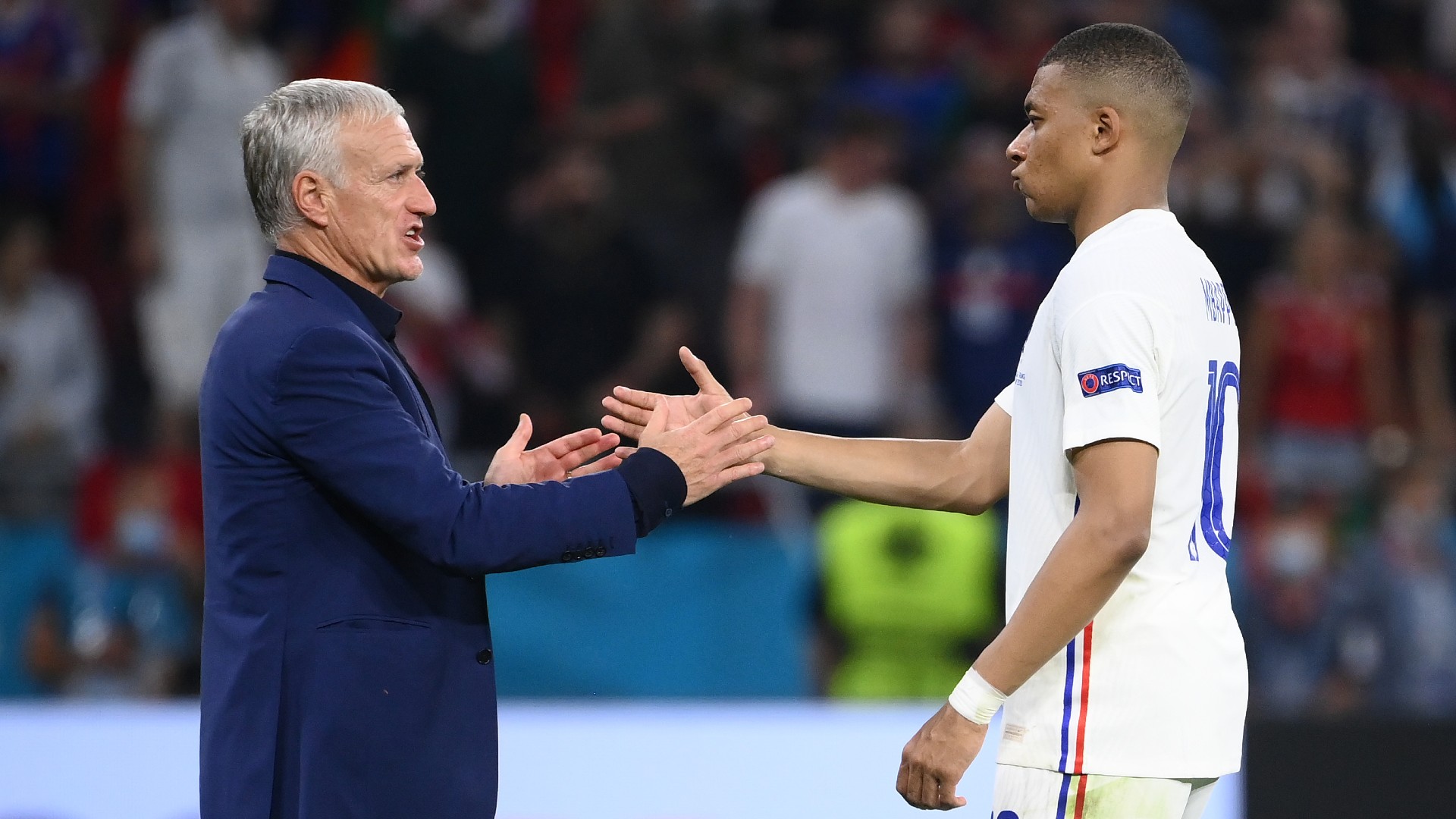 Kylian Mbappe may be one of the best players on the planet, but Jerome Rothen claims the Paris Saint-Germain forward's ego has become "problematic" and can no longer be managed by France boss Didier Deschamps.

At 22 years of age, a mercurial talent has already collected four Ligue 1 titles and World Cup trophy - while now being in the process of chasing down European Championship glory.

Plaudits have rained down on the hottest of prospects, with ex-PSG and Les Bleus player Rothen suggesting that power has gone to Mbappe's head as he becomes increasingly difficult to coach.

Rothen, who won 13 caps for his country and figured in their squad at Euro 2004, has told RMC Sport of Mbappe: "That he is the leader on the pitch, no problem... that it [his ego] goes off the field too, that bothers me.

"I think Didier Deschamps can no longer manage it and it is problematic. It is even surprising that he lets Kylian Mbappe do so many things.

"It can be seen in his performances on the pitch. Today, we cannot say that Kylian Mbappe has had a successful Euros.

"Is he in the right frame of mind like he was at PSG throughout the end of the season? I would say no.

"We expect much better from Kylian Mbappe. Everyone thinks that Mbappe is one of the best players in Europe. But if you immediately put him in the category of the very best, you cannot be satisfied."

Mbappe's ability dictates that he will remain a prominent part of Deschamps' plans at this summer's European Championship, despite being yet to find the target.

He has looked lively through three games, as France topped the so-called 'Group of Death', and is doing all he can to break a duck on the most prominent of international stages.

Rothen is, however, of the opinion that Mbappe should be kept off free-kick duty, with Les Bleus boasting better options in that department.

He added: "Is he aware that he does not have the class of some [of the others] in the group on set pieces?

"Maybe he scores them in training. But I watch all of Mbappe's matches. Do you remember a magnificent free-kick? From 25 metres?

"On the other hand, I remember some from [Antoine] Griezmann, from [Paul] Pogba. That's two already, a left footer and a right footer. So what is he [Mbappe] doing there?"

France will be back in Euros action on Monday when facing Switzerland in the last-16.