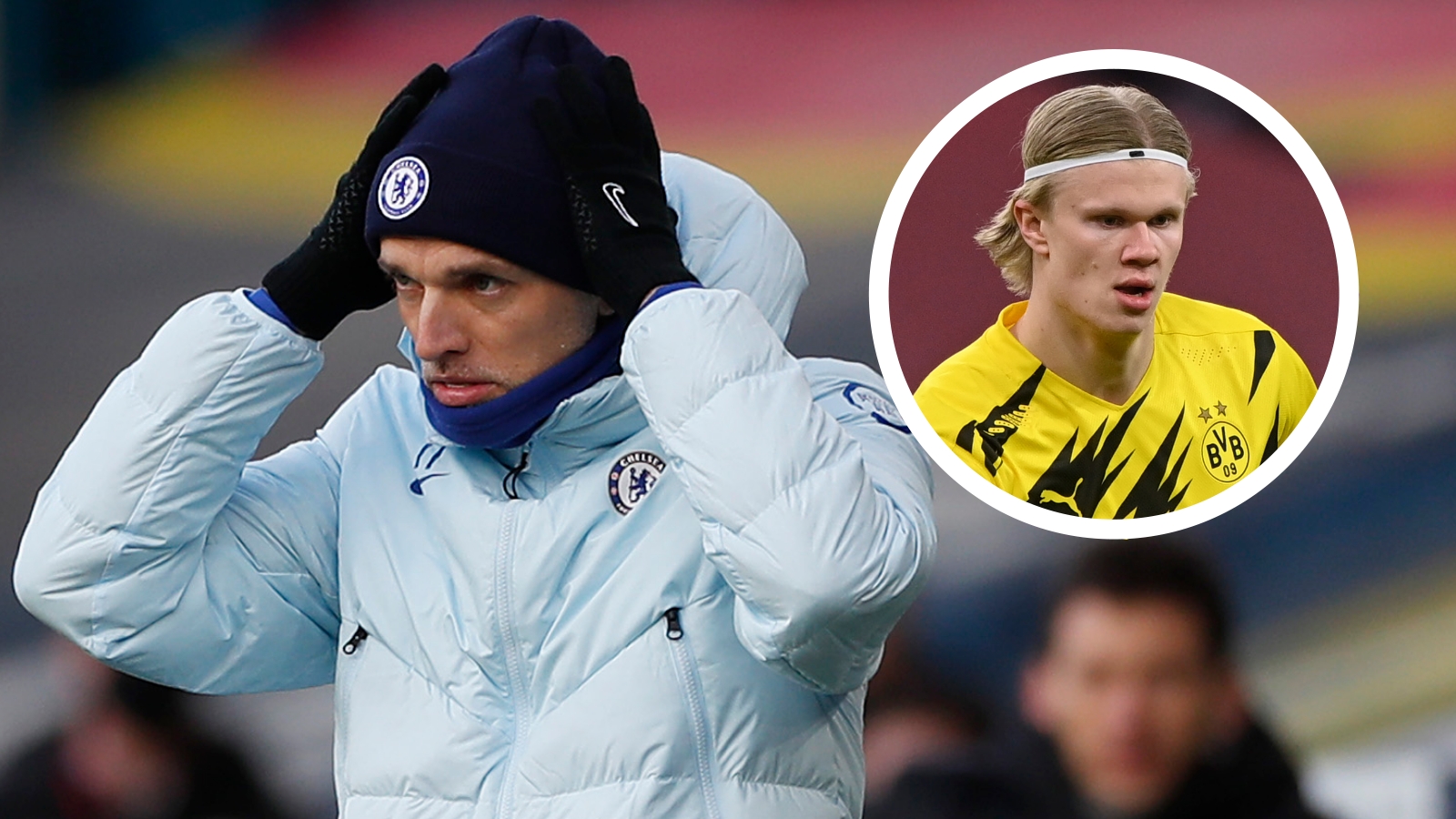 Thomas Tuchel claims that he "fell into a trap" when he indicated that Chelsea regularly discussed a move for Erling Haaland.

The German previously suggested that the Blues held weekly talks over launching a transfer bid for the Borussia Dortmund star.

Speaking now however, the manager stated that his comments were meant to be tongue-in-cheek, but acknowledged that the context of his words likely gave the wrong impression in the end.

“I fell into a trap,” Tuchel said when reflecting on his words. “I got an award in Germany, an award from a newspaper. They gave me this award and asked me about a player.

“Normally I never, never speak about other players, because I simply never do. We were making more or less fun about it and I should have known better.

"Because in making fun about it and being a nice guy to answer a question ... getting this award I joke about a double striker with Romelu [Lukaku] in October and it gets like we put an offer in. That was the context, but I should have known better.”

What were Tuchel's original comments?

Previously, the former Paris Saint-Germain boss indicated that Haaland was a priority target when discussing the matter with Bild following his aforementioned award.

“We talked about Erling Haaland a couple of times, including during the transfer window," he said. "But then it seemed absolutely unrealistic and not at all feasible.

“We talk about him regularly, of course, because he’s a fantastic player and clearly the defining figure at Dortmund, who is a big rival for us in the Champions League.”

Given their success in the Champions League last term and their solid start to the new campaign, Chelsea could well be a destination for Haaland if he is to move elsewhere.

The Leeds-born Norway international is Dortmund's flagship figure following Jadon Sancho's exit, and the club will face a tough fight to keep him on their books long term.

Other European heavyweights will be in the fight to capture his signature however, setting a tough task for Tuchel to bring him to Stamford Bridge.